A San Antonio man convicted of killing a business owner during a robbery is set to be executed exactly one week from Tuesday. 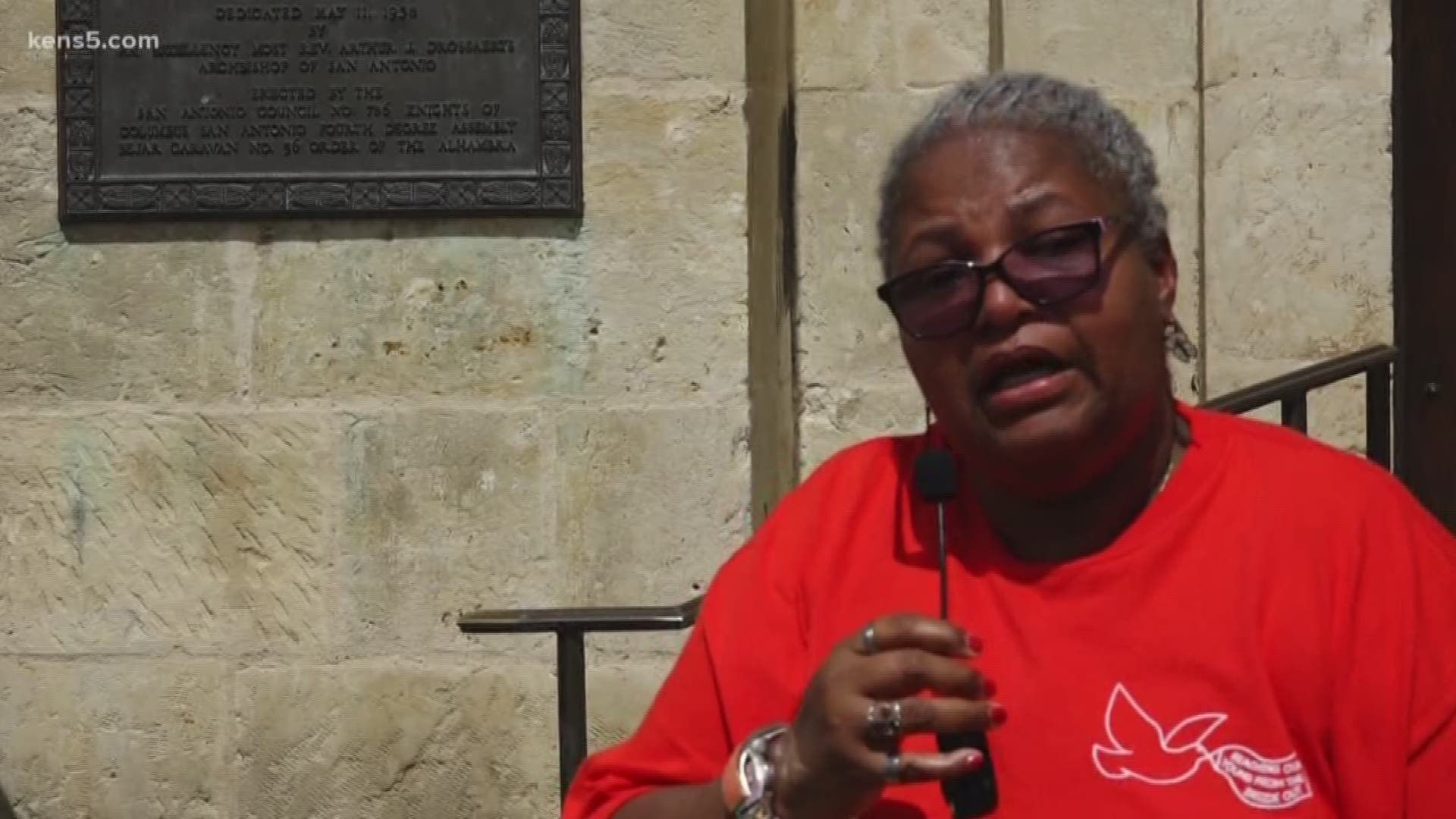 SAN ANTONIO -- Faith leaders, supporters and family of Chris Young are making one last plea to stop his execution. This morning, the Texas Coalition to Abolish the Death Penalty held a press conference at main plaza.

In 2004, Young shot and killed San Antonio convenience store owner, 55-year-old Hasmukh "Hash" Patel. Young was sentenced to death in 2006. His attorney, Jeff Newberry, said the state violated his client's right during jury selection of the trial. An African-American juror wasn't selected because of her affiliation with the Outreach Ministries Program at Calvary Baptist Church. The church had members that was part of a prison ministry program but the juror did not participate in the program.

"The CCA [Criminal Court of Appeals] has an opportunity to correct that mistake and we urge them to do so and to say that religious discrimination has no place in courtrooms of Texas," Newberry said.

Faith leaders said while they don't take share the same views on the death penalty, they believe Young deserves a new trial. Part of the statement from San Antonio religious leaders reads:

"We believe that the process by which Christopher Young was sentenced to death was tainted by the decision of the government to strike a juror not because of her personal beliefs or any state inability to be impartial but solely because she was affiliated with a ministry that works to improve the lives of the poor, the elderly and the incarcerated."

It continued on to say: "We call on the State of Texas to uphold its commitment to religious liberty by disavowing the discrimination that occurred in this case. Our state and local officials can prevent a serious miscarriage of justice by stopping this execution and giving Mr. Young a new trial untainted by discrimination against jurors of faith."

Eyewitness News spoke with the victim's son, Mitesh Patel, who was at the press conference. He said he doesn't want Young killed. He said the execution would mean Young's two daughters would be without their father.

In an online clemency petition that's garnered more than 23,000 signatures so far, Young shares how getting death row helped him turn his life around. Young was a gang member, did drugs and lived a life of crime. He said if given the opportunity to live, he wants to help troubled youth avoid the path he led in his life.

"I tried to start a big brother program because I know where I'm from, the credibility I have, I've been in prison. Growing up where I grew up at, prison is where you're going," he said. "I can talk to boys. I can get their ear and take them away from it. Take them away from the path they're on and put them on a good path."

Valerie Harris, Young's great-aunt and pastor, shared how Young has turned his life around. She spoke at the press conference tears and pleaded in tears to the governor to grant Young mercy.

"If you need a life, if you need a sacrifice, I would trade my life any day of the week for what's inside Christopher Young. This man has loved so great and I know his story. I know his conviction. I know his passion to go out and save the world," Harris said.

Several people who were once in prison shared their personal stories about the role of faith in their lives at the press conference as well. One of the speakers, Reverend O. L. Kelly II, was convicted of murder and went to prison. He said he is proof that people can change. He visits inmates at Young's prison to minister to them.

"I'm a true story of redemption. If the state would have thrown me away and executed me or let me rot in prison, I wouldn't be doing any of the things I'm doing on social media or in the community for minority people and people of all color who are disadvantaged and facing injustices," said Kelly II.

The Texas Board of Pardons and Paroles will vote this Friday at 1 p.m. to possibly grant clemency. Young attorney's filed a new appeal in June. The board can decide to reduce his sentence to a lesser penalty or recommend a 120 day reprieve. If you would like to sign Young's clemency petition, click here.