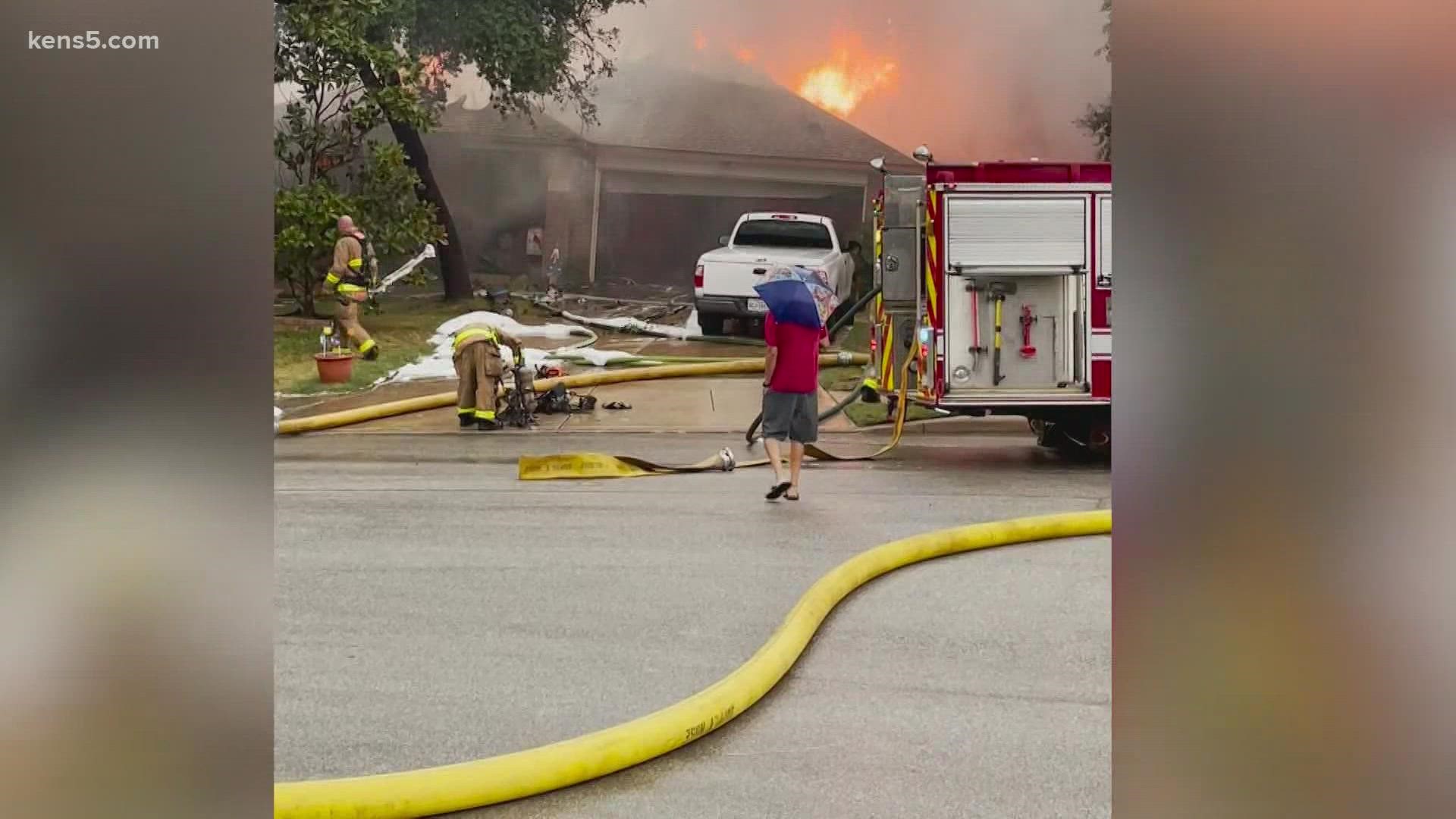 One of the homes in the Westover Forest subdivision was completely destroyed.

“The house rocked from the lightning,” said Brent Leaming.

Leaming said it was a lightning strike that struck a gas line causing his house to go up in flames.

“The whole house went up in four minutes,” said Leaming.

The fire devastated the house, Leaming said they lost everything.

He was able to get his 84-year-old mother out of the burning house, and her small dog, but couldn’t find their other pet.

“I went back and the smoke was waist high,” said Leaming.   “I got on my hands and knees trying to find our inside cat. I became overwhelmed with the smoke. I couldn't find him.”

Leaming said they have searched through the rubble in the aftermath of the fire, and couldn’t find his cat named Hunter.  He’s hoping the rescue cat was somehow able to escape.

“I'm hoping he got out and it’s just roaming the neighborhoods. I've been cruising around looking for him,” said Leaming.

While neighbors have stepped in to lend support and help him care for his mother, Leaming said he’s grateful to be alive.

“With a flash of lightning, you can lose everything that you own,” said Leaming.  “Everybody say your prayers because this could happen to you.”

If you’ve seen Leaming’s cat Hunter in the Westover Forest area, send us an email at news@kens5.com or send us a message on our Facebook page.