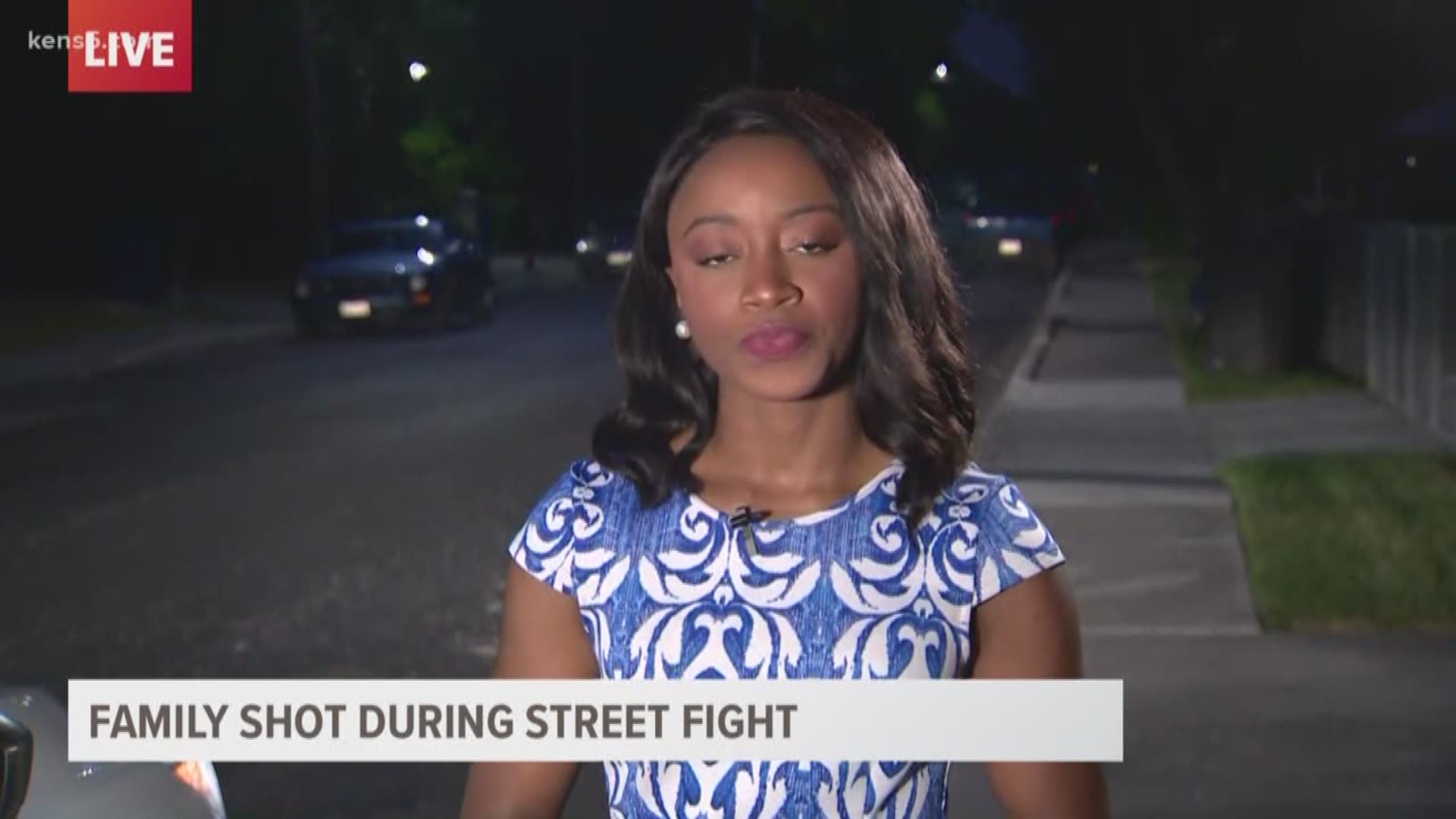 San Antonio — The suspect has been identified in a street fight between an entire family that left four people hospitalized on the city's west side.

Police were called out to the 100 block of Holly Street shortly after 11 pm Wednesday night.

Investigators said an argument between neighbors escalated into fighting in the middle of the street. Police say they found a suspect, 22-year-old Abelardo Garcia, III, in the street resisting arrest. Officers say they had to tase him before taking him into custody. Other officers discovered four victims had been shot by a 'high-powered rifle'.

Police say the victims were a juvenile male, 35-year-old Isidrio Sanchez, 39-year-old Araceli Lozano, and 17-year-old Jason Martinez. All four were transported to University Hospital. Two of them were in critical condition, at last check.

One suspect was discovered at a house in the 100 block of Holly, along with a firearm.

Two officers were also injured attempting to break up the fight. Both were also transported to the hospital.