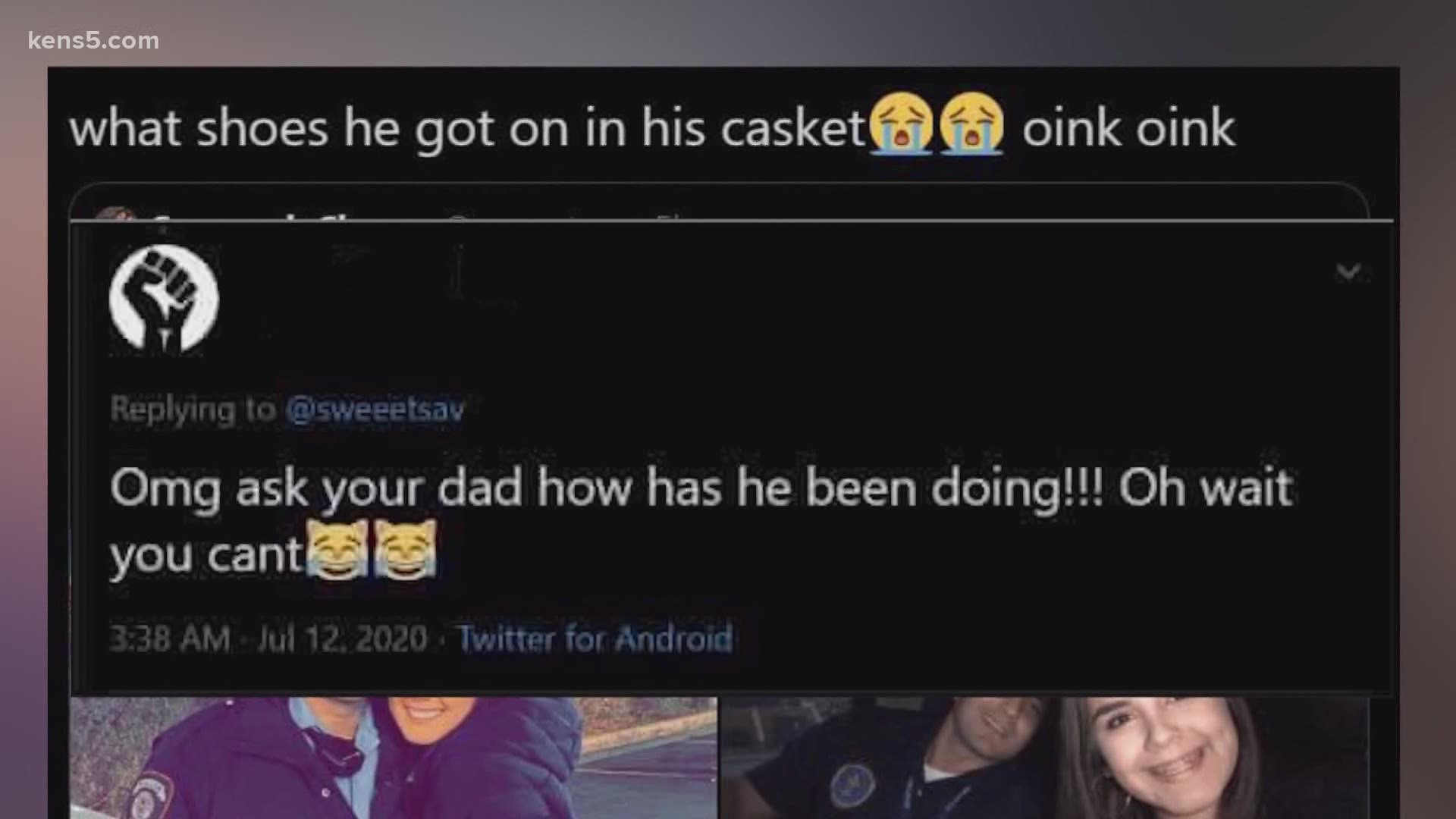 MCALLEN, Texas — Outrage after a fallen police officer’s daughter shared her grief in a Twitter post, and a barrage of negative tweets from online attackers forced her to delete the tweet.

“It was vile, disgusting, hateful comments that nobody, nobody should be subjected to, much less an individual mourning the loss of a loved one,” said Richard Jankovsky, President of the Texas Department of Public Safety Officers Association.

Two McAllen Police Officers were killed in the line of duty Saturday in an ambush attack after responding to a disturbance call.

The shooter then turned the gun on himself.

Officers Ismael Chavez and Edelmiro Garza, Jr. both died at the scene.

That night Chavez’s 18-year-old daughter, Savannah, posted a tribute to her dad on Twitter, saying in part, “You died doing what you loved most. You died a hero.”

What followed was an endless stream of hatred and harassment, according to Jankovsky.

“All of the negative posts were just extreme, vulgar posts referencing and celebrating the death of a law enforcement officer in the line of duty,” said Jankovsky.

Jankovsky shared some screenshots of the tweets with KENS5.

One said “blue lives don’t exist,” another saying, “Omg ask your dad how he has been doing!!! Oh wait you can’t.”

One of the online users retweeted Savannah’s tweet, with the comment, “what shoes he got on in his casket. Oink Oink Oink.”

Jankovsky said the comments were nothing but anti-police rhetoric.

“It does incite others to commit acts of violence toward particular groups of people, whether it’s law enforcement or not,” he said.

Savannah’s tweet has since been deleted. Jankovsky said because of the backlash online.

The DPS Officers Association wrote a letter to Texas Attorney General Ken Paxton asking for legal actions to be taken against the online attackers.

The letter states, “Sickeningly, online attackers posted hundreds of disgusting comments harassing Savannah and tormenting her over the death of her father to the point she deleted her tweet.”

It goes on to say, “We ask for your assistance to review if any of these attacks could be prosecuted through Texas Penal Code 42.07 or some other relevant statute. We also welcome your input into how Texas law could be strengthened to seek redress for this vicious, unconscionable behavior.”

“We feel that it was necessary to send that letter to the Attorney General because this can impact anybody, not necessarily even limited to police,” said Jankovsky.

The letter gaining support from other state leaders. Texas Speaker of the House, Dennis Bonnen posted on Facebook saying, “Enough is enough with the vitriol and cowardice of gutless ‘keyboard warriors.’”

KENS5 tried to reach out to Attorney General Paxton’s Office for a response, but were not able to reach anyone.

Jankovsky said Paxton’s team reached out to the DPSOA and said they are looking into the matter.

“This online harassment shouldn’t be tolerated by anybody,” said Jankovsky.