Cinnaholic is a franchise with dozens of locations in the United States. But, the San Antonio location has been around for about a year and a half. 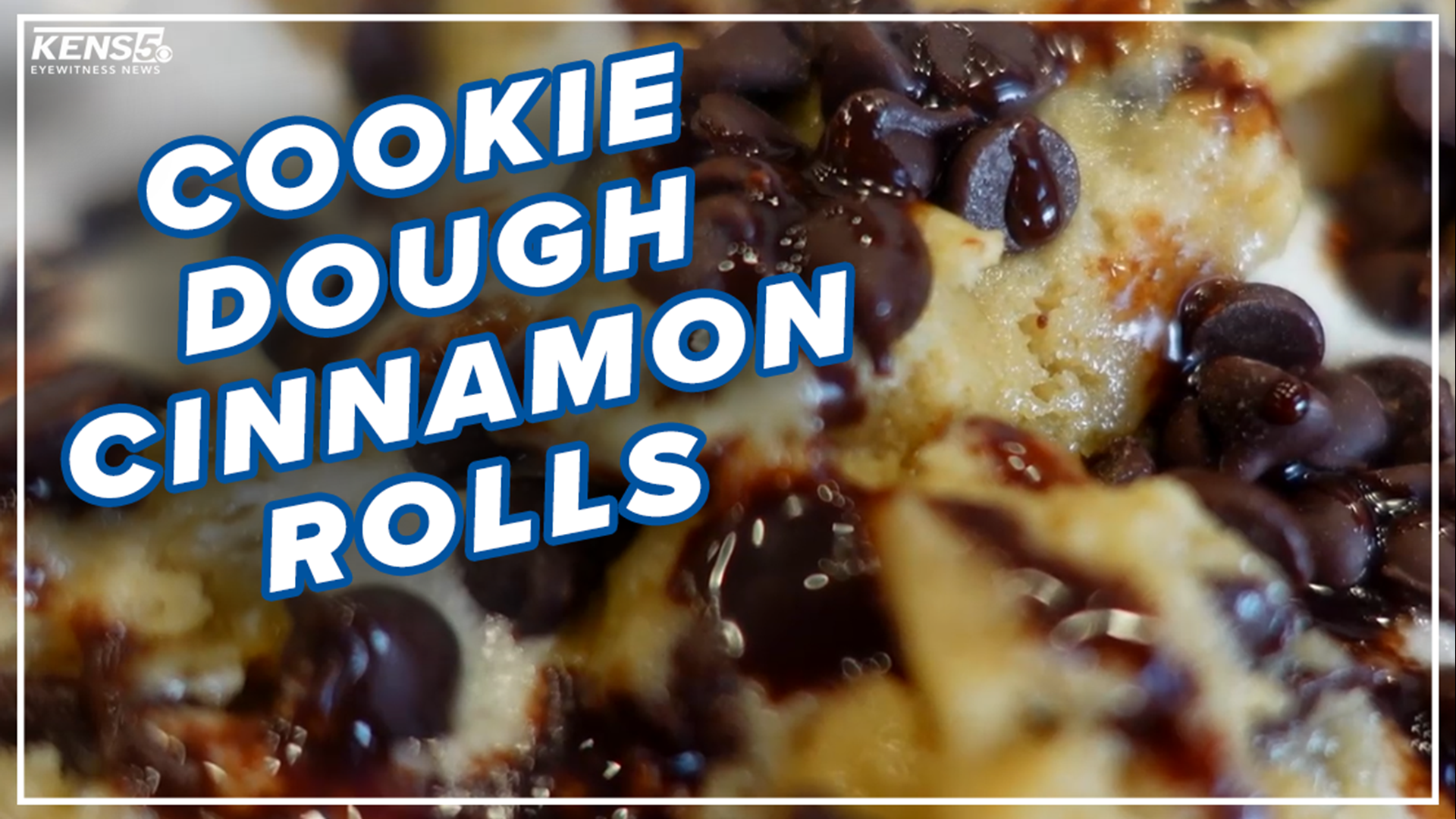 SAN ANTONIO — Based on the store name, Cinnaholic, it’s safe to say this place is all about sweet, sweet cinnamon rolls.

"We bake fresh rolls all day long. Every twenty minutes or so, they're popped in the oven. So, they're always warm and fresh for you," said Manager Samantha Valdez.

The San Antonio location is on 812 South Alamo Street south of downtown. The business was even featured on Shark Tank.

But they didn’t just pitch any typical cinnamon rolls. One of the things that makes this place stand out is that everything is 100% vegan.

"Our stuff is really cool because you can't really tell it's vegan. A lot of people come in all the time and don't even know until a few visits," said Valdez.

Cinnaholic is a franchise with dozens of locations in the United States. But, the San Antonio location has been around for about a year and a half.

And Valdez even moved across Texas to work here.

"When I saw they were opening one in San Antonio, I had to be a part of that. So, I moved down here to San Antonio right when we opened and I've been here ever since," said Valdez.

And being in the Alamo City, you have a lot of tasty bakeries around the area. But, Valdez even let us get behind the counter, after putting on gloves of course, to see what their treats are all about.

"Our Cookie Monster -- that's our number one seller. It has our cream cheese frosting and then we have a bunch of cookie dough on top, some chocolate chips and chocolate sauce," said Valdez.

"And then we have our staff favorite. It's our Breakfast in Bed Roll. That one has our strawberry frosting with strawberries, blueberries, pie crumble and a little bit of powdered sugar on top," said Valdez.

"And then we'll be doing our German Chocolate Roll. It's one of our seasonal offerings right now. It has our chocolate frosting, brownie bites, coconut custard and some pecans," said Valdez.

And we’re seeing a lot of vegan options pop up in San Antonio.

"If you've never had any sort of vegan sweets before, this is a really good first experience. It's a good way to sort of transition itself into veganism," said Valdez.