This museum is hosting an event with peach cobbler tastings, crafts and barrel racing | Everything 210

We visited the Briscoe Western Art Museum to see what new and exciting things people can expect. 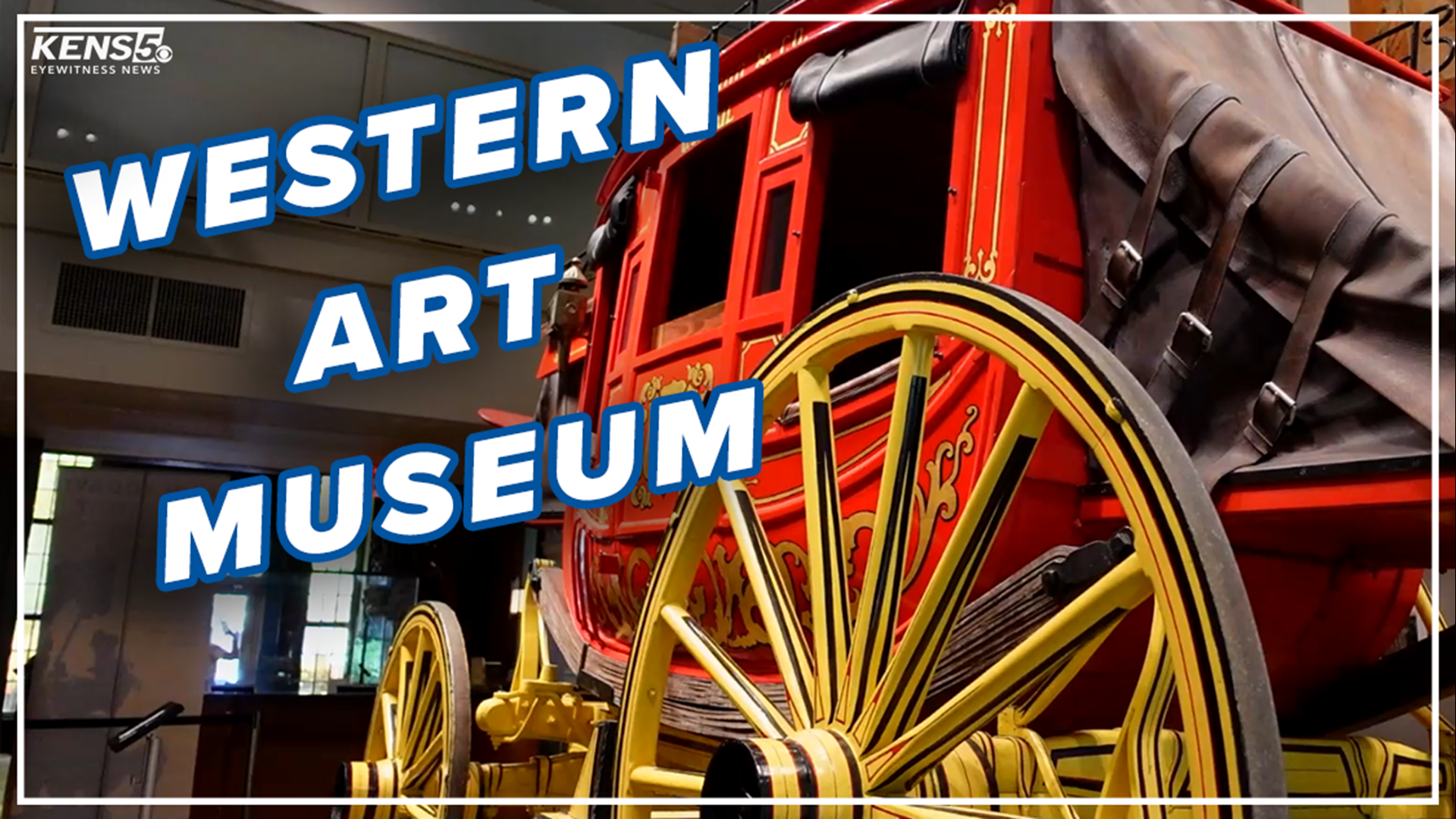 SAN ANTONIO — A museum honoring western heritage has been in San Antonio for seven years. But, many locals haven't yet had a chance to see it. So, if you’re looking for a family-friendly place in the 210 that takes you on a trip back in time, we’ve got you covered.

"There are a lot of museums in San Antonio, but the Briscoe Western Art Museum is unique because it preserves and interprets the art and the history and the culture of the American West," said Melanie Schwebke, Curator of Education.

And preserving that culture means highlighting the history of every person in the western days.

"We're showcasing the diversity of the American West and the often untold and unknown stories, which include women's stories, Black cowboys, the vaqueros and even Chinese cowboys as well," said Schwebke.

And why have the museum in the Alamo City?

"We say the West starts here because San Antonio played a vital role within the cattle drives. Cattle would be driven up from the Valley and stop in San Antonio as they made their way northward," said Schwebke.

You can also take in the battle of the Alamo and get an up close look at an Abraham Lincoln sculpture.

"It was done by the same artist sculpture who did the Mount Rushmore Abraham Lincoln as well," said Schwebke.

And then we got an exclusive look at is the Still in the Saddle exhibit where they highlight classic western films. Even if you’re not a movie buff, you probably know John Wayne. And his clothes are even on display.

"So, if you’re intrigued by just the few things mentioned, they have an event on Saturday, July 24 for National Day of the Cowboy.

"We are going to be having crafts and presenters available from 10-2. We’re going to be having a chance for you to make your own cowboy vest and spurs. Outside, we will have a chuckwagon. We will have tastes of peach cobbler and some beans," said Schwebke. "It's going to be free to the public. and it's open to the whole community. We'd love to see everyone come down, and it's a great chance to explore the museum."

That same day, you can also check out Sips and Sounds, which takes place between 6:30 p.m. and 9:30 p.m. There will be live music, a food truck, two complimentary beer tickets and more.

For more information on that event, as well everything you can expect at the Briscoe, click here.