Fantasy invades the familiar: What to expect at the San Antonio Zoo's new Dragon Forest 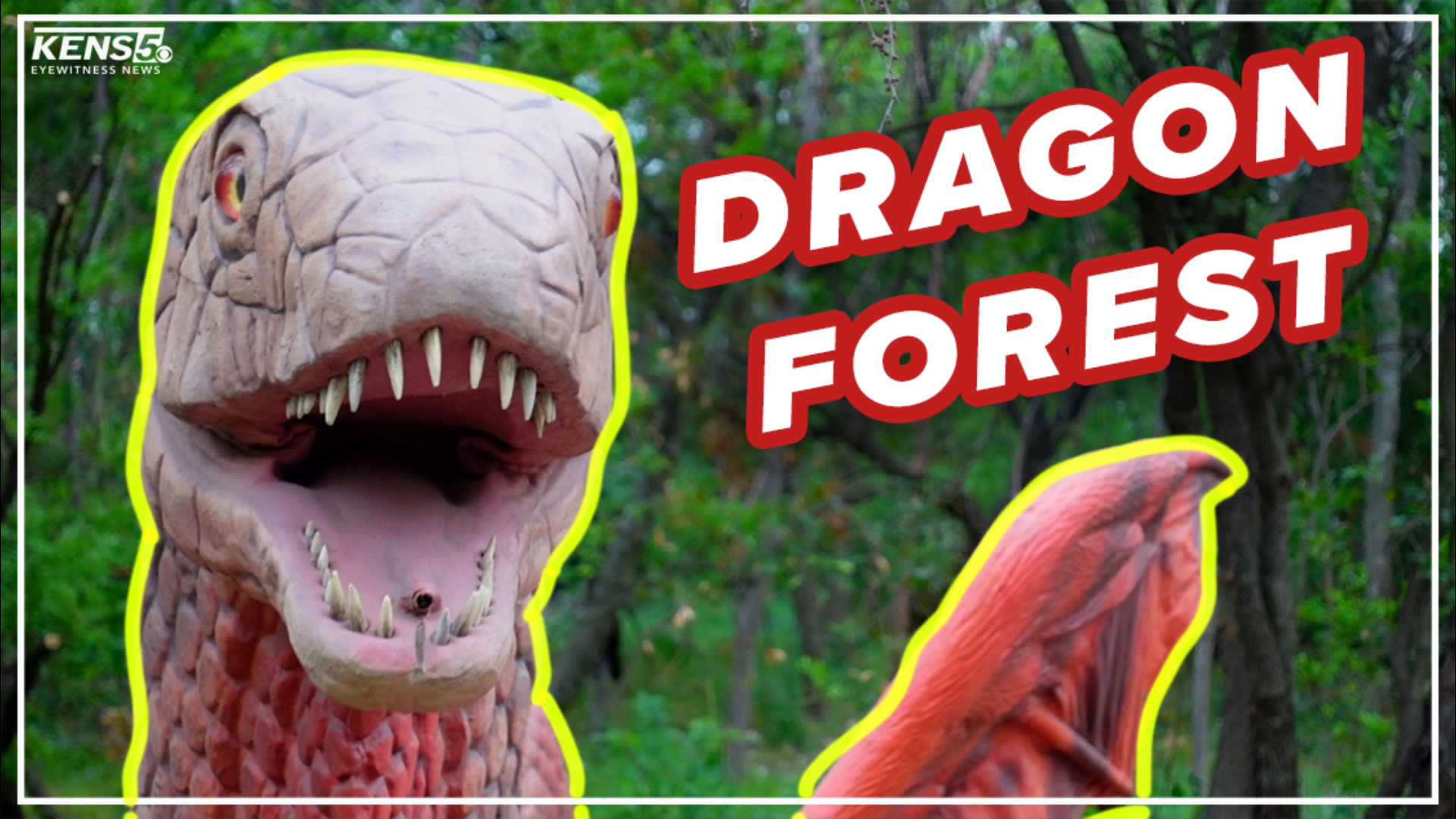 SAN ANTONIO — Watching dragons come to life all while trying a turkey leg, butter beer and dragon’s blood. Yeah, we’ll get back to that last one later.

When you walk through the San Antonio Zoo's new Dragon Forest, you might think you're in an episode of Game of Thrones. But it's an exhibit behind the parking garage on Tuleta Drive.

"We had this area of undeveloped land and we really were trying to think -- how can we utilize this to help the zoo? And we knew that there were some dragons that we might be able to bring, and hence, we ended up with Dragon Forest," said Vice President of Marketing Hope Roth.

It’s a concept that started because the zoo wanted to create something fun and outdoors for all ages.

"Everybody misses their Game of Thrones and everybody loves Harry Potter, not to mention the Renaissance Festival. So, we’ve tried to combine all of those things here at Dragon Forest," said Roth.

For now, the exhibit is open on weekends only. But, it will be open each day this summer. You can step inside for $10 a ticket and $8 if you're a zoo member until October 31 when the exhibit closes.

And Roth told KENS 5, expect to be entertained

"Throughout the summer, we’re also going to have themed weekends like Harry Potter. And you’ll be able to dress up like your Games of Thrones," said Roth.

And getting back to that one menu item -- dragon’s blood.

"It's an adult beverage -- don’t worry it’s not blood -- but it actually has a little fireball in it, so it is reminiscent of a dragon’s blood," said Roth.

"Creature features" will also happen a few times a day. Like one of their most recent shows involving birds! And starting April 15, "Dungeons and Dragons" will also be happening at the exhibit for people to enjoy.

But Roth did say, recovering from the financial losses brought out by the pandemic and winter storm haven’t been easy.

"The year 2020 was a difficult year for everyone, but it especially affected us here at the zoo. We rely 100 percent on ticket sales, donations and corporate sponsorships to stay open and feed the animals and to take care of everybody," said Roth.

So, if you want to help an organization that is trying to bring something fun and different to the 210, you can click here for more information on how to purchase tickets for both the Dragon Forest and the zoo.

Have an idea you want to see on Everything 210? Email ahazlett@kens5.com