Michelangelo’s Sistine Chapel The Exhibition has been popping up in event centers across the country. And now, it's in SA for three months. 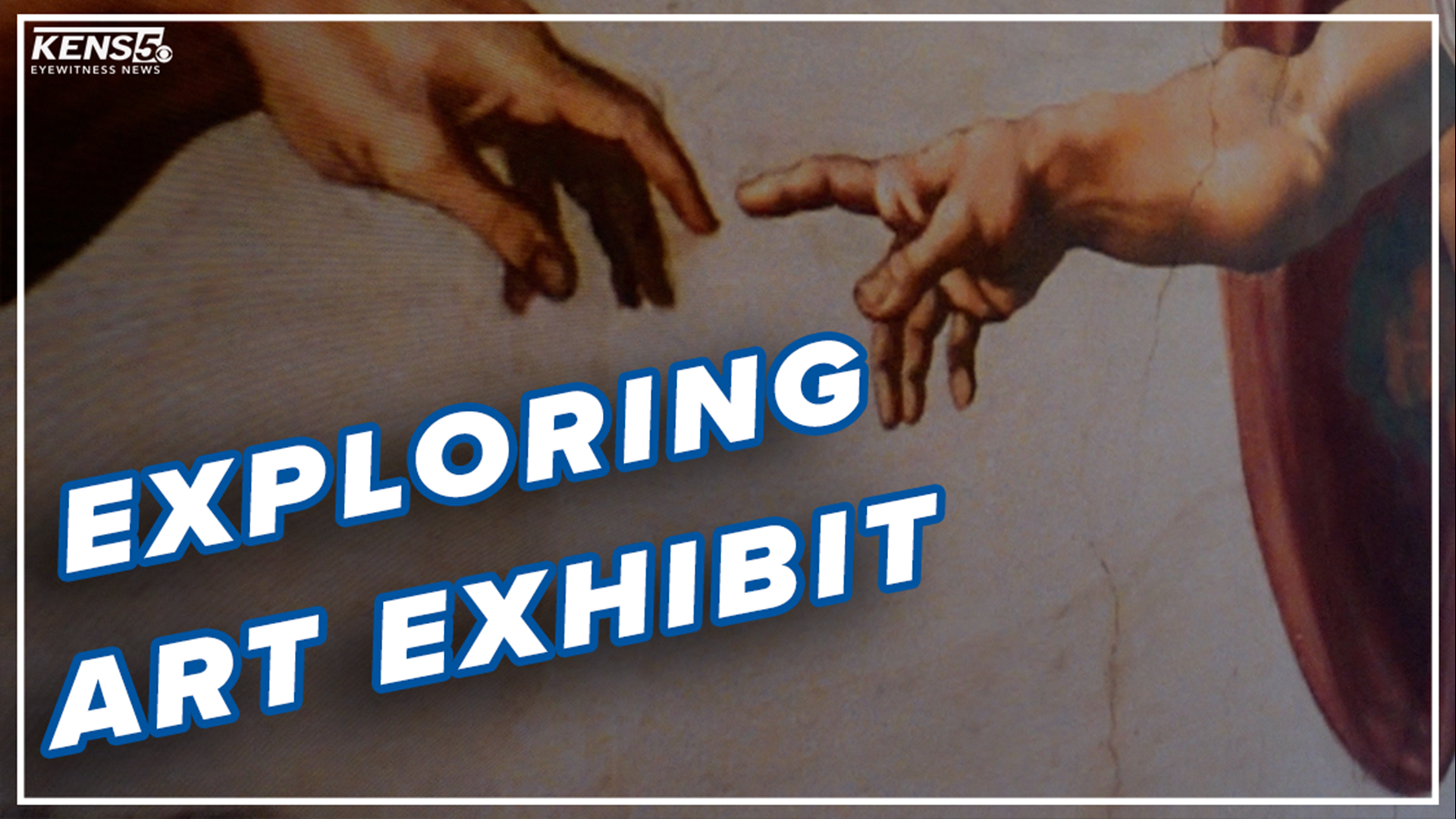 SAN ANTONIO — From the Vatican to the Alamo City.

Michelangelo’s Sistine Chapel The Exhibition has been popping up in event centers across the country.

SEE Global Entertainment put the whole idea together. And they knew that they wanted to bring it to San Antonio.

"San Antonio is perfect -- it's a great city. You've got a million people in the greater area there, living there. We get a lot of tourists, too. And that's why we decided to actually stay three months and not just three weeks," said CEO Martin Biallas.

The exhibit is at the historic Lambermont Events on 950 East Grayson Street. It's open between 10 a.m. and 6 p.m. Thursday through Sunday.

When you walk around the three story building, you’ll find 33 recreations of Michelangelo's frescoes spaced throughout. Frescoes are a mural painting technique using water based paint on wet plaster.

It allows you to have a view you wouldn’t have of the actual Sistine Chapel. And when you’re at the real thing, you can’t take pictures. So, Biallas knew he wanted people to see it in a different way.

"I said, 'Gee, if I could get the licensing rights for those images and recreate them in the original size -- if I could just recreate those for people to see up close to really see all these messages in there,' so that's when I started the idea," said Biallas.

Each fresco has its own biblical story. But some of the most famous include David and Goliath and The Creation of Adam.

The fresco recreations were printed on special paper made in California. "We had to find a certain material that gives you the look and feel of a fresco," said Biallas.

You can see the strokes of paint and little details that Michelangelo created. "You have a perspective that nobody else ever had before we did this exhibit," said Biallas.

And when people come to the Lambermont Estate, it can be to take in the exhibit, or just to see the home.

"This is the first time this exhibit has ever been in a historic home. We’ve never done anything like this. So, as people are coming through here, it’s like two for the price of one. They’re getting to see the home and all the details, plus all this beautiful artwork," said Dona Liston, owner of Lambermont Events.

So, if you’re wanting explore the artwork of the Sistine Chapel in the Alamo City, Biallas said this is a place where all are welcome.

"There's a lot of stuff you learn that is just fascinating. So, I think that's what makes it so unique," said Biallas.