Kiddie Park will re-open at the San Antonio Zoo on October 18. 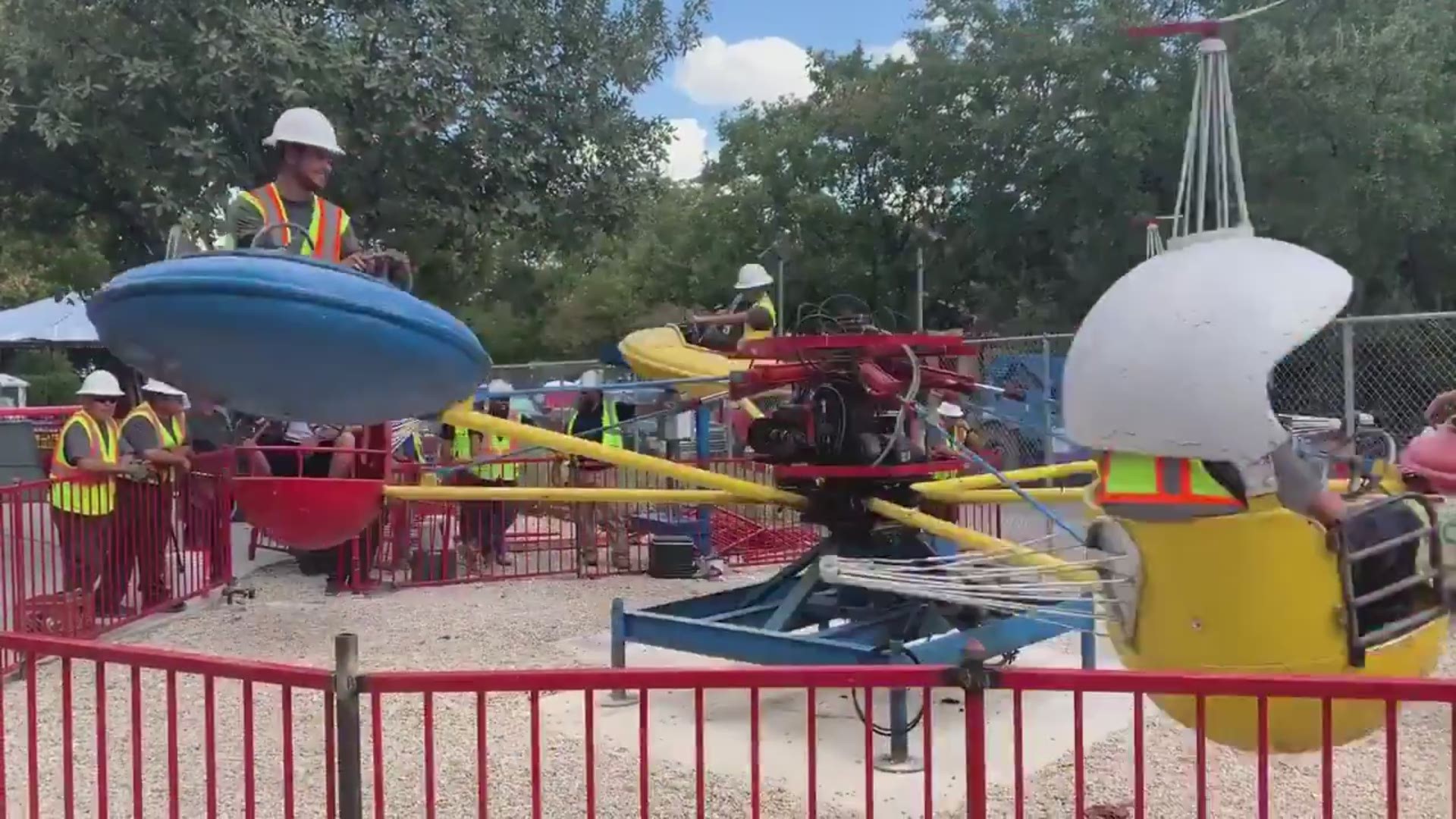 SAN ANTONIO — It's one of the final steps in the process of reopening a historic children's theme park - rides must be tested. The task turned out to be a chance for maintenance workers to bring out their inner child!

San Antonio Zoo President & CEO Tim Morrow shared the video to his Twitter page with the caption "These kids, aka our Maintenance Department, had some fun test riding one of the Kiddie Park rides!"

Park owners and the zoo announced in April that the San Antonio icon would relocate one mile and reside on zoo property. The park will now live near what used to be the zoo's main entrance adjacent to the San Antonio River.

The Kiddie Park opened its doors in 1925 but had struggled in recent years; owners cite increased development and lack of parking around Kiddie park for a decrease in visitors' accessibility.  The move "saves America's oldest children's amusement park from closure," according to a press release.

Workers have moved nearly all the rides from the Broadway location to the zoo, and even their memorial brick walk to keep the nostalgia intact.

The park will re-open at the San Antonio Zoo on October 18. The park is now accepting reservations for birthday parties on Kiddie Park's website.