The Texas Commission on Jail Standards released the alarming findings of its most recent inspection. 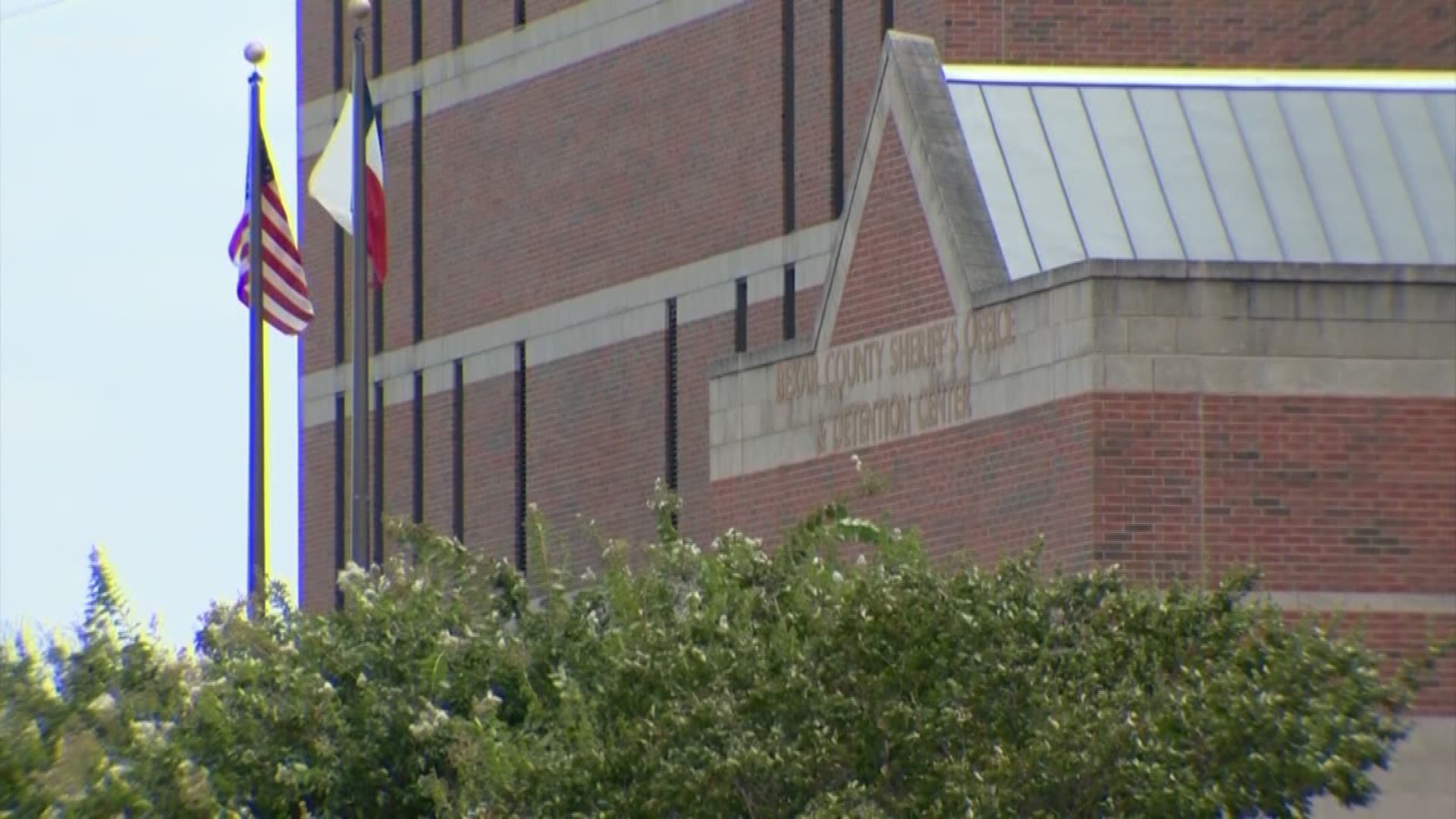 SAN ANTONIO — The latest report released by the Texas Commission on Jail Standards highlights why the Bexar County Jail failed its annual inspection, less than a year after being found in non-compliance by the agency.

Among the most concerning findings, Brandon Wood, executive director, Texas Commission on Jail Standards said, is the use of unlicensed personnel to perform functions that jailers or police officers are required to perform.

The walk-though revealed unlicensed civilians were filling various positions, including overseeing inmates and identifying inmates before their release. During a 12-month span, four people escaped or were wrongly released from jail – including three murder suspects – according to documents.

"We've had civilians working in booking for upwards of 20 years, and so the fact that jail standards is letting us know that that's a violation, we've removed them immediately," Sheriff Javier Salazar said.

He blames the wrongful releases on policy negligence. Inspectors also discovered staff failed to reassess inmates 30-90 days after their initial arrest. The assessment allows staff to classify dangerous inmates and those that pose a low risk of danger to better arrange housing needs.

Overall, TCJS documented five deaths and one suicide for the jail in the past 12 months. The review states the jail did not have records that detention officers received suicide prevention training. That's something Sheriff Javier Salazar disputes.

"Here this past year, we conducted an 8 hour block on mental health in general, and suicide was covered," Salazar said.

Among a list of violations, the TCJS director said they found staff did not check on inmates regularly, which helps prevents suicides and escapes.

"The observation logs that were reviewed by the inspection team while on site, indicated that they were not supervising the inmates once every 15 minutes," TCJS Executive Director Brandon Wood said.

TCJS standards require face-to-face check-ups every 15 minutes for mentally disabled or potentially suicidal inmates and 30 or 60 minutes for all other inmates.

The sheriff's office has 30 days to submit an action plan to address the violations.

"The sheriff has been in contact with us discussing options and proposed a corrective plan of action, so we do know that they are trying to address this as quickly as possible,"  Wood said.

Back in April of 2018, the Bexar County Sheriff’s Office, Adult Detention Center (ADC) received a Notice of Non-Compliance from TCJS.

You can view the full report below. 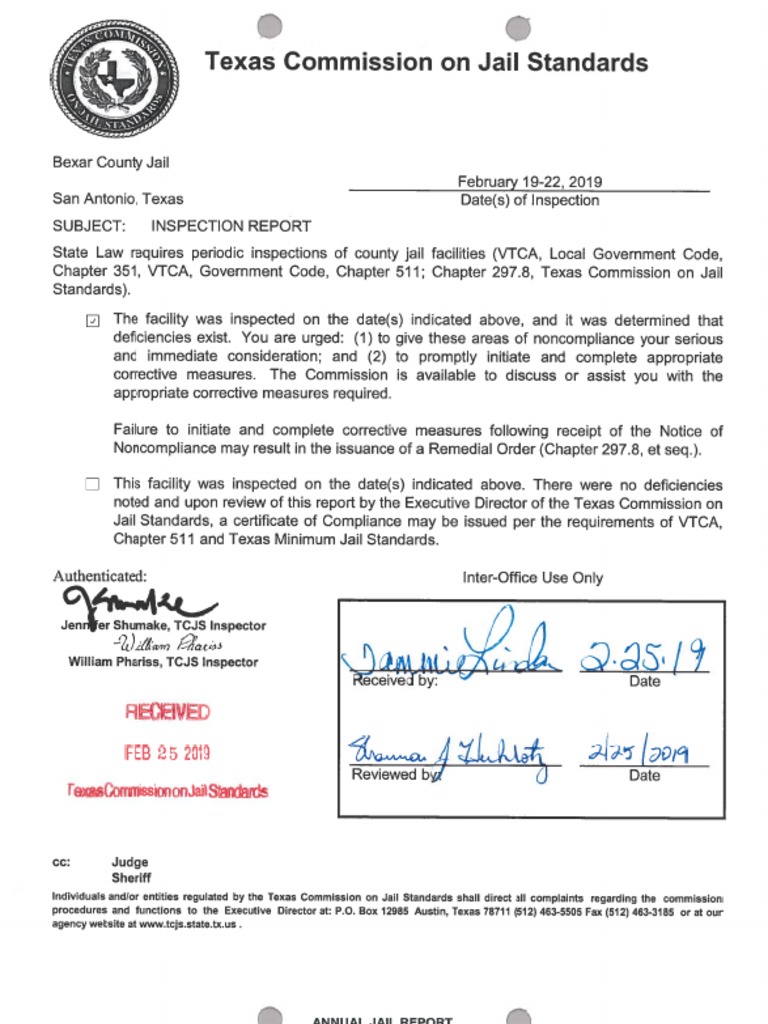 February 2019 Bexar County Jail Inspection
The latest report released by the Texas Commission on Jail Standards highlights why the jail failed it's annual inspection less than a year after being found in non-compliance by the agency. The walk-though revealed unlicensed civilians were filling various positions, including overseeing inmates and identifying inmates before their release.

RELATED: Bexar County jail found to be out of compliance with state standards