A controversial Florida law put him behind bars for 14 years. Now, he's a free man. 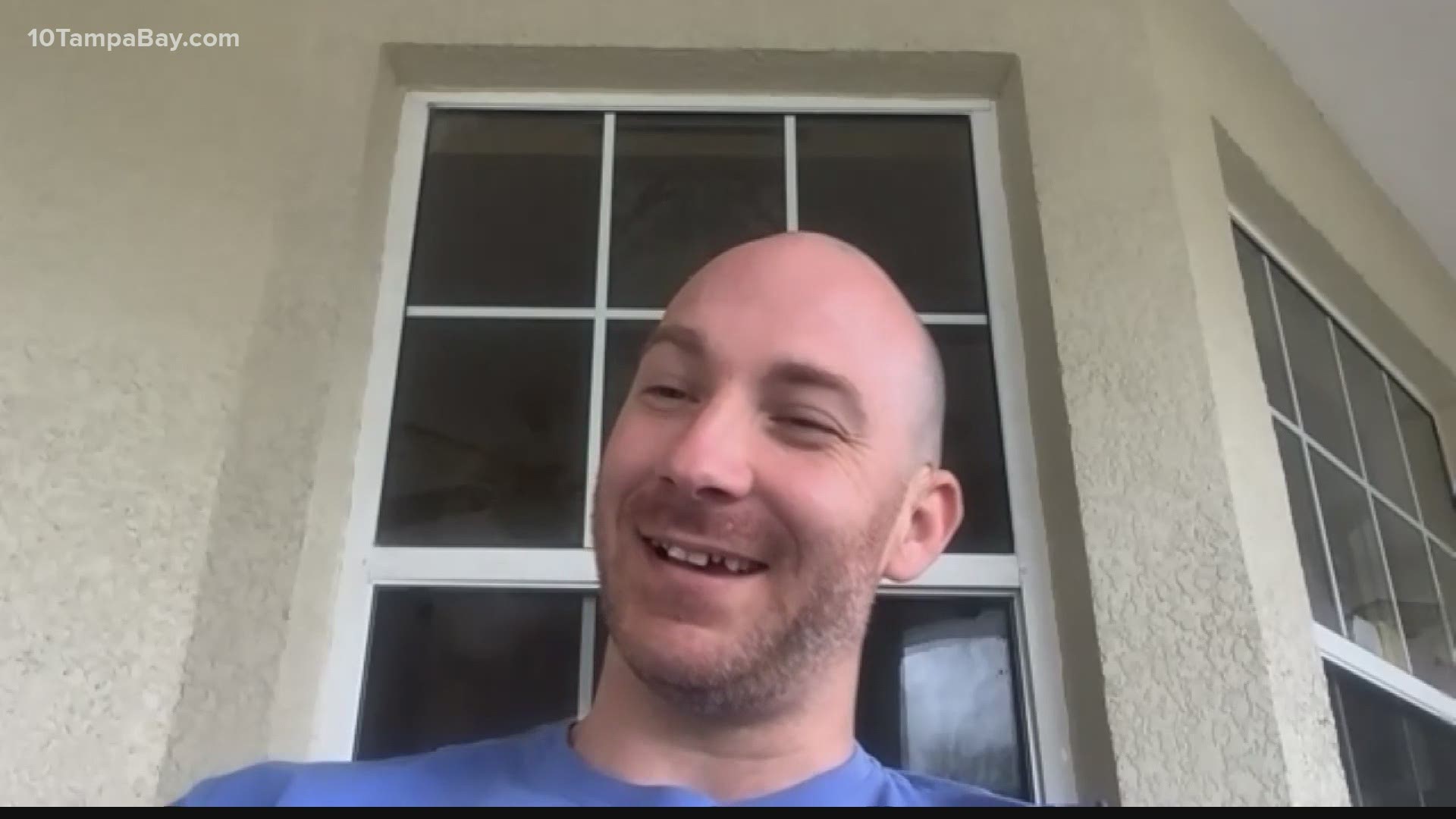 POLK COUNTY, Fla. — While the global pandemic has most of the world feeling more restricted than ever before, Erik Weyant has never been more free.

He was released from prison Saturday after spending 14 years behind bars for shooting a gun in a Lakeland bar parking lot when he was 22 years old. Weyant said it was self-defense. No one was hurt.

A jury determined he fired a gun toward a crowd as he drove away, and he was ultimately convicted of aggravated assault with no intent to kill.

Because the state’s tough-on-crime “10-20-Life” law required a mandatory 20-year sentence at the time for anyone found guilty of firing a gun in the commission of a crime, the judge had no choice but to sentence the small-business owner to two decades behind bars.

RELATED: Left behind by the law - 20 years in prison

But since the sentencing, Florida’s legislature has reformed 10-20-Life, removing the aggravated assault charge from the statute so judges had more discretion when issuing sentences. For perspective, legal experts told 10 Tampa Bay if Weyant had committed the crime now, he would have likely only faced a few months in jail.

While the new law might help others like Erik Weyant, it didn't do any good for him. The reform was not retroactive.

RELATED: Weyant's Sister: "He would have had less time had he gone out and gotten drunk and killed somebody"

Weyant was supposed to sit in prison until 2027; however, the court took yet another look last week and on Feb. 13, he was released.

According to a spokesperson with the Florida Department of Corrections, "Erik Weyant was not released early. On February 12, 2021, the court issued an order reducing Weyant’s sentence to five years, which, when taking into account time served, resulted in his immediate, lawful release."

10 Tampa Bay talked to Weyant in an exclusive interview Wednesday. After a crash course in using an iPad and Zoom, two things that weren't around when he went to prison in 2007, Weyant opened up about starting this new chapter.

He's spent the last four days catching up with family, establishing housing and career opportunities and getting caught up on technology.

Weyant holds no resentment and makes no excuses. He's just ready to live.

"There’s a purpose and a point to all this and I need to understand that and I need to get in line with it instead of fighting it," said Weyant, who attributes his positive mindset to a strong spirituality he developed while in prison.

He said he took the time to find himself and soul-search in ways most people "on the outside" never get a chance to do.

"Even when I would connect with people that were not in prison or anything, how seemingly miserable they would be, compared to how kind of excited I was about life even though I was in prison," he said.

Weyant's mom, aunt, and uncle picked him up from prison Saturday evening. When it came time to figure out meal plans, he wanted to go right home.

"I made sandwiches for my mom, my aunt, and my uncle. That’s what I wanted to do. It was like, whatever you guys got in the fridge, I want to make it because I don’t get to do things like that," explained Weyant.

He's now focusing on establishing his new life and looking at career possibilities, but eventually, he wants to work as an inmate advocate or prison counselor in some way.

"There are certainly people in there that should legitimately never see the light of day again but there’s a whole lot of people that sincerely deserve a second chance," said Weyant.

According to Families Against Mandatory Minimums (FAMM), second chances are nearly impossible in Florida. FAMM's data shows each year in Florida for the past 20 years, an average of 48 people were granted parole, 2 prisoners received a commutation, and 16 sick and elderly people were granted conditional medical release.

In all, 47 states allow some prisoners an opportunity to earn early release by completing recidivism-reducing programming. Florida is not one of them.

Another big part of the conversation is retroactive sentencing for people serving time under old laws. This would have made a difference in Weyant's situation.

According to FAMM, the amendment removed language dating from 1885 that prohibited the legislature from making sentencing reforms retroactive.

More than 4.6 million Floridians – around 62 percent of voters – approved Amendment 11, but it has yet to be put on the books by the Florida legislature. Sen. Darryl Rouson (D, St. Petersburg) filed a bill in 2020 to change that. 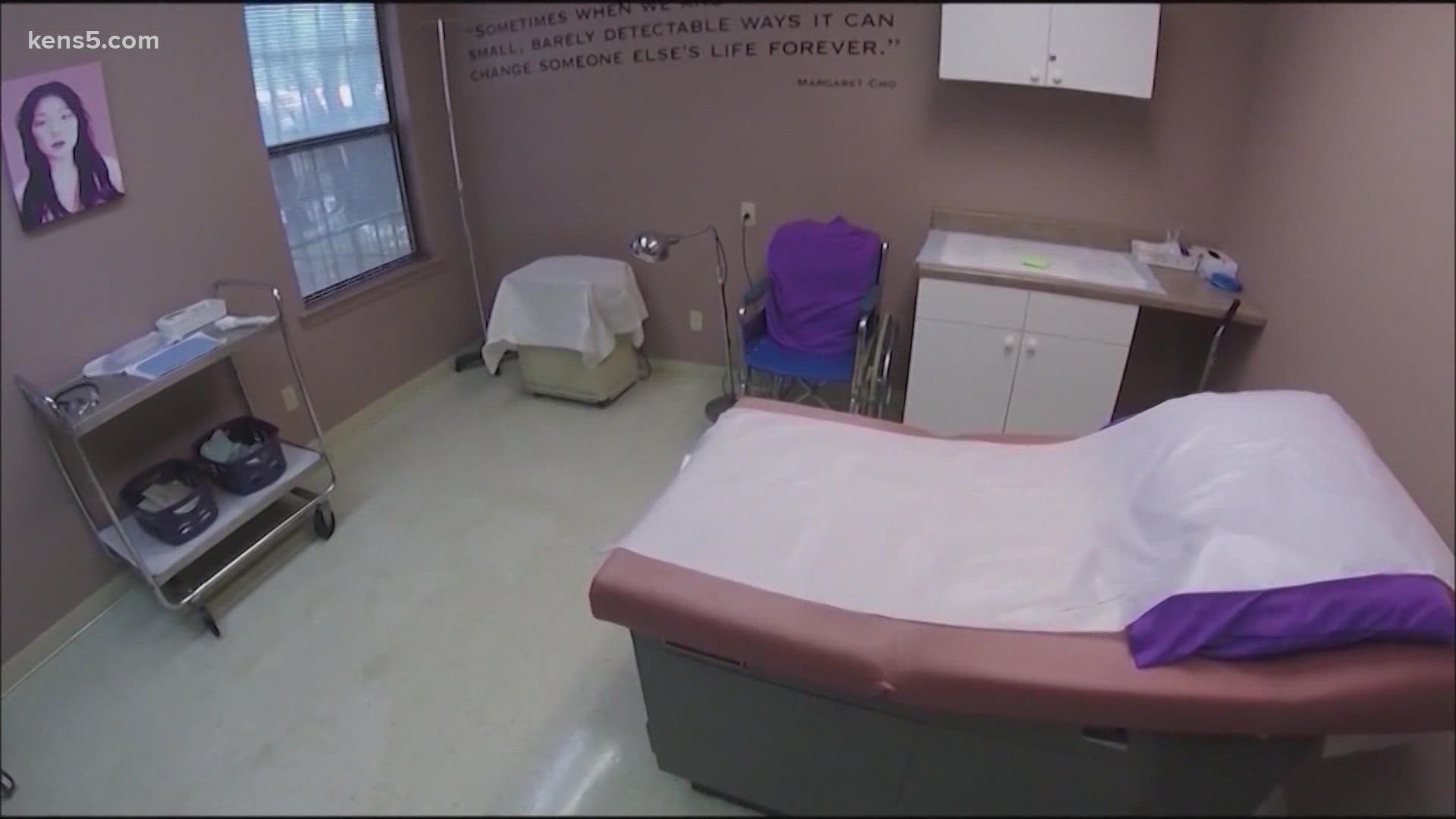