Hero employee might have saved Hotel Valencia from burning

David Rocha had only been on the job for two months when an early morning fire broke out at Hotel Valencia. 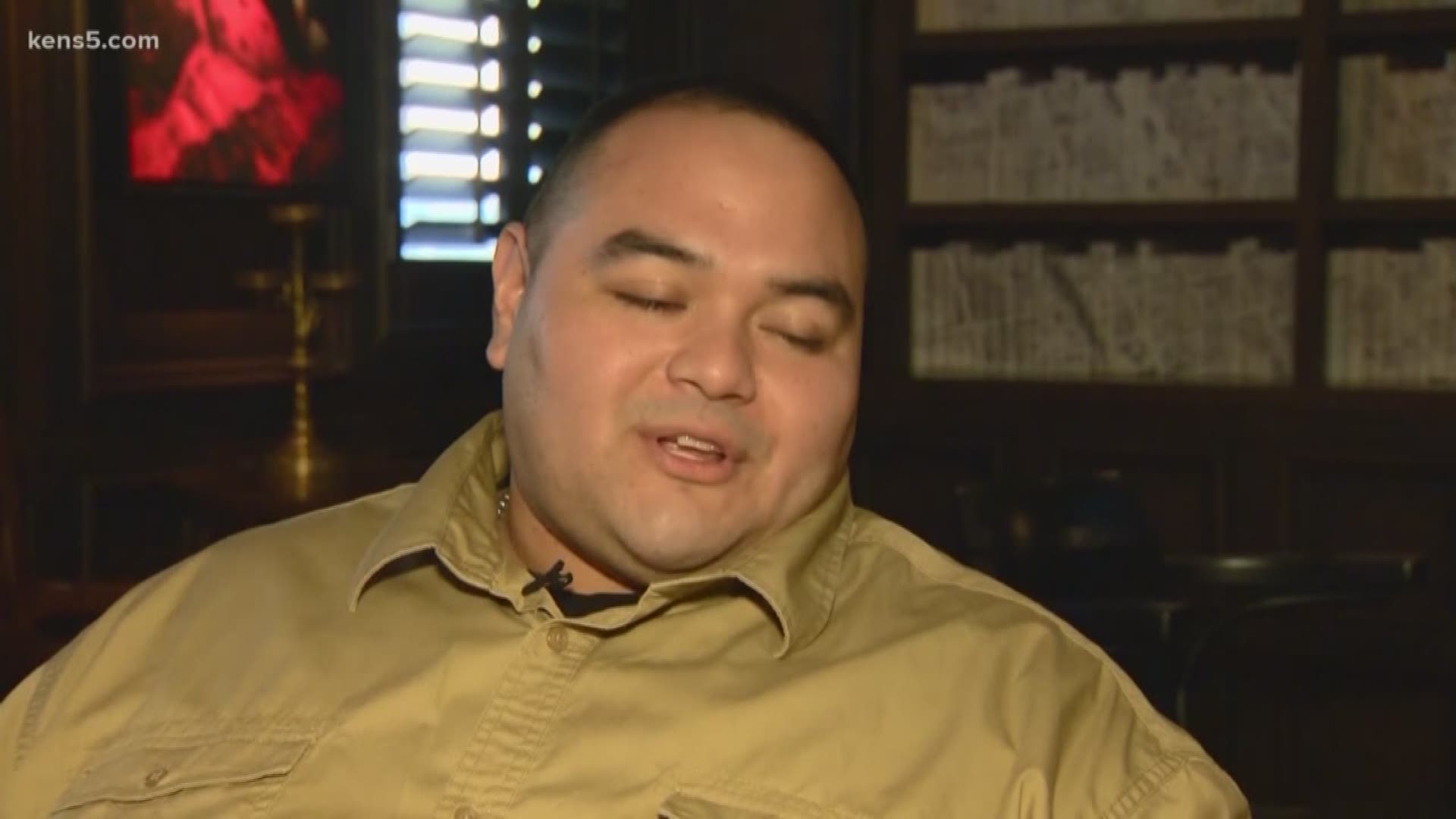 SAN ANTONIO — A hotel employee is being called a hero after an early morning fire at the Hotel Valencia in downtown San Antonio.

The fire started around 2 a.m. Tuesday morning, according to police.

David Rocha is the night audit supervisor at Hotel Valencia and leads up a team of four employees responsible for just about everything that happens overnight.

“At night, you have to wear all different types of hats,” Rocha said.  “Anything that needs to be done, we’ll be more than happy to step in and get the job done.”

Rocha stepped outside his job duties Tuesday after the fire broke out, helping police catch the suspect accused of starting the fire. Rocha said he was alerted to the fire in a utility closet on the second floor of the hotel.

Authorities said Mario Saenz, who wasn’t a guest at the hotel, told police he was high on drugs and went into the hotel because he thought shadows were following him.

Saenz told police he ran into the utility closet to hide, and used a lighter to ignite the flames. Authorities said hotel surveillance video captured Saenz adding cardboard to the flames to keep the fire lit.

When fire sprinklers went off, police said Saenz then tried to run out of the closet to hide, and was caught by a hotel worker. That worker was Rocha, who jumped into action.

“You don't really have time to think,” Rocha said. “It's more of an instinct type of situation.”

In the midst of all the chaos, Rocha managed to direct his team to get the hotel guests to safety, call authorities and trap Saenz in the hallway until police arrived.

Rocha said he realized he put himself in what could have been a dangerous situation. “He could have done anything. I mean, at that moment, you don't know his state of mind, how panicked or how willing he was to get out of the situation,” Rocha said.

Police arrived and arrested Saenz, who admitted to starting the fire.

A spokeswoman for Hotel Valencia said the guests were praising Rocha for saving the day.

“It does feel good to hear those kind words and just know that, you are appreciated,” said Rocha.

But overall, this unsung hero said he was just doing his job. “My first concern was guest safety, and my team safety and pretty much making sure that everyone was outside and well and safe."

Tickets for Brandeis vs O'Connor H.S. football game re-selling for more than double the costs after quick sellout