Most of us would do anything to protect our pets, but police in Boerne said one man's actions went too far. 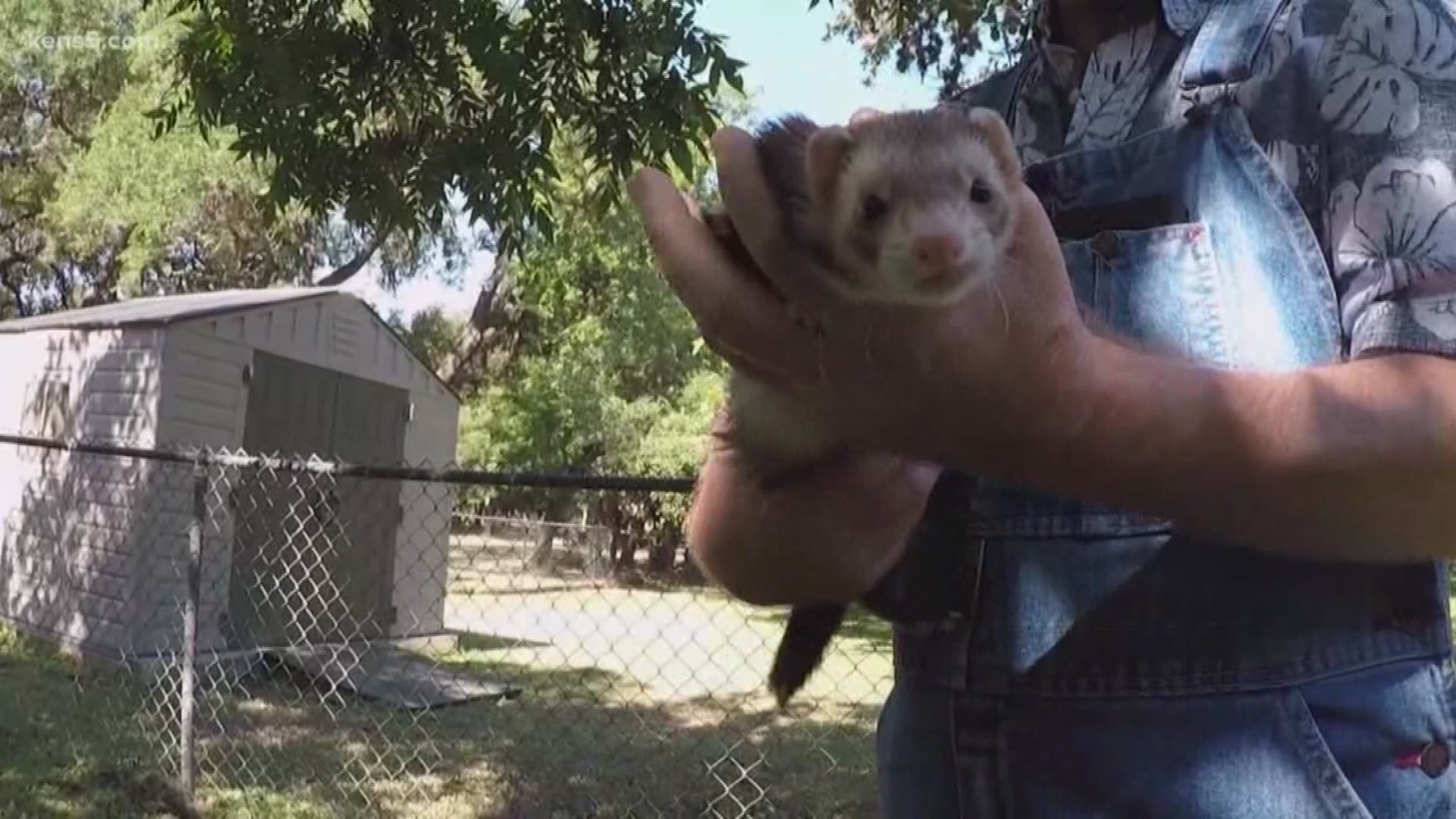 BOERNE, Texas — Army veteran Billy Morvent starts each day with a walk around his home in Boerne. His emotional support pet, a two-year-old ferret named Aine, is always just a few steps behind him.

He's done this with his two ferrets for years.

"Just to give them some outside time, so they can stretch their legs and get some fresh air," Morvent said.

He uses a squeaky toy to keep Aine close, but on Monday the ferret was spooked by the sound of Morvent's neighbor's truck.

Morvent said she ran through his chain-link fence and into his neighbor's yard.

"She took off trying to find a place to hide," Morvent said.

Morvent immediately hopped the fence to get to Aine before another animal could.

"I don't have children, so these are my children," Morvent said. "Of course with the hawks, I'm afraid they'll come down and get her if I'm not close."

He said he was off the man's property in minutes. Two hours later, a police officer hits him with a Criminal Trespass warning.

"For retrieving my pet," Morvent said. "It made me mad, very mad."

Morvent was there without his neighbor's consent.

Criminal Trespass is defined in Texas Penal Code 30.05 as a person entering or remaining in or on the property of another, without the effective consent of the owner.  A criminal trespass charge in Texas is typically a Class B misdemeanor, punishable by up to 180 days in jail and up to a $2,000 fine.

We attempted to speak with the neighbor who called police, but he wasn't home. We also reached out to the Boerne Police Department and were told that no one was available for an interview.

Morvent said the officer told him if this happens again, he needs to contact police before he makes a move.

"They said I'd go to jail next time," Morvent said. "It's difficult to bring them out now."

Morvent said calling police would take more time than it would take to bring his pet home safe.

Boerne Animal Care Services said all pets, including ferrets, don't need to be on a leash or fenced in. They just to stay on their owners' property to avoid causing any trouble.