Former Wake Forest and NBA star Rodney Rogers recalls the dirt bike accident that left him paralyzed in 2008 and how love got him through a difficult time. 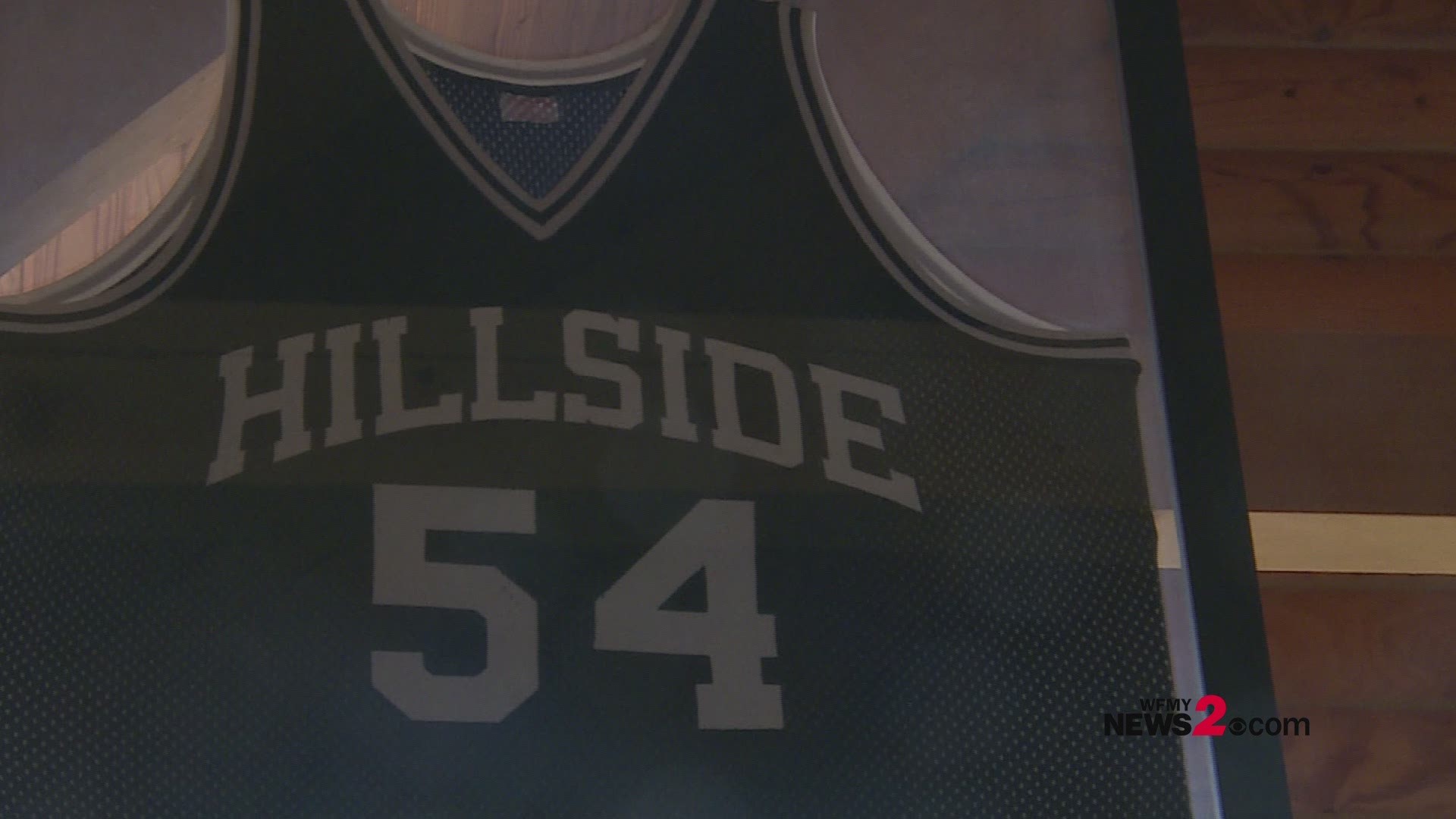 It's been 10 years since a dirt bike accident left Rodney Rogers paralyzed from the neck down. Now, the former Wake Forest and NBA star remembers all the ways love got him through his darkest time.

Rogers, a Durham native, made a name for himself on the basketball court at Durham Hillside High School.

"They gave me the name 'Durham Bull,'" Rogers said. "That's my hometown. That's where my roots started."

His unstoppable game helped him earn a basketball scholarship to Wake Forest University. That's where the "Bull" continued to roll over his competition.

"I used to love to come back home and play against Duke, go to Chapel Hill to play against Carolina and try to let them know, since they recruited over me, I'm going to show them what they missed out on."

1 / 15
ASSOCIATED PRESS
When Rodney Rogers (54) of Wake Forest faces Jamal Mashburn of Kentucky on Thursday, March 22, 1993 at Nashville night in the NCAA Southeast Regional Charlotte, it will make one of the best matchups of the season’s tournament. Rogers is shown during Wake Forest’s win over Iowa Sunday in Nashville. (AP Photo/Pat Murphy Racey)

The Denver Nuggets selected Rogers with the ninth overall pick in 1993.

From there, he spent 12 seasons in the NBA and won the Sixth Man of the Year Award with the Phoenix Suns in 2000. Rogers would also play in the 2003 NBA Finals with the New Jersey Nets before retiring in 2005.

As it turned out, that was just the beginning of his story.

"I was hoping I could go somewhere and coach, maybe on the college level or in high school," Rogers said.

"He wanted to go ride," said Faye Rogers, Rodney's girlfriend at the time. "I tried to convince him not to go because we already had plans."

While on his ride, Rogers raced a friend down a familiar hill, but this time, something was different.

"When I raced him, I split to the left, he went to the right," Rogers said. "All of a sudden, I seen a ditch that I'd never seen before. I was flipping over, flipping over. Next thing I know, I couldn't move nothing."

"I hate thinking about it," Faye Rogers said. "He asked me, 'don't be upset' and that he messed up, and that it was going to ruin our life."

Rogers was paralyzed from the shoulders down. Doctors gave him a 5-percent chance of ever walking again.

From that moment, he faced a challenge he had never seen on any basketball court.

"I never wanted to go outside, I didn't want anybody to see me in a wheelchair," Rogers said. "I can't take care of my wife like I want to, I can't hold her in my arms, I can't hold her hand and stuff like that. Sometimes, it makes you feel less than a man."

Faye Rogers remembers a dark time for the couple after the accident.

"The first year, we stayed in the room with the blinds closed," she said. "We was at the point where we both contemplated suicide."

That's when love took over.

Rodney and Faye got married in 2010 -- two years after the accident -- and decided not to let this obstacle beat them.

"My wife said, you know, it is what it is, we've just got to stay strong and just keep fighting and fighting," Rodney said.

"Yes, we have challenges," Faye said. "But, we're going to get through the challenge, and that's it. I think that's why I'm here. I think God put me here for this."

Now, as the couple's ninth wedding anniversary approaches, they continue to fight through life's challenges together.

After the accident, the couple started the Rodney Rogers Foundation. As they continue to get the organization up and running, their goal is to help others, dealing with the struggles of paralysis, afford the treatments and equipment they need to survive.

Meanwhile, Rodney hopes to spread his message to future generations.

"I think God kept me here for a reason," he said. "I really just think that he wants me to really work with kids or make kids better and show them that, no matter where you come from, no matter what you do, you can always be successful."