The truck had a blowout while driving along IH-10 eastbound. 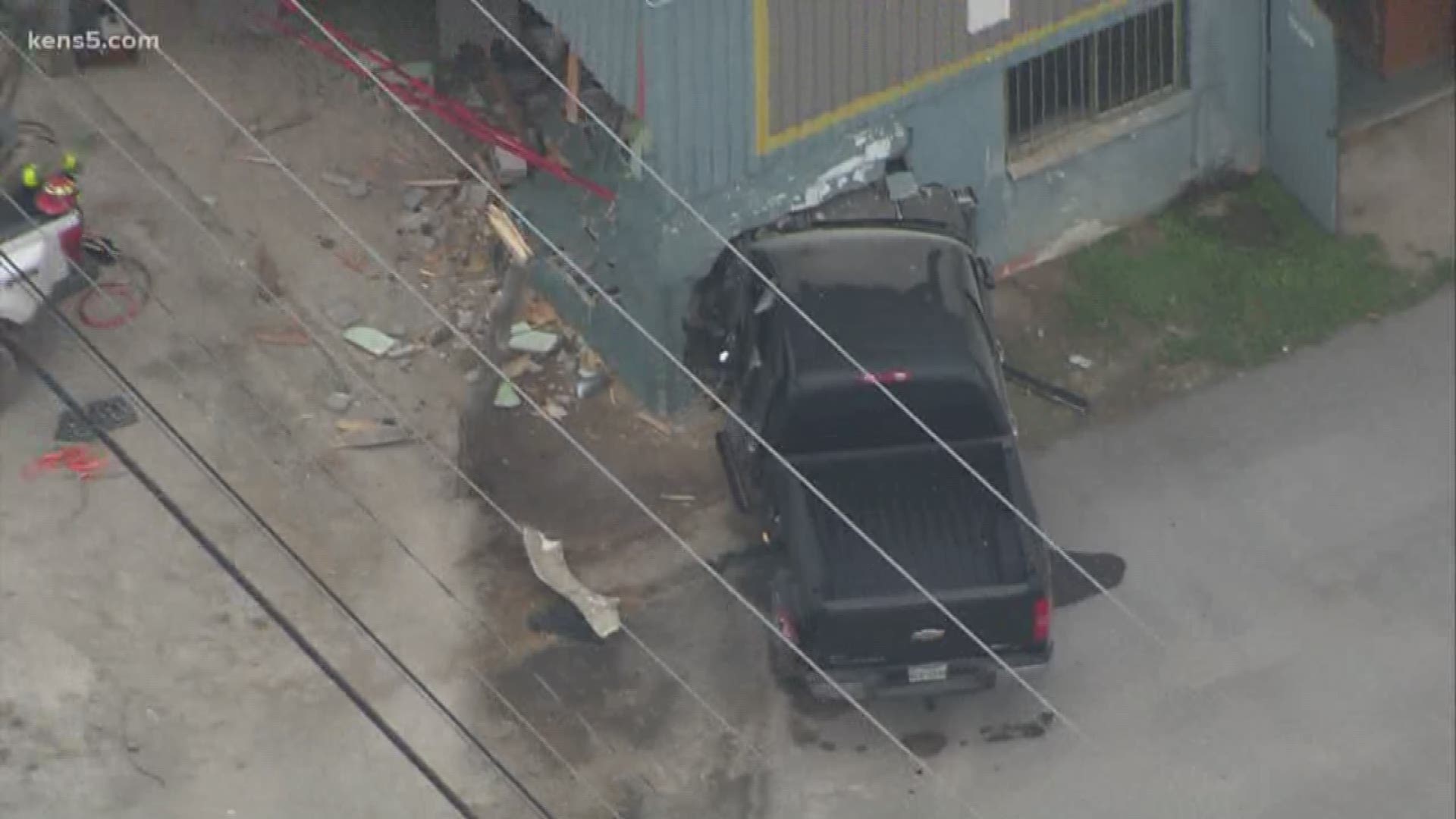 SAN ANTONIO — Update: The driver has been identified as Daniel Claw Lindsay.

The driver of a dump truck that crashed into an eastside business has died.

According to a spokesman with San Antonio Fire Department, the truck had a blowout just after 2 p.m. while driving along IH-10 eastbound.

The truck veered off the freeway, across the access road and hit two parked cars and a building, authorities said.

The driver was pinned inside the truck which required an extended extrication. He died at the scene.

No other injuries were reported.