Driver in Uvalde crash that killed 13 pleads no contest

Jack Dillon Young turned himself in to the Uvalde County Jail in June last year for the crash on a $380,000 bond. 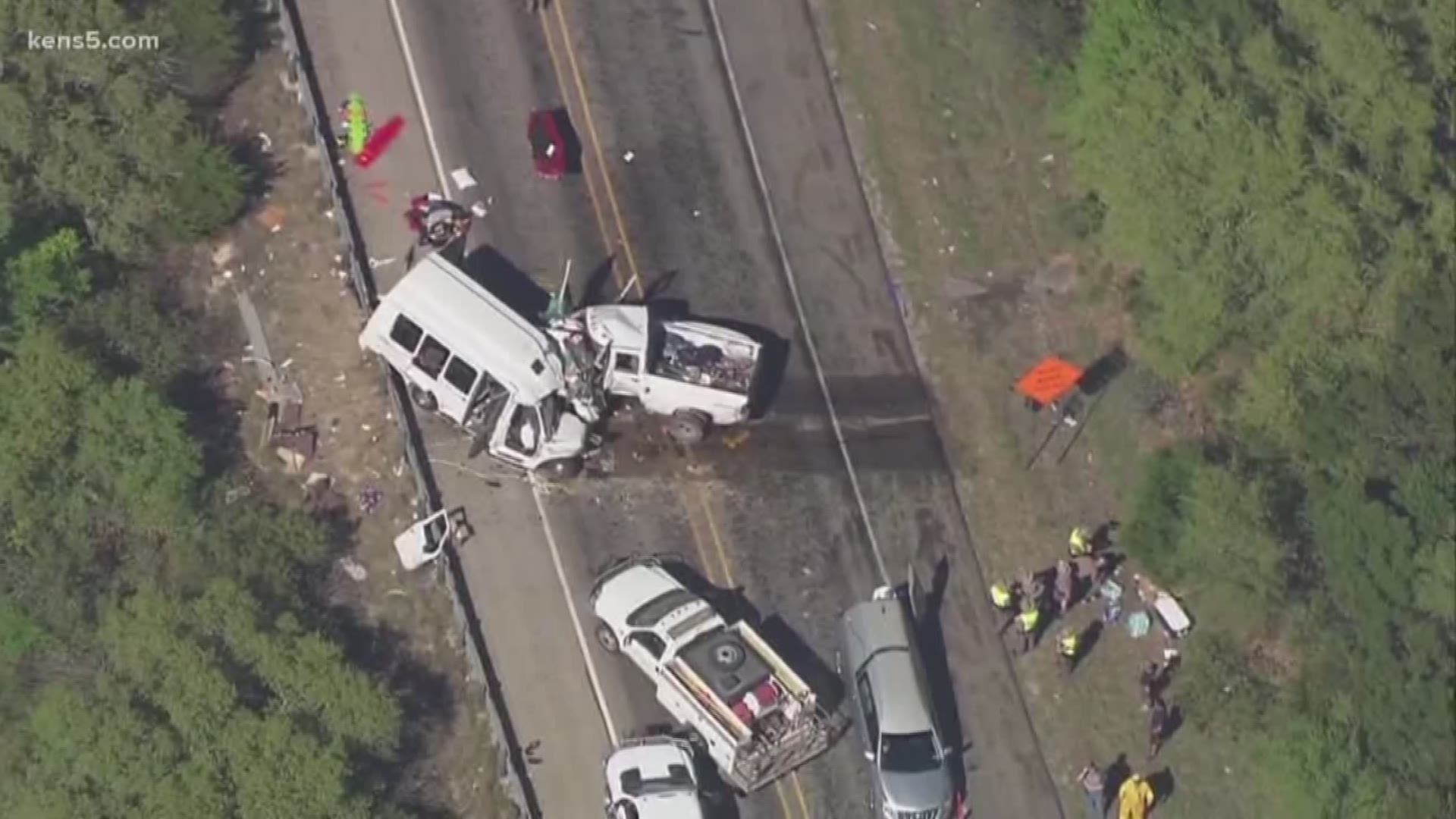 The man indicted by a Uvalde County grand jury in connection to the fatal New Braunfels bus crash that killed 13 and seriously injured one back on March 29, 2017 on U.S. 83 north of Uvalde has pleaded no contest to his charges.

Jack Dillon Young's attorney said that he wanted to enter a plea of no contest because it was the best way to move forward.

"He figured it would be better to put an end to it, for his sake and for the sake of the families in this tragedy," defense attorney Rogelio Munoz said.

A family member of one of the victims agreed that the decision will help everyone.

"The fact that he has changed and stepped up and doing this, that's actually, in my opinion, generous on his part, because that means that cuts out a very long process we have to go through," said Charlotte Banks, daughter of one of the victims.

Spoke w/Charlotte Banks whose 83 yr old mother Avis died in the bus crash. She says she needed to be here. ”This is what I need. My mom was closed casket. There was no option to say goodbye. So this is part of the process for closure.” #KENS5Eyewitness

Young turned himself in to the Uvalde County Jail in June of last year for the crash on a $380,000 bond. In September, he was able to post six surety bonds and 22 personal recognizance bonds and was placed on pre-trial release.

He later reportedly violated the terms of his release when his urine tested positive for marijuana.

The sentencing phase was set for some time in November. Munoz said it's unlikely they will work out a plea deal.

"The DA has taken the position that all of these were victims and each one is a separate case involving a separate victim. He felt like he wanted a conviction in each case. The real issue, then, is what should the punishment be?" Munoz said.

Munoz added that they will present details later, about why Young was taking prescription medication and the reason why he was in Uvalde. KENS 5 learned through court documents that Young is a sexual assault survivor.

Young could face a minimum of 2 years to a maximum of 270 years in prison. His sentencing hearing is scheduled for November.