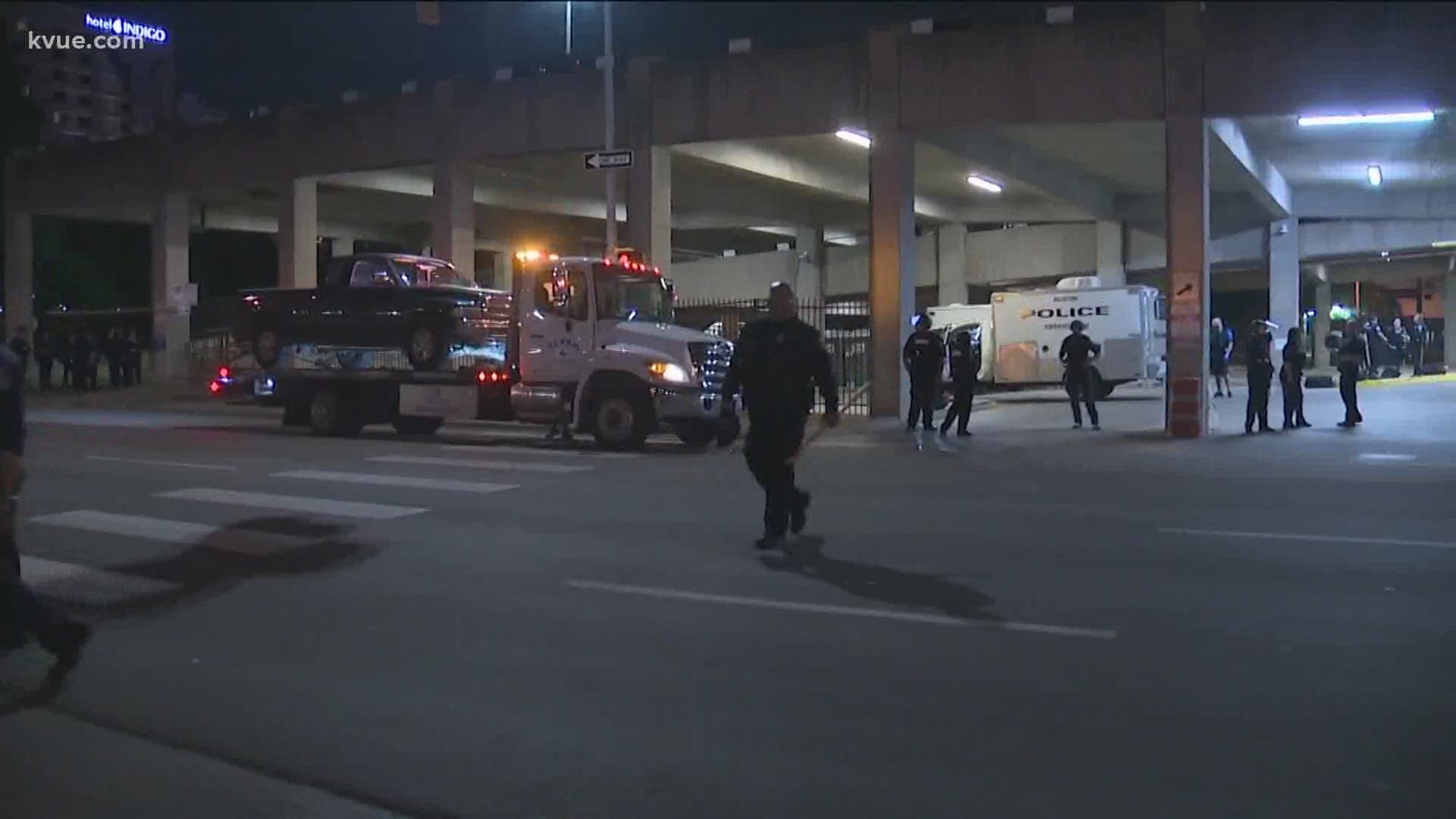 The first incident on Tuesday night involved a truck driving the wrong way along the Interstate Highway 35 frontage road towards the protesters, speeding into the parking lot under the I-35 bridge. The incident sent the crowd of protesters running. It happened just before 10 p.m.

The Austin Police Association said officers opened up their lines and brought protesters behind them for their protection. Austin police said it didn’t appear the driver was intentionally driving towards the crowd, but police arrested that driver for DWI and a passenger in the same car for public intoxication. A third passenger was released from the scene.

Then shortly after that incident, police got a tip about weapons inside a car near the police headquarters. Officers checked out the scene and detained those in the car. It turns out no weapons were inside and those in the car were released.

Overall, no one was hurt. Tuesday marked night five of protests for George Floyd and Michael Ramos.

Why did the protests become more peaceful in Austin?