An official at the scene said that speed was likely a factor in the crash. 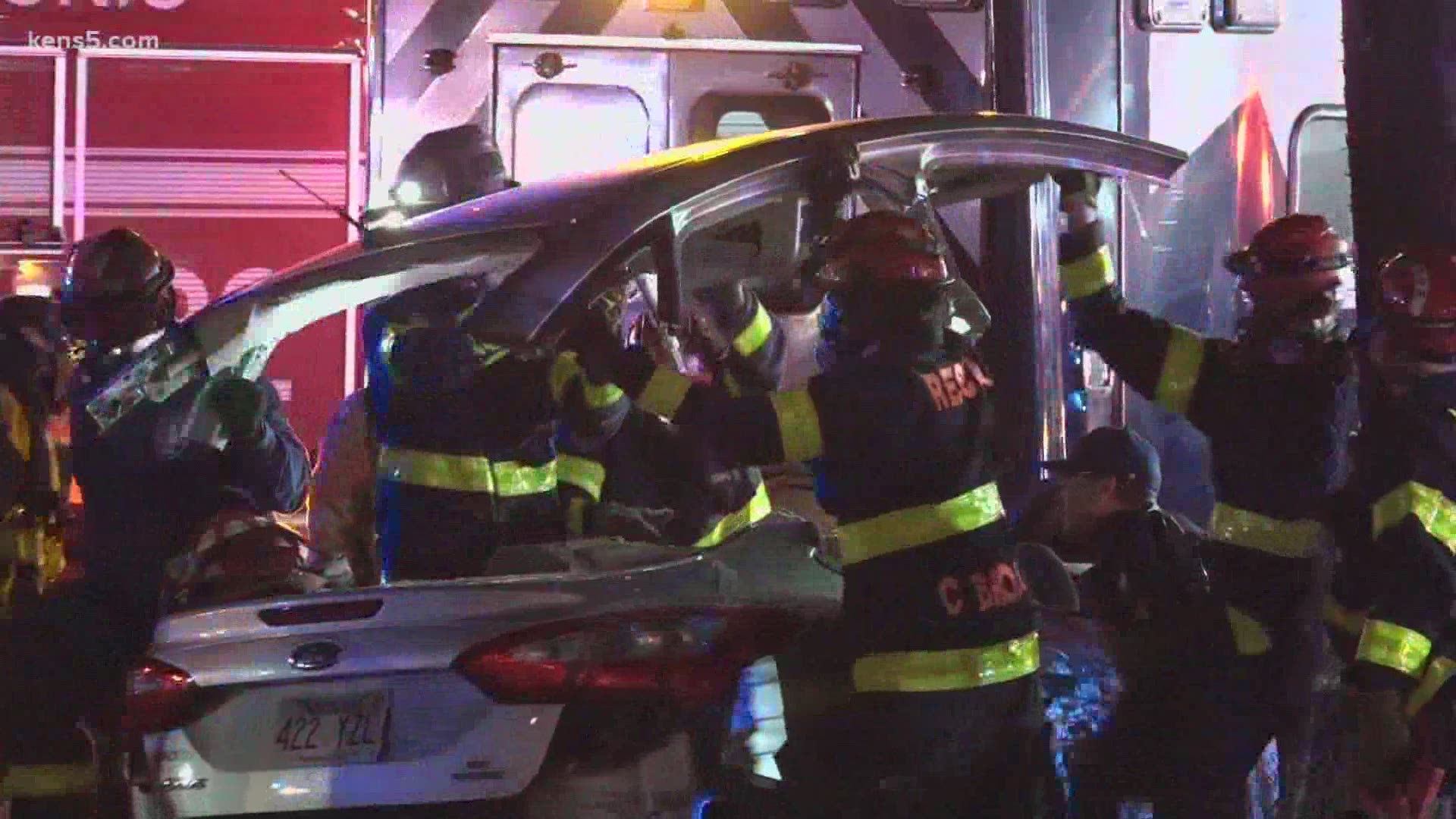 SAN ANTONIO — SAFD crews spent the early hours of Wednesday cutting out a driver pinned inside of his car after crashing into an ambulance that had a patient inside.

SAPD and SAFD were called out to the intersection of Babcock and Wurzbach around 1 p.m. for a major crash.

At the scene, SAPD found a car that had crashed into an ambulance with the driver pinned inside. SAFD arrived and began extricating the driver which took around 25 minutes.

The driver, who was a man in his 20s, was taken to University Hospital in serious condition.

According to an official at the scene, crews then began working to cut the vehicle away from the ambulance to free up the doors in order to get the patient that was being transported out of the crashed ambulance and into another ambulance.

The driver of the ambulance was also taken to a nearby hospital with injuries.

According to preliminary information from SAFD, speed was likely a factor in the crash.