SAN ANTONIO -- Could food poisoning have made dozens of people sick and even be deadly? 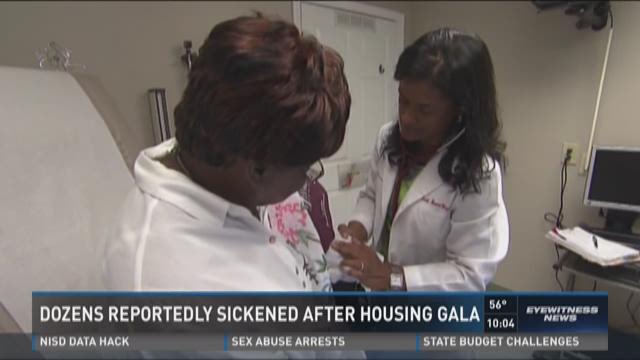 SAN ANTONIO -- Could food poisoning have made dozens of people sick and even be deadly?

Dozens of people who attended a Dec. 16 gala hosted by the San Antonio Housing Authority believe they became sick due to food poisoning.

About 1,000 were in attendance at the Golden Gala at the Freeman Coliseum. Many of them are housing authority clients who are elderly or low-income.

The menu, provided by the housing authority, showed sliced turkey, cornbread dressing, and sweet mashed potatoes were some of the menu items served buffet-style.

“They're having diarrhea, vomiting, severe cramps, things of that nature,” said Lange. “We know that ten people were transported from the event to the emergency room in ambulances because it was that severe, the onset of the symptoms.”

San Antonio’s Metropolitan Health Department said it confirmed 66 people became ill after eating at the gala. Metro Health said it only interviewed 110 people out of the 950 people who were in attendance since the San Antonio Housing Authority didn’t provide a list of gala guests.

One woman who ate the dinner died.

Guadalupe Jimenez's family, according to the law firm, has filed a lawsuit against the caterer, which has operated under the name Die Hard Catering and Chef Don’s Catering. Chef Don Mitchell, based out of an eastside building on Houston Street, declined to speak to KENS 5 for this story.

He asked KENS5 to call his lawyer, who didn’t return our phone call.

Mitchell did send us a text message saying quote "airborne virus or even the water."

KENS replied, "Are you saying that’s why people got sick?"

“The problem could lie with Die Hard Catering who provided the food,” said Lange. “It's possible the problem started further upstream with the people who packaged the food to Die Hard Catering, so it's important that we not jump to conclusions until the investigation has been completed.”