Domestic violence suspect sets fire to condo while officers are inside, police say

The suspect was taken into custody and is facing charges of domestic violence and arson. 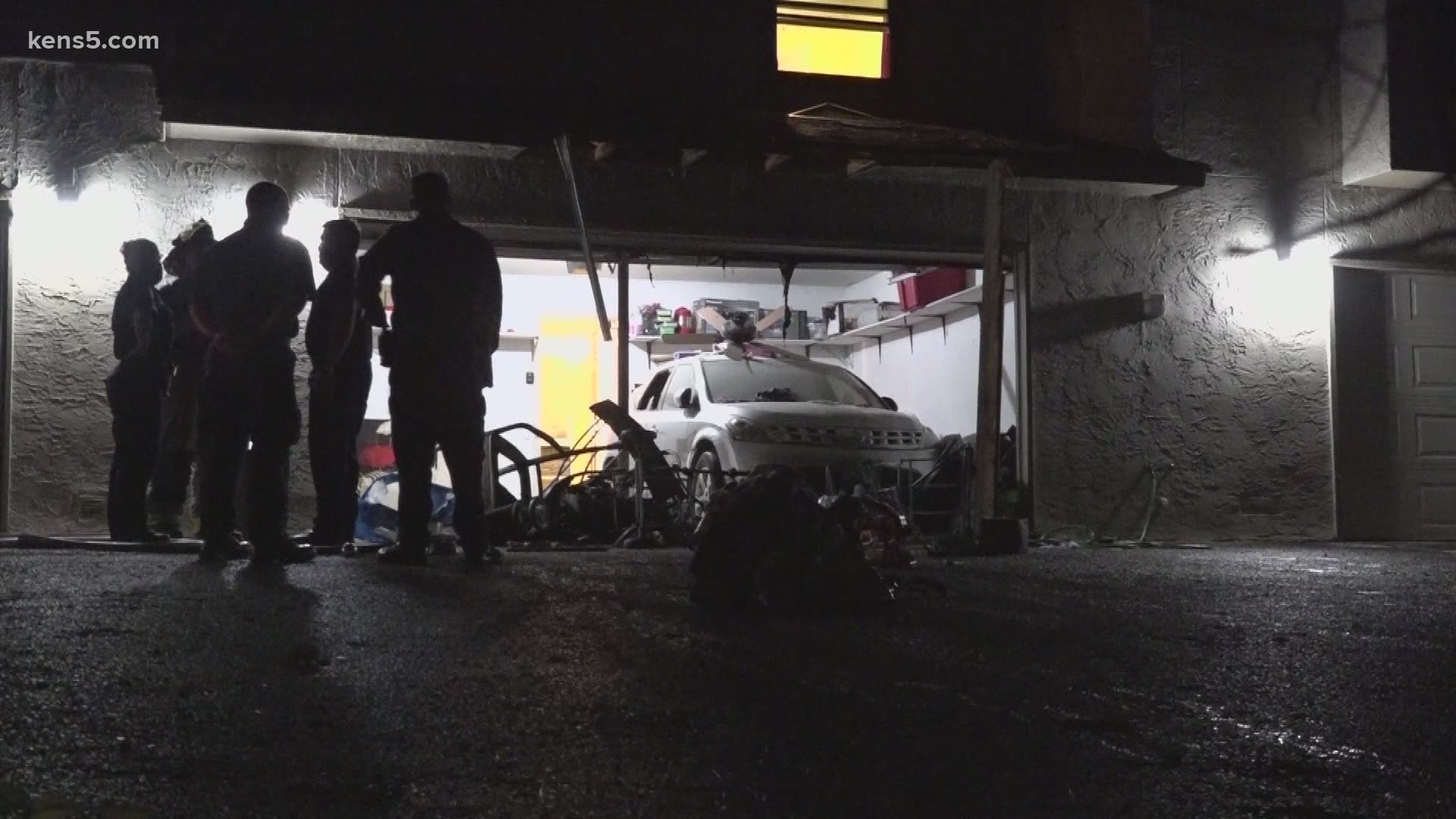 SAN ANTONIO — A man is charged with domestic violence and arson after San Antonio Police said he set fire to a large pile of belongings while officers spoke with the victim.

Officers were called out to a domestic disturbance at the Capistrano Condominiums in the 14100 block of Churchill Estates Boulevard around midnight.

A spokesperson with the San Antonio Police Department said that officers arrived at the scene and made contact with a woman who had been physically assaulted inside of her home.

The suspect, the woman's significant other who has since been identified as Tory Lanier, 41, was believed to have left the scene prior to their arrival.

Officers talked with the woman and took down her report. According to the spokesperson, when the officers went back outside, Lanier was seen setting fire to a large pile of belongings inside the garage.

Officers immediately took Lanier into custody and began working to extinguish the fire. Crews with the San Antonio Fire Department were also called out to the scene where they were able to put out the fire.

Lanier is facing charges of domestic violence, arson and could face more pending the outcome of the investigation.

No one was displaced as a result of the fire and no other injuries were reported.