A local woman who left her dog with a Rover pet sitter is calling it the worst mistake ever. Her puppy came back with open wounds and a virus. 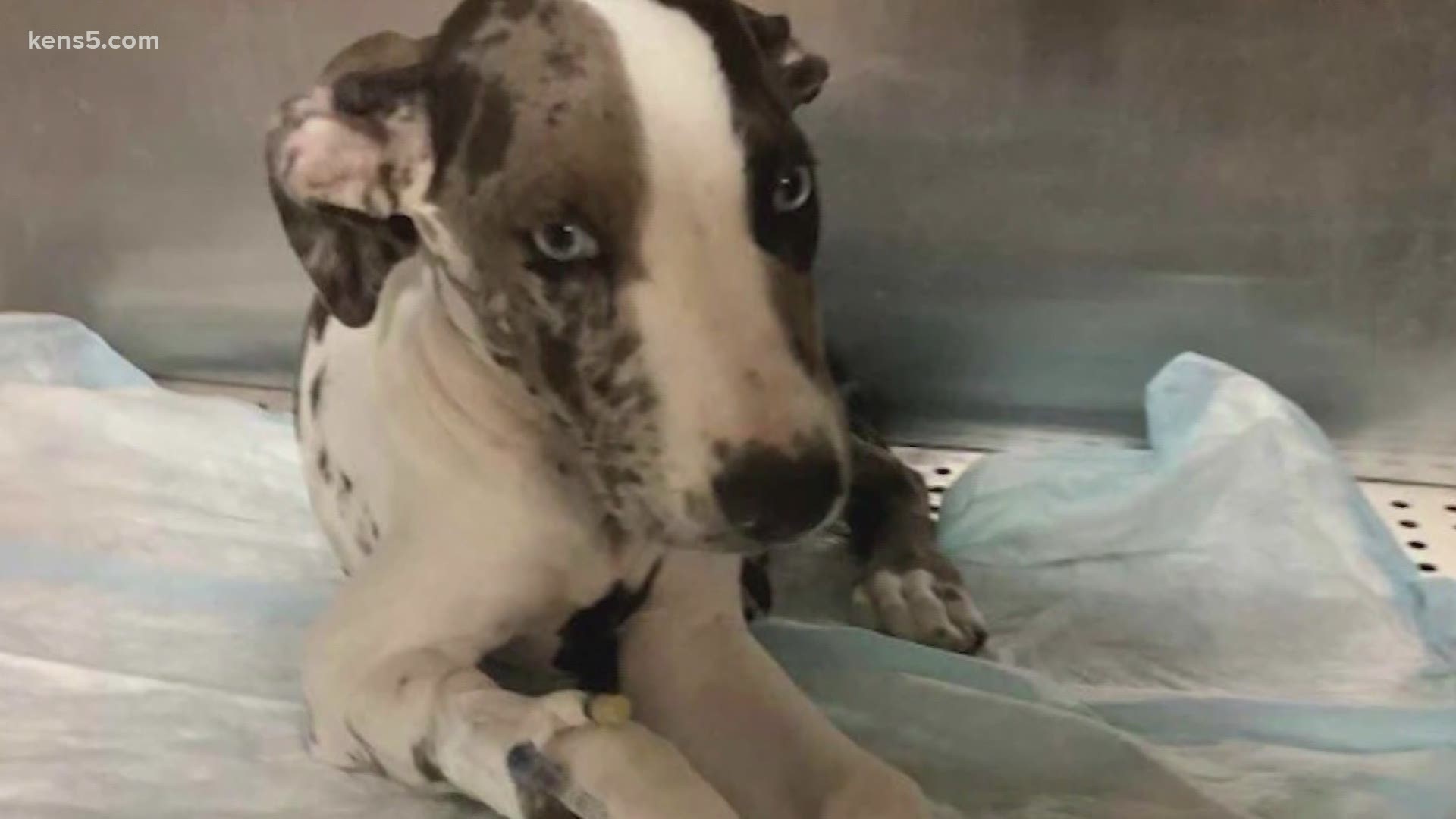 SAN ANTONIO — A local woman who left her dog with a pet sitter through the company Rover is calling it her worst mistake ever after the puppy came back with open wounds and parvo, a potentially deadly canine virus.

Crystal Garza says she was going on vacation for a week and had to find someone to watch her puppy, Athena. Since none of her friends or family members could take care of her dog, she decided to use Rover, a company which connects pet owners with available sitters.

Garza says she looked at more than 10 profiles and ultimately picked a woman who had good ratings.

“You’re reading that on an app and you’re thinking, 'Everything is going to be OK. This person is highly rated.' Other people said they did a great job with their pet,” Garza said. “We got text messages and pictures and I thought everything was OK.”

But when Garza returned from her trip and picked up Athena from the sitter’s home, she said the place was filthy. As for her dog’s demeanor, she said Athena was moving slow.

“She’s a puppy. A Catahoula leopard dog specifically, which is spunky, energetic. They’re jumping all over the place and she just didn’t have that energy,” said Garza. “I noticed a little wound and I commented on it and she (the sitter) said, 'Oh, that’s just a sticker, a burr. She got into bushes.'"

Garza said her grandmother who was with her saw the sitter check Athena’s neck, as she packed the car. Garza said after further inspection, she saw multiple marks on her dog’s body.

Credit: KENS 5
Wounds near Athena's head and on her neck.

Garza said Athena also began vomiting. When she asked the sitter about the condition of her dog, Garza said the woman claimed the puppy chewed on a phone cord while denying another dog caused the wounds.

Athena later tested positive for parvo. It’s a contagious and potentially deadly virus that’s spread by direct dog-to-dog contact or indirect contact with their feces. She said her puppy received the correct number of vaccination shots for her age prior to her stay at the sitter’s home.

Garza says Athena was expected to get her last dose of the canine parvovirus vaccine the week she returned from vacation. Instead, her puppy was in the hospital for four days on pain medication and antibiotics. So far, the family has paid around $3,900 for veterinarian expenses.

“I just thought, 'What if we couldn’t have afforded this?' You’re essentially sent home to watch your pet die,” Garza said. “This experience has scarred us for life. We have now said, 'Any vacation that we go on, we're going to take her with us.'”

KENS 5 reached out to Rover about the incident. A spokesperson sent us this response:

“We join with Crystal in hoping for a full recovery for Athena, and we are deeply saddened that they had this experience.

"At Rover, the well-being of the people and pets on our platform is a top priority. As part of our ongoing investigation, we have refunded Crystal for Athena’s stay and removed the sitter from our community, preventing them from accepting future bookings through the platform.

"Every stay booked through Rover is covered by the Rover Guarantee, which is designed to cover vet expenses in the rare event that a stay doesn’t go exactly as planned. As you mentioned, Crystal is working directly with our 24/7 Trust and Safety team and we are committed to providing support including veterinary expense reimbursement.

"This is far from the typical experience on the platform. In the San Antonio area, over 100,000 services have been booked through Rover, with 97% of reviews being 5 stars."