Dog rescued from the side of Loop 410 on the mend

Jackson was rescued on the night of December 30. He was soaking wet, shivering, and needing help. 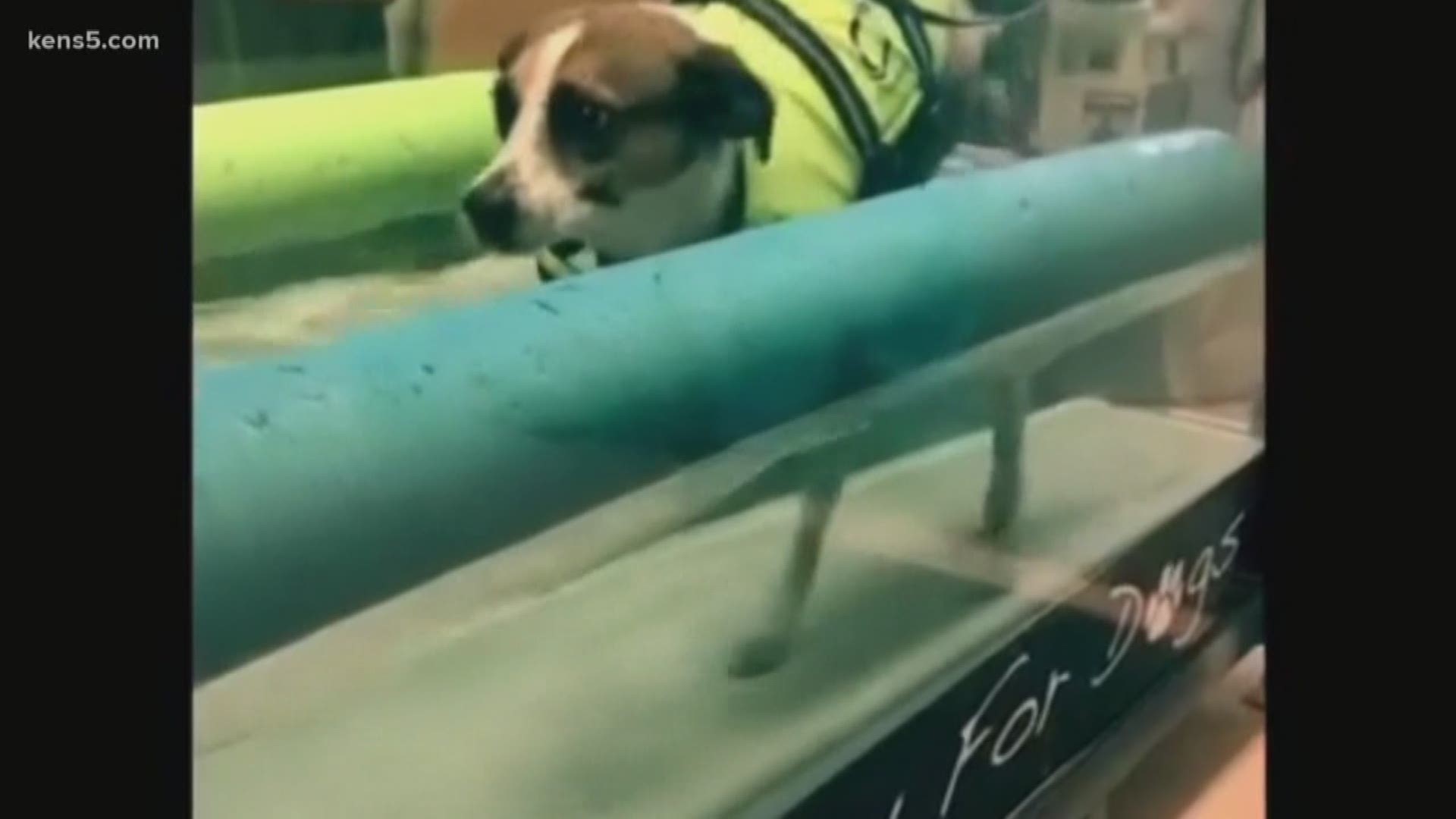 SAN ANTONIO — A beagle dropped sixteen feet from an overpass in December is on the road to recovery. He was miraculously saved by a woman who saw the dog on the side of the highway.

Jackson was rescued on the night of December 30. He was soaking wet, shivering, and needing help. White said, "He was laying in the road on 410 in the breakdown lane."

She scooped him up and has been one of the many people nursing him back to health over the past five months. White added, "They broke both of his legs. Both of his femurs, unfortunately, were broken."

Jackson's back right leg was amputated, but he gets around just fine - for the most part. White told us, "That was about a month ago, and now he's here trying to get some physical therapy so he can strengthen that back leg, so he will hopefully be able to walk again to support the rest of his body."

White brings him to the Westridge Pet Hospital and Wellness Center twice a week for hydrotherapy. "Where they put him on a treadmill and let him walk in the water, and it helps to strengthen that back leg so that hopefully he will be able to start using it again without having it fold underneath his foot," said White.

Even though this superdog has been through so much, White says he's one of the sweetest dogs she's ever met. White added, "He is so forgiving. He is so lovable. He's just a good dog all around. He loves cats. He loves dogs. He loves children. He just loves everybody. He's such a good boy."

A good boy still on the mend, who eventually may need a forever home.