The Believe It Foundation launched a new bike program for children with physical disabilities. 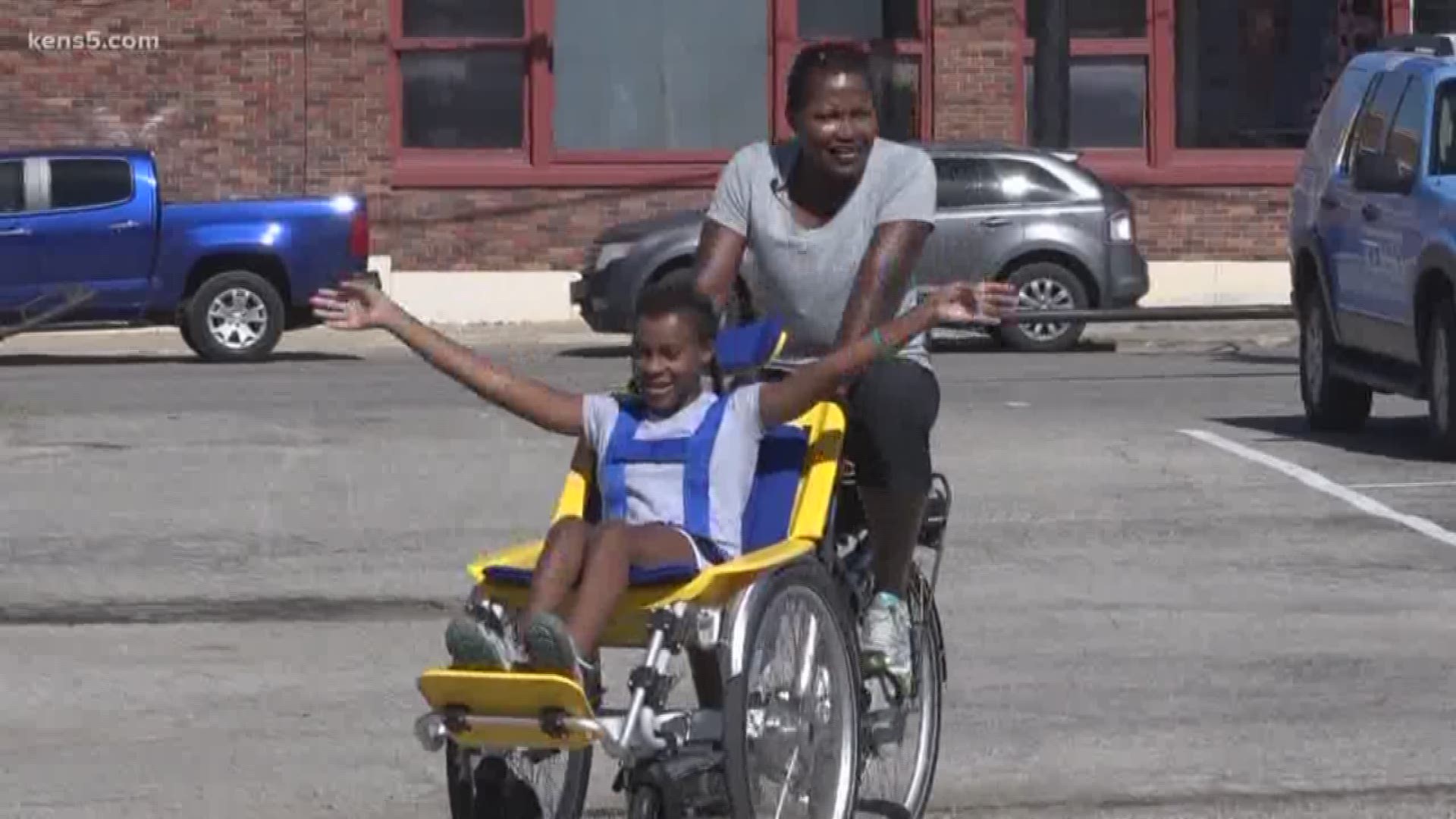 This year at Sicolvia, the Believe It Foundation rolled out a new bike program to get children with physical disabilities off the sidelines and enjoy the thrill of riding a bike.

The non-profit launched Believe it Bikes on Sunday for families to experience the new bikes along other riders at Sicolvia.

Anita Mosley’s and her husband brought their daughter, Sydney Mosley, 13, to try out the bicycles.

Sydney suffers from Cerebral Palsy, a physical disability that affects her movements and posture.

She can walk, but the disability makes it nearly impossible to ride a bike.

“There are lots of things she has been able to do, but a lot of times something like this is just out of her reach, so for her to be able to come out…is great,” Mosley said.

Mosley hopped on The Duet bike with Sydney strapped in the front and took off.

Sidney laughed and waved her hands in the air in excitement, urging her mom to pedal faster.

“The best part is when we would do really wide turns and it would go even faster,” Sydney said.

The city wide program will allow families to rent adaptive bikes for $15 with a membership at select locations.

They rolled out two bike models, The Duet and the Freedom Concepts DCP 16.

The non-profit partnered with San Antonio Bicycles to incorporate The Duet as part of their bike rental. The bikes can be rented at the San Antonio Zoo and the Roosevelt B-cycle stations. They must be reserved 48 hours in advance.