Confia Homes is starting construction on its first of 19 homes in Cedar Crest. City staffers say they're among 600 affordable homes planned for Southern Dallas. 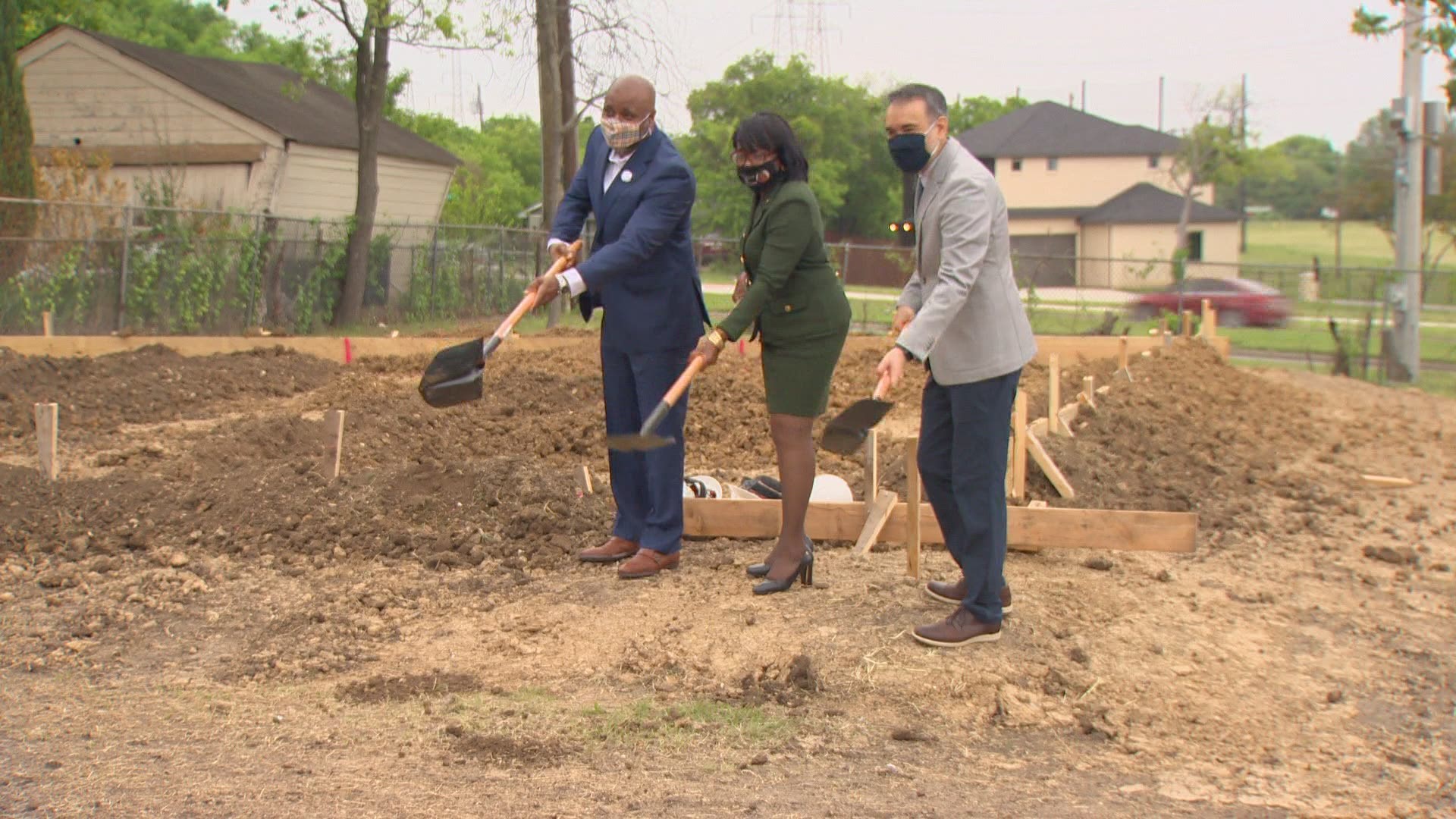 DALLAS — There was excitement and a sense of curiosity in the air as a small group of neighbors and city staffers gathered near a lot along E Elmore Avenue on Tuesday morning.

Frames are in place for laying a foundation, and shovels were set near a heap of dirt, in preparation for a groundbreaking event.

The site is the beginning of a new home development project in the Cedar Crest community of Southern Dallas.

Staff with the City of Dallas Housing Department said the construction is part of a $4 million investment the developer is making in the Cedar Crest community. The project is part of an ongoing City Housing program that allows developers to purchase clusters of lots to build affordable homes.

”Through this program that we created two years ago, you will see some 600 lots being sold and redeveloped around southern Dallas. Many of them here in District 4,” explained David Noguera, director of housing and neighborhood revitalization at the City of Dallas.

Representatives with Confia Homes said their team has met with neighbors and the homes will feature attractive, quality amenities new home buyers have come to expect.