Despite delivery concerns, applications for mail-in ballots are pouring in

The Harris County Clerk's Office has already received 167,863 applications for mail-in ballots for this year's election. 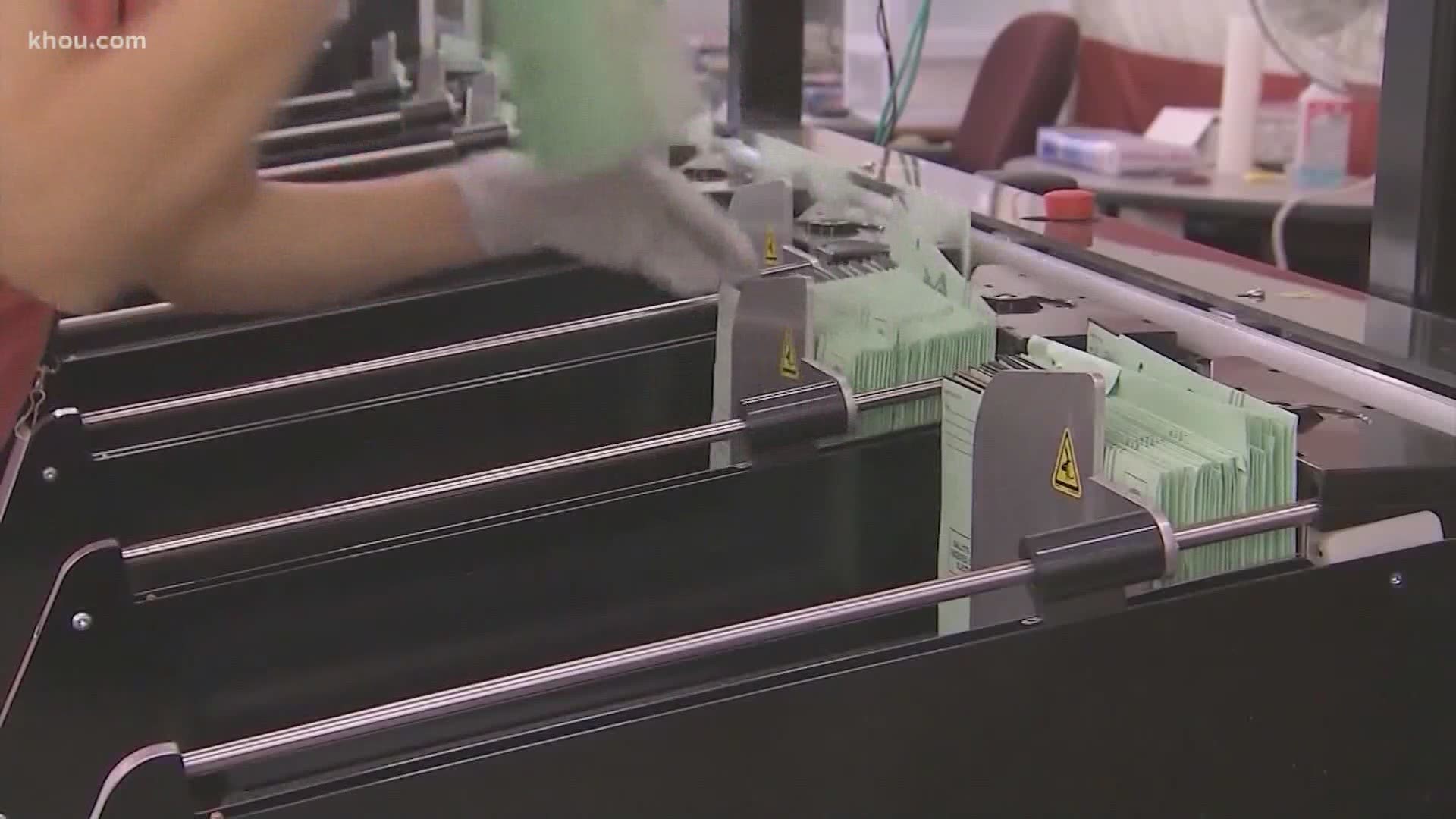 HOUSTON — The United States Post Office is suspending any new changes to their workflow until after the November election. This comes after concern that mail-in ballots may not arrive on time.

But that’s becoming a very popular way to vote, especially in Harris County.

As of Wednesday, the Harris County Clerk's Office has already received 167,863 applications for mail-in ballots for this year's election. That’s already 50,000 more applications than all of 2016, and it's still two months away from election.

In a letter to Texas Secretary of State Ruth Hughs, Thomas Marshall, Executive Vice President of the United States Post Office, details his clear concern that mail-in ballots sent out close to election day may not make it on time to be counted.

This comes as concerns over mail delivery continue. The Washington Post published a map that shows Houston has had the second-highest drop in mail sorting capacity in the country, citing the city has seen a drop of 470,000 pieces of mail sorted each hour.

But election year only heightens this concern, especially because of COVID-19.

The Harris County Clerk's Office released the numbers. In 2018, the primary runoff election had a total of 36,021 mail-in ballots.

Fast forward to the primary runoff from this past July. In the midst of a pandemic, 83,474 people decided to vote by mail. That’s 2.3 times more.

That is why the County Clerk’s office is pushing you to apply for your mail-in ballot today. You have until Oct. 23 to get them your application, but they’re hoping you don’t wait that long.

Once approved, ballots should be sent out starting mid-September. They say as soon as you get your ballot, get it back to them.

If you’re concerned about the post office, for the first time ever, you can drop off your ballot in person at one of their 11 locations once early voting begins.