The attorney representing the woman in the cases said he's turning affidavits and evidence over to the authorities to see if criminal charges will be filed. 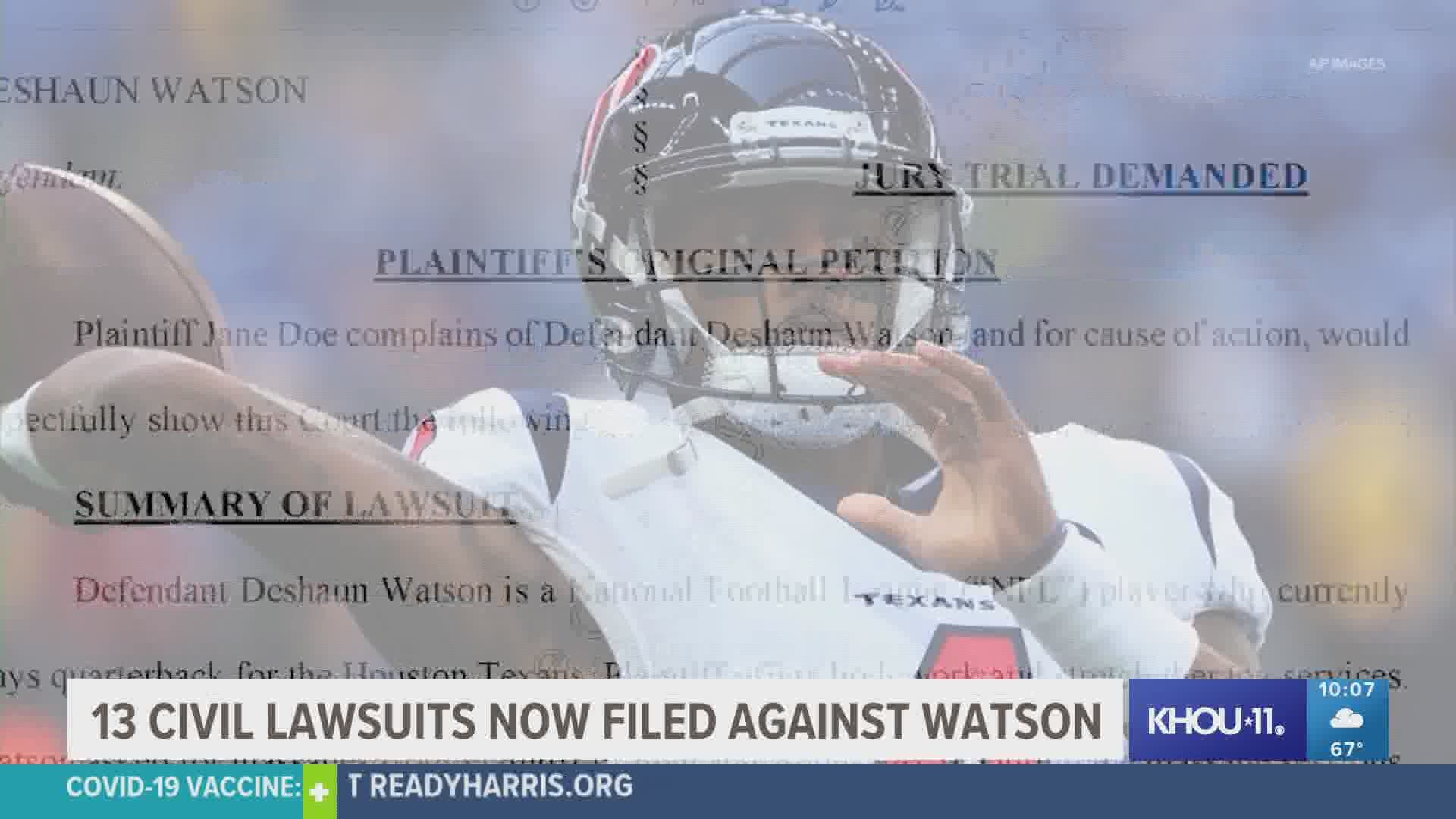 Tony Buzbee, the attorney representing the women in the cases, said he's turning over affidavits and evidence to the Houston Police Department and Harris County District Attorney's Office to see if criminal charges are warranted.

An HPD spokesperson said they won't comment on the case unless there's a charge or arrest. The DA's Office said the same.

Two legal experts who are not involved in the case said the civil cases make it more likely that Watson will end up speaking about the allegations because he could be forced to testify.

“It’s his choice to take the stand in a criminal action, but if he’s being sued in a civil action as the defendant, he can be forced to testify,” University of Houston law professor Meredith Duncan said.

Duncan said Watson could refuse to answer questions under oath if there’s a chance those civil allegations could turn into criminal charges.

“If his testimony might be damning to him, then he might be able to plead the Fifth (Amendment) as well,” she said.

They also said these types of cases are easier for the plaintiffs to win due to the lower burden of proof needed in civil court.

“The civil side ... they only have to prove a preponderance of the evidence, where obviously the criminal case, there would have to be proof beyond a reasonable doubt,” South Texas College of Law professor Kenneth Williams said. “One of the things that I’m sure the attorneys will be looking for are texts or emails that might have been exchanged between Mr. Watson and the alleged victims. And also, what might be important is, did the alleged victims make what’s called a contemporaneous complaint? That is, did they tell a relative or a friend or a co-worker?"

All of the lawsuits filed Monday accuse Watson of civil assault and intentional infliction of emotional distress during massage sessions. One of them accuses him of sexual assault.

In eight of the lawsuits, the women claim Watson reached out to them directly through Instagram to set up the massage sessions. The incidents allegedly happened between March of 2020 and January of 2021 in Houston and near Atlanta.

The allegations detail a variety of inappropriate behavior that reportedly transpired during the massage sessions with Watson.

At this time, Watson has not been charged with a crime. Most civil cases end with a settlement before a trial takes place, which means no one admits guilt. In most cases, both sides agree not to talk about what happened.