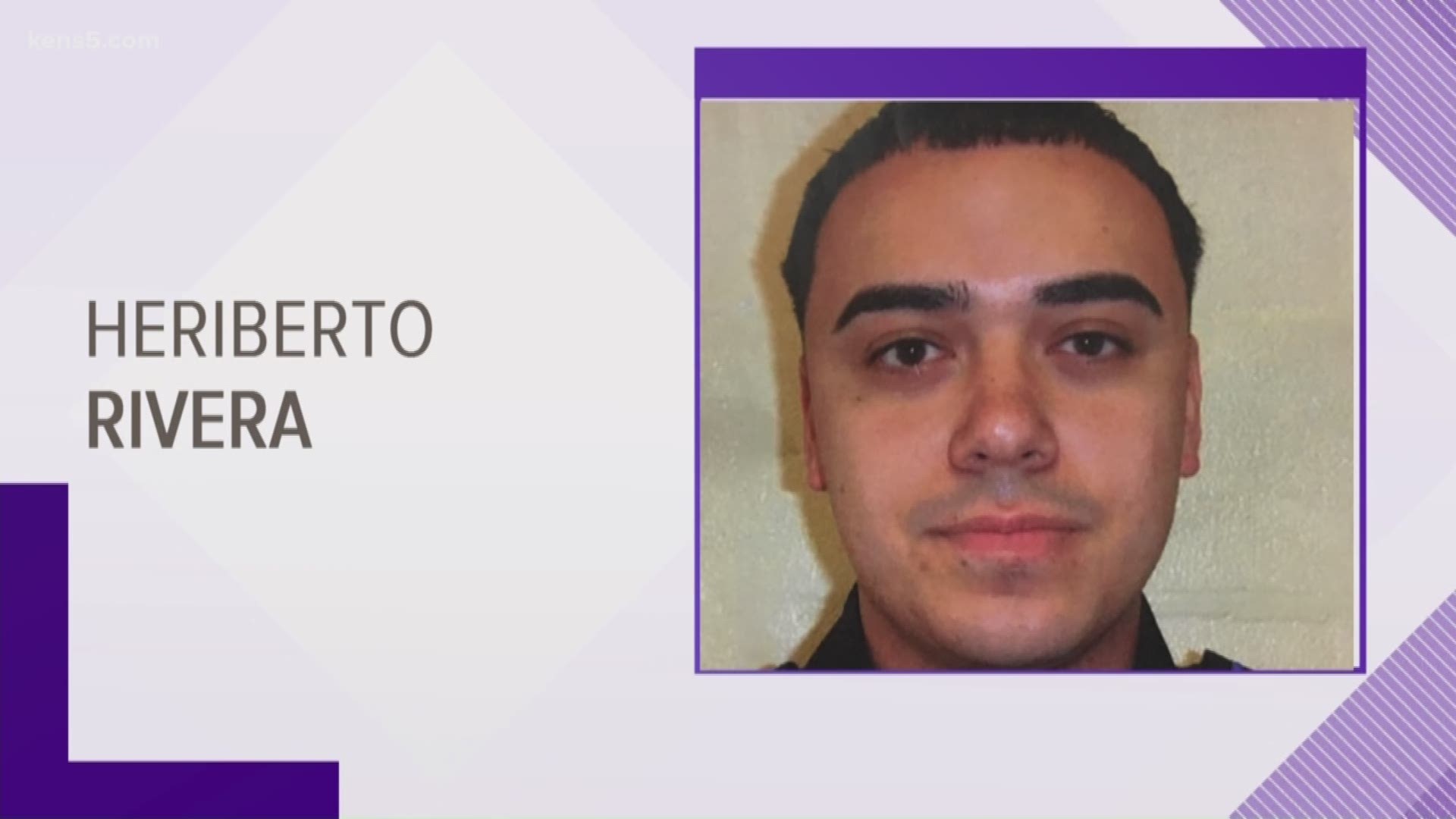 For the 23rd time in 2018, a Bexar County Sheriff's Office Deputy has been arrested. Sheriff Javier Salazar said Deputy Heriberto Rivera is facing two charges related to an overnight crash.

Salazar said Rivera is charged with driving while intoxicated and possession of a controlled substance.

"Around 2:15 this morning San Antonio Police Department patrol or a DWI officer, they received a call for service for a possible DWI," Salazar said. "Something that this deputy, off duty, was doing led somebody to call in as a possible DWI. When the SAPD officer got in behind the vehicle, they observed the vehicle strike a center barrier, the center median."

Salazar said the crash happened at Highway 151 and Military Drive. Officers took Rivera into custody and during a subsequent search of the vehicle, Salazar said the officers found what they called narcotics paraphernalia. "It was described to me as hash oil residue. That residue was subsequently field tested as positive and that led to a secondary charge," he said.

Salazar said the 25-year-old deputy with 5.5 years of service was placed on unpaid leave and ordered to take a mandatory drug test. Salazar said if Rivera refused the drug test, he would be considered insubordinate and subject to immediate termination.

While some deputies have a troubling track record for discipline, Salazar said Rivera's background is clean. "His record is unremarkable. There's nothing that stands out," Salazar said.

Salazar said the issue of deputies being arrested is a problem years in the making. "Since 2009, which is as far back as we can check numbers, we've been in the double digits for arrests of deputies," Salazar said.

Salazar said in an effort to bring the problem under control, he has toughened restrictions on getting into the academy, preached his zero tolerance policy at roll calls and in-service training sessions and even gone so far as to install custom banners in BCSO facilities reminding deputies that DWI offenses will not be tolerated.

"I will handle them as swiftly and severely as I am legally able to. I will obey the law, but I will take it as far as I possibly can," Salazar said.

Salazar said his options are somewhat limited by a number of factors, including the collective bargaining contract between the county and the deputies' association.

"In my gut, I want to terminate somebody on the spot, and in fact I have, when it's become somewhat appropriate. I'm not able to do that in every instance and I have to rely upon what's advised to me by the District Attorney's office, what can be defended, what will stand up to the scrutiny of civil service hearings and arbitrations and I am also governed by the local government code on how severely I can treat these cases," Salazar said.

Salazar said representatives from Alcoholics Anonymous and Mothers Against Drunk Driving have made presentations at the BCSO Academy, stressing the importance of sober driving. "The poor decisions that this one individual made are not indicative of the vast majority of the deputies in this agency," Salazar said.

Speaking of ways to decrease the number of deputy arrests, Salazar pointed out that he has just hired a psychologist to help in a number of ways. "Dr. Brandi Burque from the San Antonio Police Department will be joining us in January 2019 and she will be our first ever department psychologist," Salazar said, adding that the doctor will help with pre-employment screening, critical incident management, personal problems of deputies and she will deploy with SWAT negotiators.

"On day one, she will be the most overworked police psychologist in the country and quite frankly, she is a star player and I intend to build the program around her," Salazar said.

After he was released from the magistrate's office, Heriberto Alejandro Rivera tendered his resignation with the Bexar County Sheriff’s Office.

Sheriff Javier Salazar released the following statement about the situation: “This former employee has chosen to end his BCSO career rather than undergo an investigation. I wish him my best with any issues he may have had that led to this incident.”