De'Ondre White also faces an additional 14 counts of aggravated assault for the injury of 14 others. 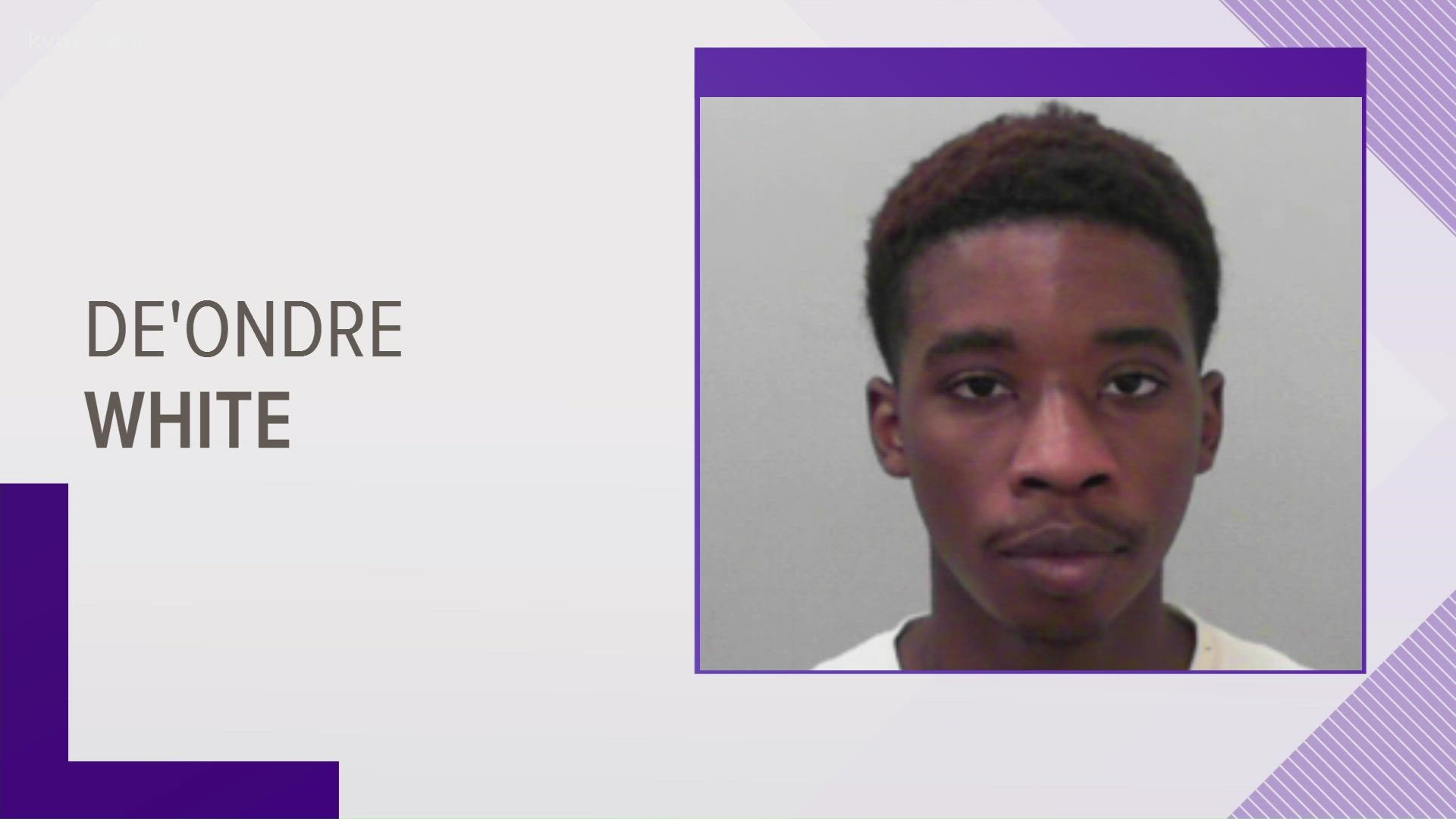 AUSTIN, Texas — A Travis County grand jury has returned an indictment on a first-degree murder charge against 19-year-old De'Ondre Jermirris White in relation to the June 12 shooting on Sixth Street in Downtown Austin.

White was charged with murder over the death of Douglas Kantor, and an additional 14 counts of aggravated assault for the injury of 14 others in the mass shooting, Travis County District Attorney Jose Garza said on Monday.

White is in custody with a bail set at $1 million. Garza said he is expected to remain in custody.

The case is pending in the 450th Judicial District Court and will be prosecuted by the district attorney's office’s Homicide and Major Crimes Unit.

“This case has deeply affected our community and our hearts continue to be with the family of Mr. Kantor, as well as all the victims of assault,” said Efrain de la Fuente, assistant director for the Trial Division and Homicide and Major Crimes Unit. “We appreciate APD’s work on the scene to render aid and transport people to hospitals, as well as the hard work and dedication from the detectives in this difficult and ongoing investigation.”

The Killeen Police Department arrested White on June 24 after authorities dropped charges against two other teenagers who had been arrested in the case. Authorities said they are not sure the other two previously named suspects, who police said had weapons at the time, ever fired.

According to White's arrest affidavit, the Austin Police Department received an anonymous tip on June 15 identifying a subject named "Dre" as the shooter. The caller also provided an address in Killeen, which matched an address on the registered Texas driver's license for White.