DPS said a pursuit began when Sebastian Tovar refused to pull over, leading a trooper on a chase for around 50 miles, at times reaching speeds over 100 mph. 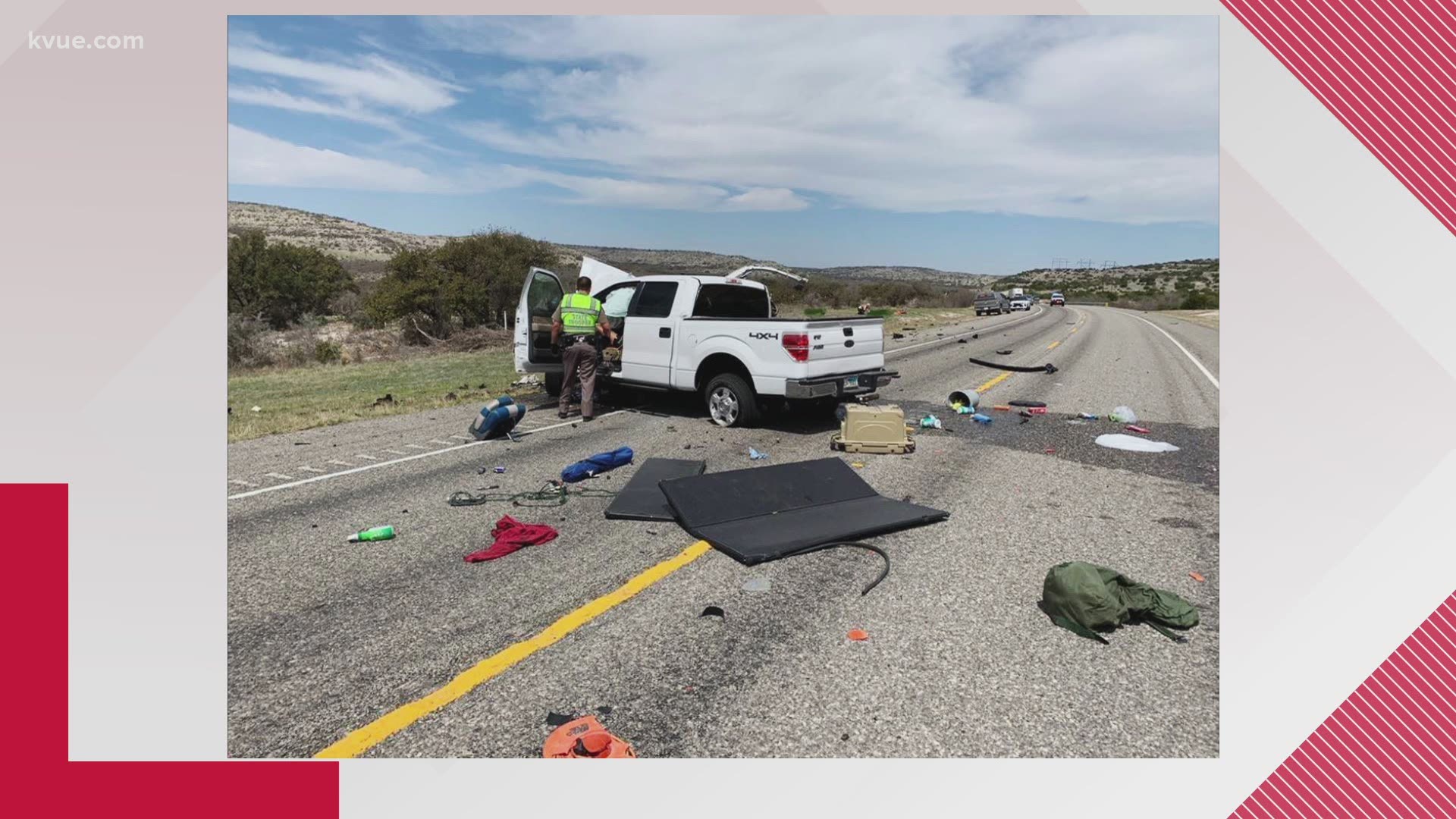 Authorities allege Tovar was traveling in a maroon pickup truck on FM 2523 near Del Rio when a Texas Department of Public Safety trooper attempted to stop him for speeding.

DPS said a pursuit began when Tovar refused to pull over, leading the trooper on a chase for around 50 miles, at times reaching speeds over 100 mph.

The crash happened on U.S. Highway 277 while Tovar was reportedly traveling north into the southbound lane. The Dodge truck collided head-on with a white Ford F-150.

The driver and a child passenger of the Ford F-150 were hospitalized and are in a stable condition.

The agency said the eight people killed and the surviving truck passenger were immigrants in the U.S. without authorization.

Credit: AP
Debris is strewn across a road near the border city of Del Rio, Texas after a collision Monday, March 15, 2021. Eight people in a pickup truck loaded with immigrants were killed when the vehicle collided with an SUV following a police chase, authorities said. (Texas Department of Public Safety via AP)

The federal complaint alleges that following the crash, Border Patrol agents on the scene encountered a beige pickup truck stopped in traffic on Highway 277 near the crash site. While agents were directing traffic, multiple occupants jumped out of the beige pickup and fled the scene, according to the U.S. Attorney’s Office. Agents subsequently apprehended 12 people who fled the truck.

Two of the undocumented immigrants, both Mexican citizens, told agents they were part of a failed human smuggling attempt with groups divided between the maroon and beige pickup trucks.

Tovar, who remains in federal custody, faces up to life in federal prison upon conviction.

IRS to move US tax deadline to mid-May, reports say