Every traffic stop is different. But there are certain steps police officers follow during each one to stay safe. 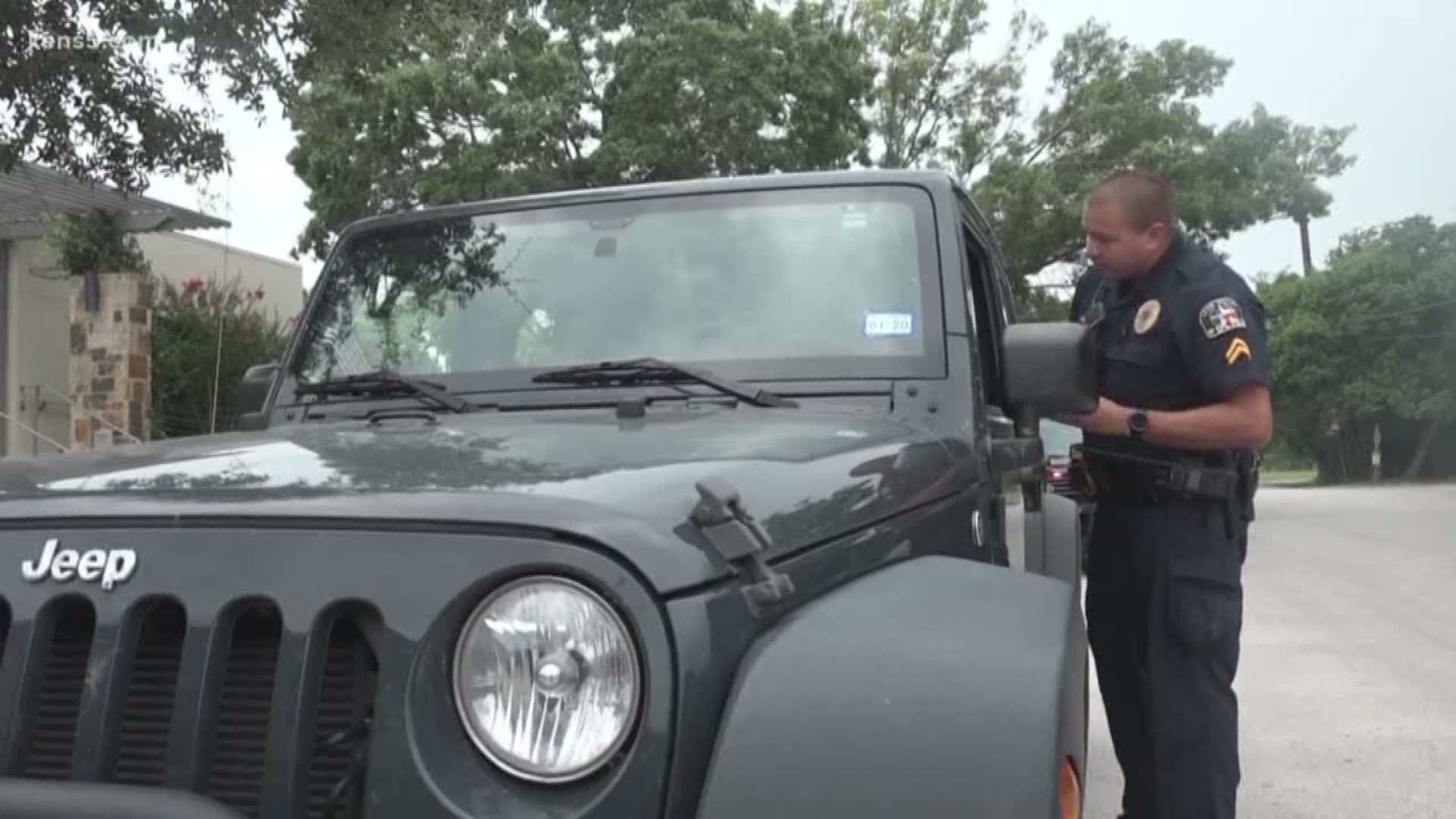 LEON VALLEY, Texas — It's been one week since Deputy Carlos Ramirez with the Kendall County's Sheriff's Office was killed during a traffic stop on I-10. According to the CDC, the main cause of death for police officers is motor vehicle-related incidents, either car crashes or being struck by another driver.

"Another brother killed in the line of duty by something avoidable," said Officer Louis Farias. "It hurts us all, because that could've happened to any of us."

Farias belongs to the Leon Valley Police Department. Assistant Chief Ruben Saucedo said his team makes about 30 to 50 traffic stops a day. "There are an estimated 80,000 cars that come through the middle of Bandera road on a daily basis," Saucedo said. "And that's just one road."

Saucedo said officers have to keep their head on a swivel, constantly watching the driver and the traffic around them.

During a traffic stop demonstration, Farias showed some of the steps they follow to stay safe during a traffic stop. He started by running the license plate to learn basic information about the driver and find out if they have any warrants. He then makes contact with dispatch.

"Dispatch knows I'm on this block number, I'm out on a traffic stop with the license plate I've given," he said.

As Frias walks up to the driver, he checks the driver's side mirror and back window to find out how many people are in the car.

"I want to hug the vehicle as close as I can to give me the most protection," Farias said. "And I'm making sure they're not reaching for anything that's going to give me any problems."

Whenever Frias walks back to his vehicle, he'll continue to keep an eye on the driver. He said more than 10 years ago, he was taught to walk backward to his patrol car, now it's the opposite. Officers are instructed to walk forward and keep an eye on traffic.

"I'll do a couple looks back to make sure everything is okay," Farias said.

Saucedo said if you're ever pulled over, you can do your part to keep you and the officer safe. He said you should roll down your windows, then wait to take out your driver's license and insurance information.

"Put your hands on the steering wheel," Saucedo said. "Wait for the officer's instructions. They may just tell you, 'hey you forgot to turn on your tail lights.'"

Even if they follow all the necessary steps, officers can't control the traffic around them. "It's not safe at all for them to be outside the vehicle," Saucedo said. "Unfortunately, it's the officer that's out 90 percent of the time and they're the ones getting hurt."

So if you see flashing lights, be careful. Our officers want to make it home safe, too.