A man who tried to stop a pawn shop robbery was shot and killed. It was all captured on video. 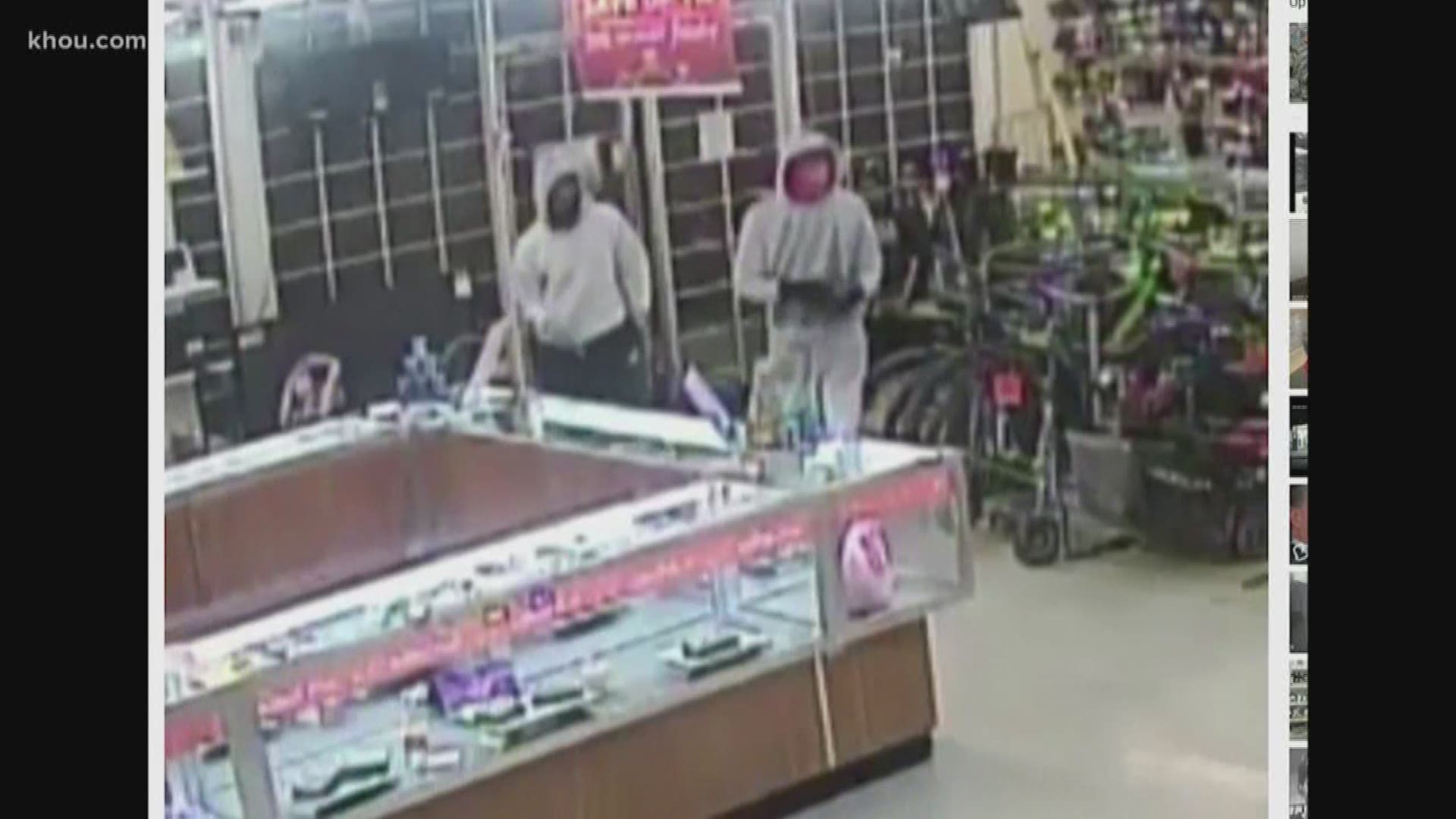 New video shows two robbery suspects storm into a pawn shop in southwest Houston. One of the suspects fatally shot a man who tried to stop them.

It happened this past Wednesday at a little before 8 p.m. Two men in hoodies and masks wearing gloves went into the store at 6000 Bellaire Blvd.  Employees took cover as the suspects ran to the back.

A man inside the store, who is licensed to carry, was waiting for the suspects to come out of the back. When they did, that man and the suspects exchanged gunfire, with the suspects fatally shooting the man.

The suspects then took off.

The victim was taken to the hospital, where he later died. It's not known if either of the suspects was injured.