The incident happened just before 9 a.m. Thursday on Broadway and Gulf Mart Street. 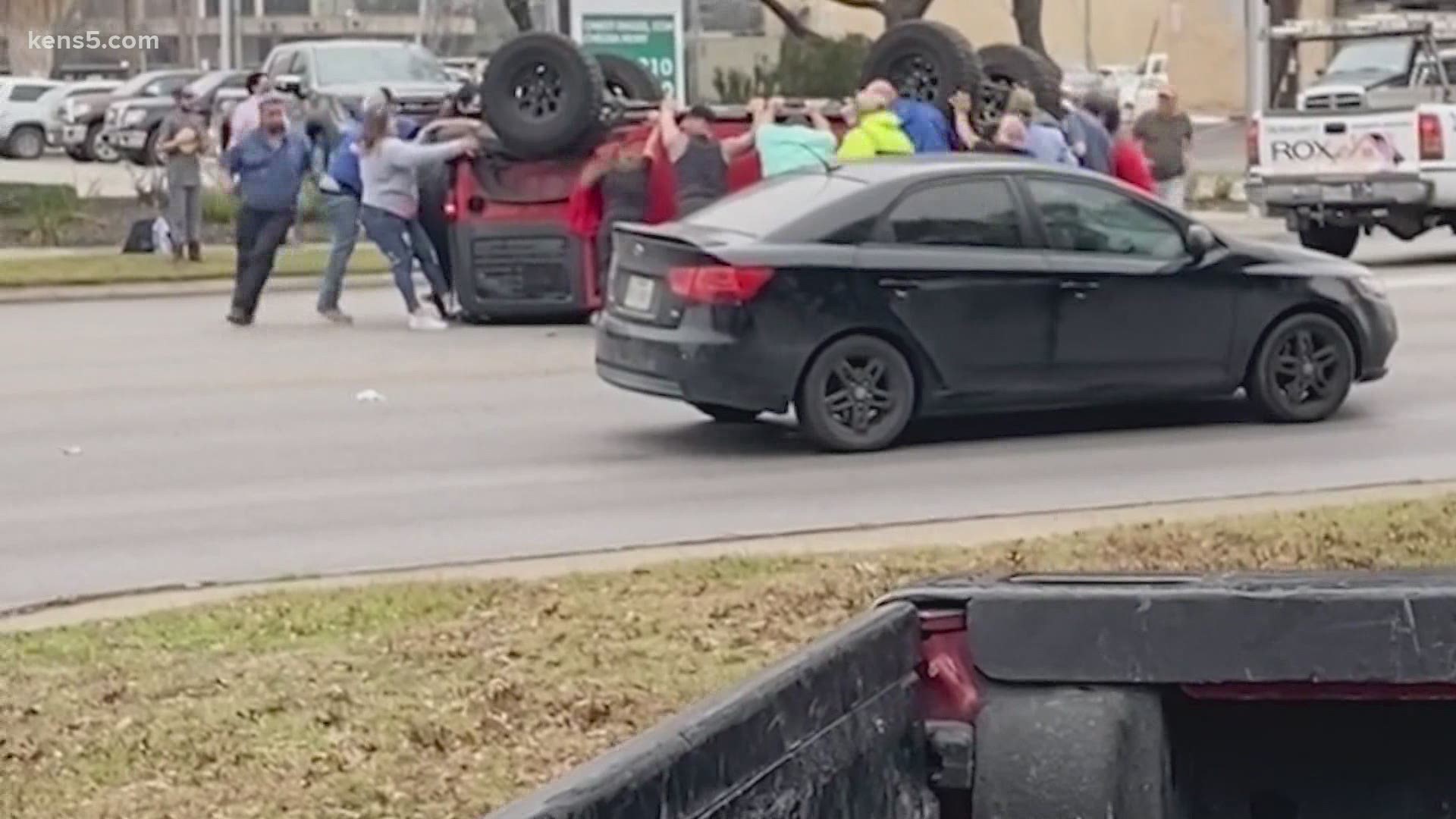 SAN ANTONIO — One person passed away after a rollover crash on the city's north side, the San Antonio Police Department said.

North East ISD spokesperson Aubrey Chancellor told KENS 5 that Krupa was an officer for their district. Chancellor said Krupa had just started Wednesday for the district. He was on his way to work when the crash took place.

The car crash happened just before 9 a.m. Thursday on Broadway and Gulf Mart Street. Police said Krupa was driving a Jeep Wrangler northbound on Broadway approaching the intersection when a Dodge Charger began making a left turn onto Broadway. Police said the driver of the Charger did not yield to oncoming traffic.

Krupa swerved to try to avoid a collision with the Charger, but the vehicles crashed into each other. Krupa's vehicle rolled over onto its roof.

A witness captured video of more than a dozen people who tried to help following the crash.

"These were all people getting out of their cars and just blocking the whole street and ran up to the vehicle and just started pushing," he said.

Together, they used brute force and whatever they could grab to push the 4,000-pound Jeep Wrangler on its side.

"It was awesome seeing so many people get together and jump out of their vehicles to try and flip this vehicle back over," he said.

He said the people who acted fast were courageous in their pursuit to save a life.

"That's San Antonio for you," he said.

The man added that first responders on the scene were compassionate.

"A fireman knelt down beside him and put his hand on him for about 15 seconds and I presumed he was praying," he said. "And I think the other fireman actually said a prayer with him."