The March on Washington marked an important moment for the Wright family. 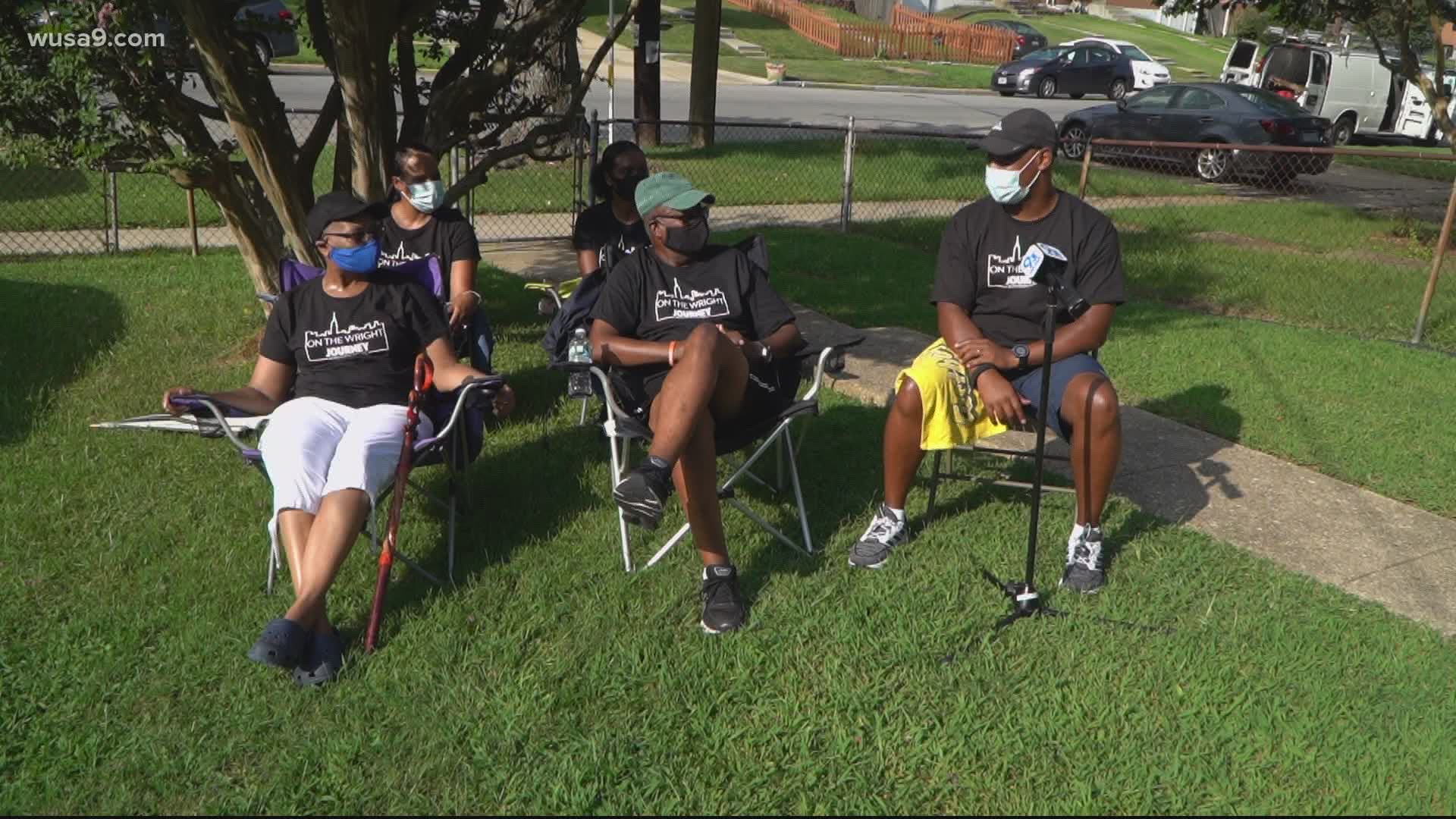 WASHINGTON — The March on Washington brought together tens of thousands of people, each with a specific reason for why they wanted to march. For the Wright family, August 28 marked an important moment.

The Wright family had three generations of people who attended the march together.

"The reason I started planning it months ago is because I saw so much happening in the world around us. It wasn’t just the coronavirus. It was the George Floyd incident and as a shared before, George Floyd is the same age I am. And that really struck me in a profound way. When I looked at the video, it really hit me to myself. I realize, that I cannot stay on the sidelines anymore. I had to jump in and get involved. Since that point, it really has been something that has been stirring inside of me that I feel like this is a moment that I had to jump into," said Vennard Wright.

Vennard said it was important to include his parents, children and wife, in on the historic day in DC.

"It means a lot to have my mother and father part of this experience because it’s acknowledging what they went through. In addition to that, it’s important for them to have my children part of it as well because I don’t want them to have the cynicism previous generations have felt," said Vennard Wright. "For such a long time in my career, I was very shy about talking about racial issues because I did not want it to negatively impact me. Now I feel obligated to do so because there are so many people that are following behind me and who need someone to advocate on their behalf and that’s why I jumped into the fight."

"It is a blessing for my granddaughter to experience this. This is a once-in-a-lifetime thing and I’m proud. I’m just proud that my son and his daughter, his oldest daughter are able to participate in this," said Mary Wright.

RELATED: Faith leaders walk more than a hundred miles to join fight for racial justice at March on Washington

RELATED: 'How did we get here?' | In the middle of a pandemic, thousands march for racial justice

"This is just our journey. We’re not speaking for other Black people, we’re not a monolithic race, we all have different experiences but this is the right journey. This is what it means to us," said Vennard Wright.