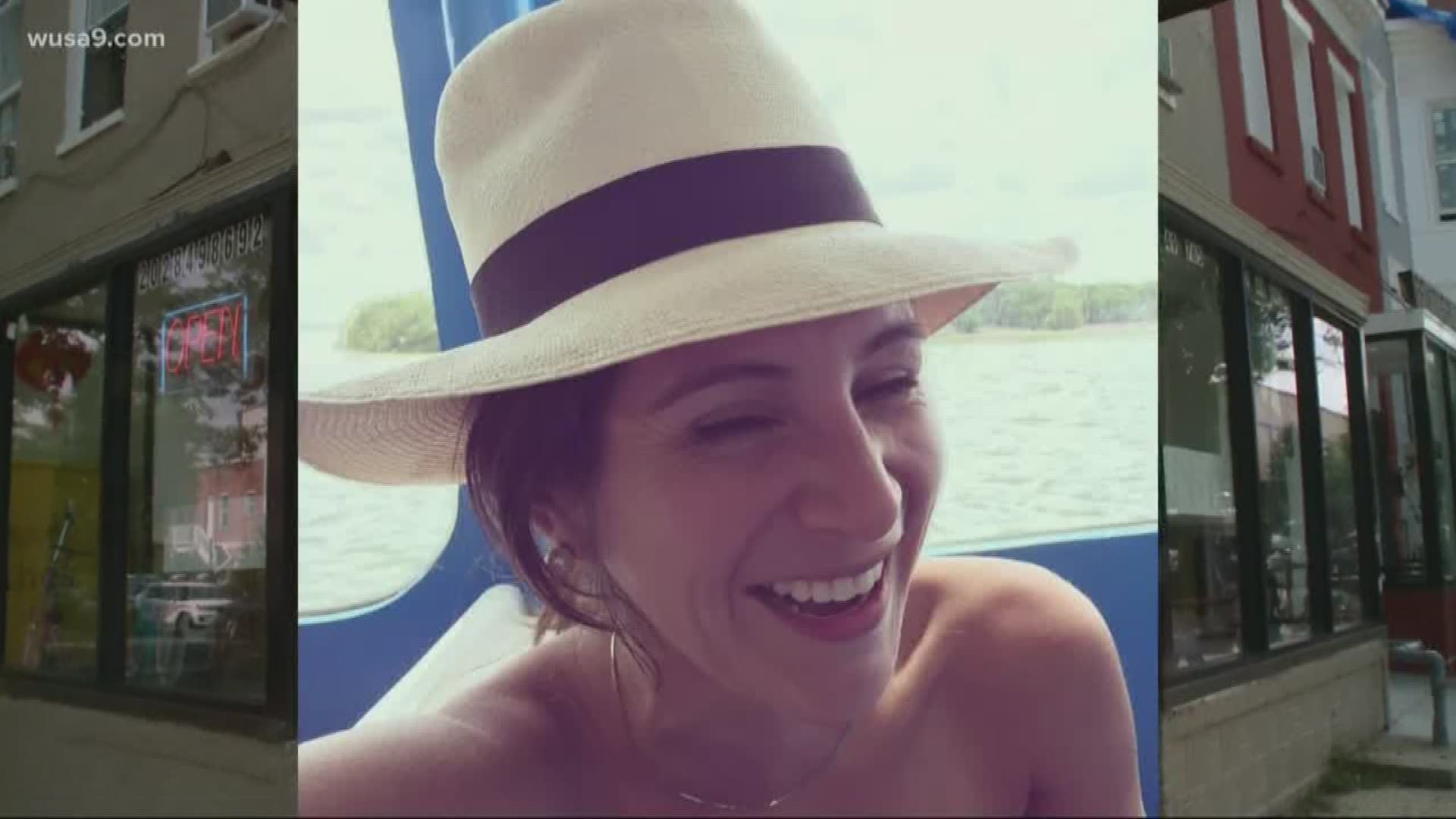 WASHINGTON -- New information is expected Thursday, two days after a 35-year-old woman was stabbed to death while jogging Tuesday night near her home in Logan Circle.

Just before 8 p.m. on Tuesday, Wendy Karina Martinez was jogging westbound, approaching the corner of P Street and 11th Street in Northwest, D.C.

It was a picture-perfect night to be outdoors, with temperatures in the 70s and clear skies. As Martinez approached the intersection, people across the street were outside on a restaurant patio, enjoying dinner.

It was then that Martinez was stabbed in what police believe was "more than likely" a random attack.

Martinez's stab wounds were very serious, and she made her way into a nearby Chinese restaurant after the attack.

Wendy Martinez ran inside of this carryout bleeding and looking for help. Police say bystanders tried to save her — including one person who was a nurse. The aftermath was caught on surveillance video but is too graphic to show @wusa9 pic.twitter.com/R6FdAt8bAA

Surveillance video from the restaurant, which we are not showing due to its graphic nature, shows the woman coming inside the restaurant covered in blood. She appears to be talking to the customers inside before she collapses.

The 35-year-old jogger was stabbed at the corner of P and 11th Streets. Police say the suspect took off running down 11th Street. He was caught on surveillance Video walking through the neighborhood @wusa9 pic.twitter.com/xhZ7Dh9owo

Martinez was transported to the hospital where she was pronounced dead.

Police are searching for one assailant who fled the area southbound on 11th Street.

The person of interest is described as a black male wearing a mustard-colored sweatshirt that was about thigh-length, dark-colored sweatpants that were rolled up to expose part of his shins with white socks and light-colored sandals on his feet. You can see a picture and a video of him below.

“We are deeply saddened by this senseless tragedy. Wendy Karina Martinez was the light of our lives. Not only was she an avid runner, but she was a devout Christian, a wonderful friend, and a driven professional. Everything you hope that a daughter and a friend could be. She was also excited to be planning her upcoming wedding to her fiancé, Daniel Hincapie. They were engaged just last week.”

The family's entire statement can be read in the photo below.

In an earlier statement, police tweeted there were three suspects involved, but clarified it was just one during a Wednesday afternoon press conference, citing confusion with other people who fled from the scene out of fear.

Chief Newsham said it appears this was an isolated attack in an otherwise safe area.

"This is one of those types of unsettling incidents that sometimes happen in large cities, but it seems like a singular incident," Chief Newsham said.

Martinez was an avid runner known to run several miles across the city. She lived close to where the stabbing happened, Chief Newsham said.

PHOTOS: Avid runner fatally stabbed while jogging near her home in Logan Circle

"The best thing we can do right now is identify the person that's responsible," Chief Newsham said.

The motive of the stabbing has not been determined. Chief Newsham say it is more than likely a random attack, but said it was too early in the investigation to say for sure.

The Metropolitan Police Department currently offers a reward of up to $25,000 to anyone that provides information which leads to the arrest and conviction of the person or persons responsible for any homicide committed in the District of Columbia. Anyone with information about this case or the person of interest is asked to call the police at 202-727-9099. Additionally, anonymous information may be submitted to the department’s TEXT TIP LINE by sending a text message to 50411.