A criminal inquiry is also being reviewed by the department. Sources say the officer already has two pending use of force investigations against him. 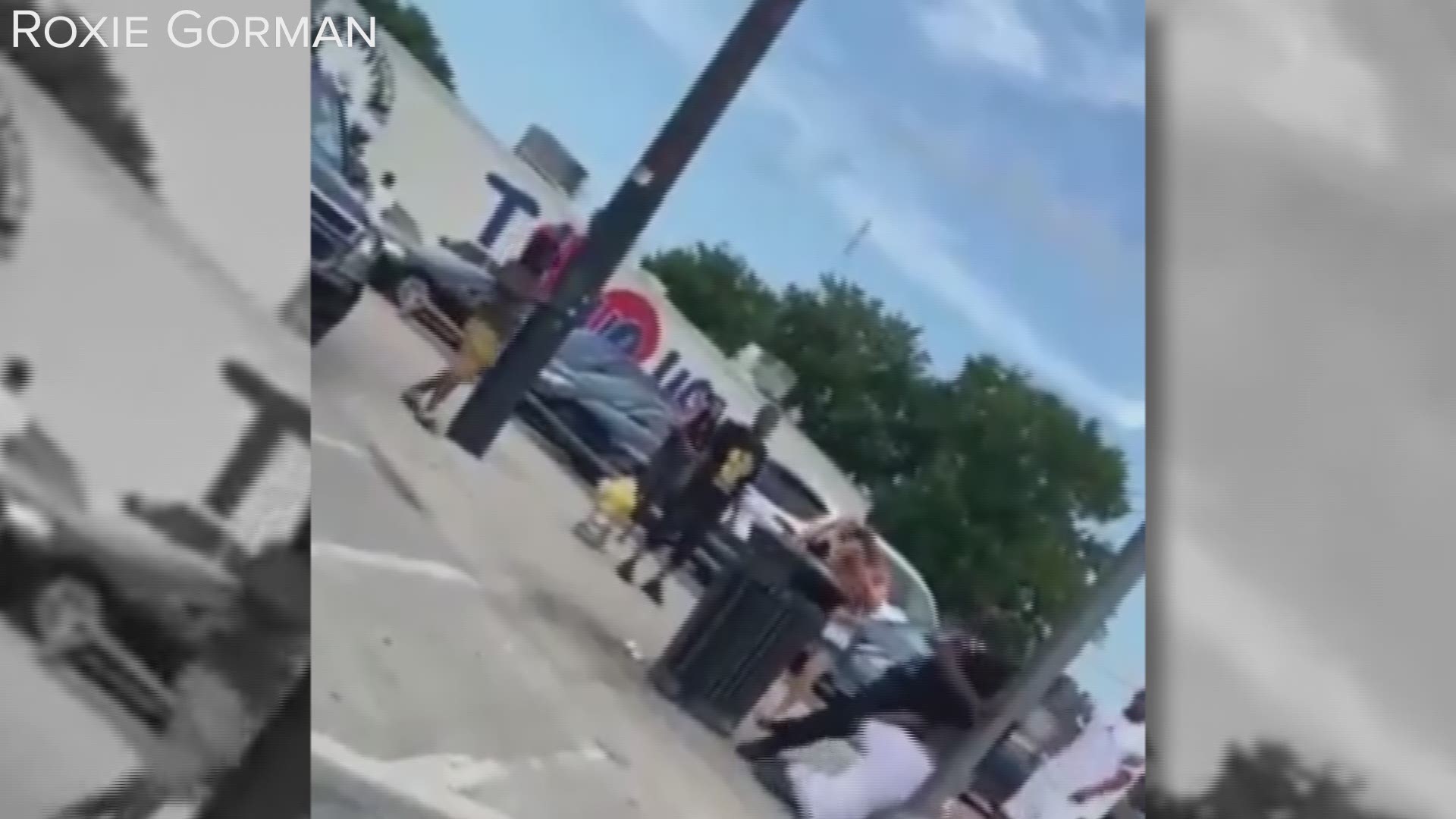 DALLAS — A Dallas police officer was placed on administrative leave after a video circulating on social media shows the officer punching a man several times on the ground outside a bar in Deep Ellum.

On Wednesday, the Dallas Police Department released a statement saying that the officer was placed on administrative leave pending the outcome of an internal affairs administrative investigation. A criminal inquiry is also being reviewed by the department, police said.

According to WFAA sources, the officer, normally assigned to SWAT, was working an off-duty job when the incident happened outside the Off the Cuff bar at 2901 Elm St.

Those sources also said that the officer on leave already has two pending use of force investigations against him.

Two other officers dealt with two other people when a man in a white shirt came towards them, the video shows. A third officer (presumably the officer placed on leave) tells the man to back up.

It appears that the officer knocks the man to the ground and punches him about five times before two other officers pull him off, the video shows. It's not clear when the incident happened.

Dallas Police Chief Eddie Garcia said in a news release that he would like to commend the officers who recognized their duty to intervene in the incident and deescalate the situation.

The officer's name was not released. No other information was available.