The two-alarm fire began around 9 p.m. Friday at a large hay barn on Jett Road. 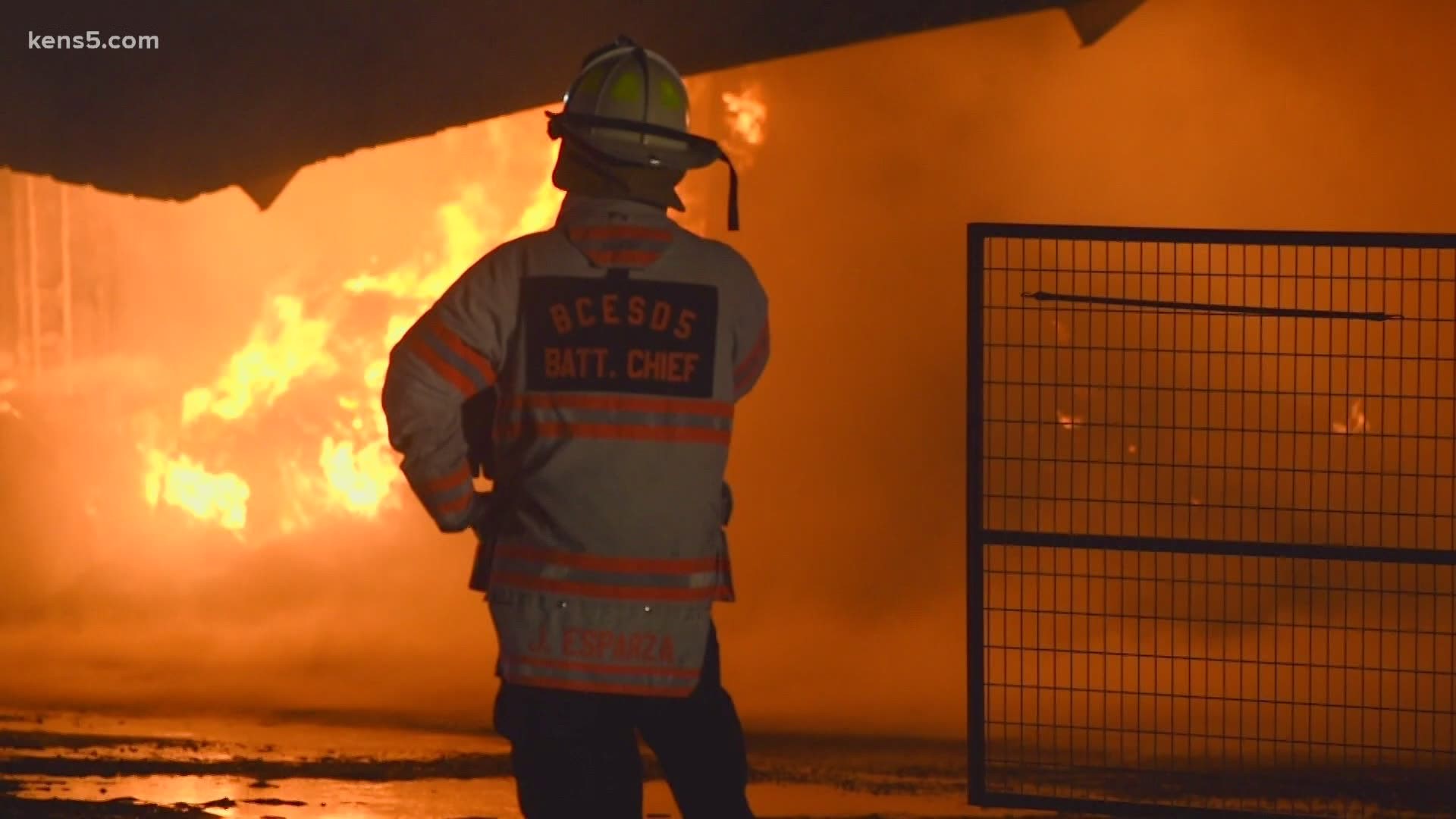 Crews were called out to the barn at Loop 1604 and Jett Road around 9 p.m. Friday.

At the scene, crews found the barn fully involved. The firefighters began to set up a defensive operation and fought the blaze for at least three hours, according to an official with Bexar County Fire.

It is unclear at this time what caused the fire, according to the official at the scene, but the fire did spread beyond the barn and involved other small structures, as well as brush and grass.

According to a spokesperson with Bexar County fire district 5, crews will continue to be in the area to monitor the fire as it burns out over the next several days. That decision was made when crews determined that it would burn out quicker than it would take for them to out it out.

Several structures have been deemed a total loss.