Fire officials say there were no injuries, but the damage was extensive and most of the people in that building have lost everything. 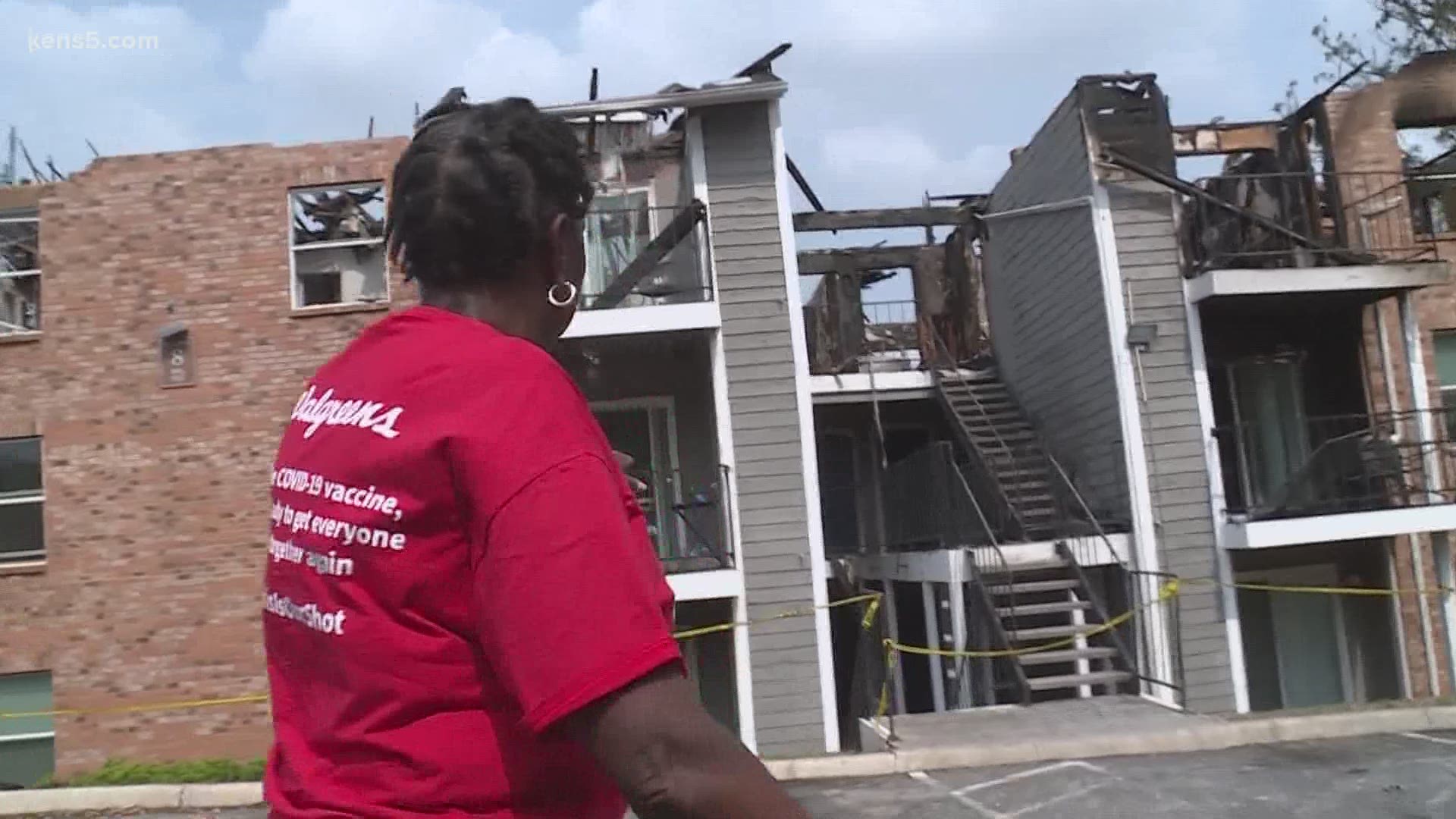 SAN ANTONIO — Fire crews saved at least 10 animals in a major apartment fire at the northeast-side Villa Rodriguez complex Wednesday morning. Crews were called out around 10:15 a.m. to the Nacogdoches Road property.

At least 30 fire units responded to the fire about a block away from MacArthur High School.

Fire officials said there were no injuries, but the damage was extensive and most of the people living in that building have lost everything. Most of the building's residents weren't home at the time. Many that came home discovered their apartments were destroyed.

Crews were also able to rescue at least 10 animals from the apartment building, according to officials.

"This is the third time this has happened," she said. "I come from Katrina. Then my house caught fire again, and now again."

The Hurricane Katrina survivor who calls San Antonio home lost her home once more in the apartment fire.

For much of Wednesday afternoon, residents – with the help of fire crews – sifted through their memories trying to salvage what they could.

"God has something better for me," Smith said. "And that is what is keeping me strong."

Below is a statement from the apartment complex:

“A fire took place at the Villa Rodriguez Apartments on Wednesday morning and we have spent the day assisting residents and the fire department. We are extremely thankful that no one was injured and have been working quickly to house individuals whose units were affected. Nine families have been relocated to open units on the property and we are working quickly to help the other families find accommodations.

"This has been a very difficult year for San Antonians, from the storms, to the pandemic and to last year’s fire on this property that was the result of a lighting strike. We have been in the process of rebuilding the units that were impacted. At this time we do not know the cause of the fire and are asking the San Antonio Fire Department to keep us informed as they investigate. We are fully committed to helping our residents navigate these difficult times."

Fire officials have not determined the cause of the fire yet.

The fire chief reported this is the third fire at the apartment complex in the last year. A lightning strike was responsible for one of those fires.

The Red Cross is helping about 60 to 100 people displaced by the fire and Animal Care Services is assisting with the animals.