"It is very credible that we could have tens – the high tens of millions of doses – of FDA-approved vaccine this year,” Secretary Azar told WFAA. 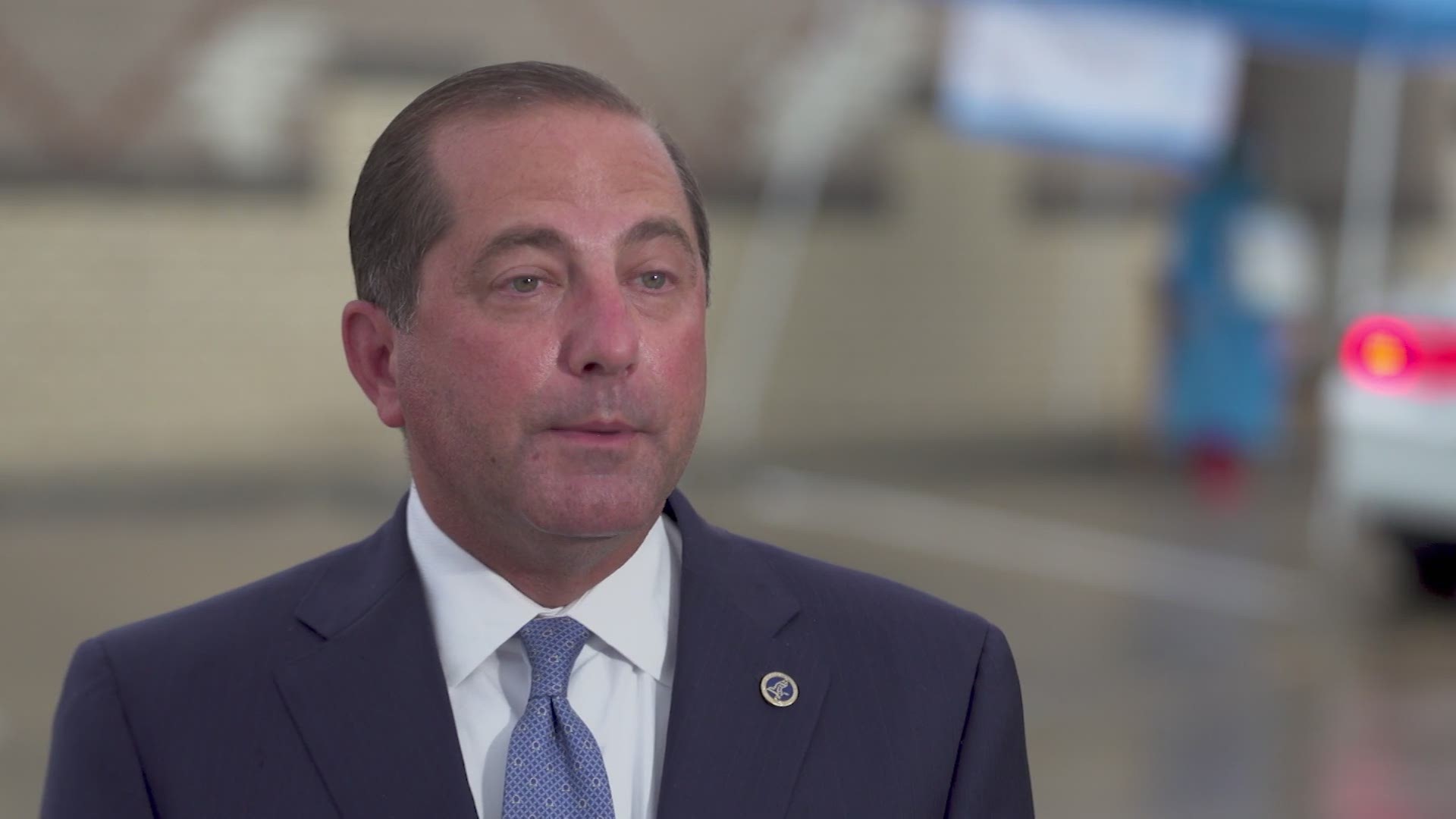 DALLAS — Health and Human Services Secretary Alex Azar said it is likely that a COVID-19 vaccine will be ready for public use by this fall.

“Yes, it is very credible that we could have tens – the high tens of millions of doses – of FDA-approved vaccine this year,” said Secretary Azar in an exclusive interview with WFAA, to air on Sunday’s Inside Texas Politics.

For weeks, officials in the Trump administration have predicted that a vaccine could be ready by the end of the year. In the past couple of days, researchers have announced progress that now makes that more likely.

On Monday, the National Institutes of Health announced that Moderna has begun Phase 3 clinical trials on its COVID-19 vaccine.

“It’s historic,” Azar added. “The Moderna vaccine, which was originally invented out of NIH, entered Phase 3 clinical trials – that the final dispositive phase, just four months after phase one. That’s not happened before in human history as far as we can tell in the developed world.

"Now Pfizer has also launched phase three with its vaccine. That’s two of the five vaccines that we have announced contracts, investments or partnerships with as part of the president’s Operation Warp Speed.”

Moderna’s Phase 3 trial will be conducted nationwide and is expected to enroll approximately 30,000 adult volunteers who do not have COVID-19, the National Institutes of Health announced yesterday.

“It will be a couple of months before we start seeing some data coming in on these but we are not waiting. The key insight of operation Warp Speed is we are scaling up commercial manufacturing of these vaccines now so that we’ll have hundreds of million of doses as we enter the new year," he said.

Azar was in Dallas on Tuesday to visit a COVID-19 testing facility in Oak Cliff and meet with leaders from FedEx at DFW Airport who helped fly distribute PPE in the early months of the pandemic.

The entire interview with the HHS Secretary will air on Inside Texas Politics, Sunday morning at 9 on WFAA.