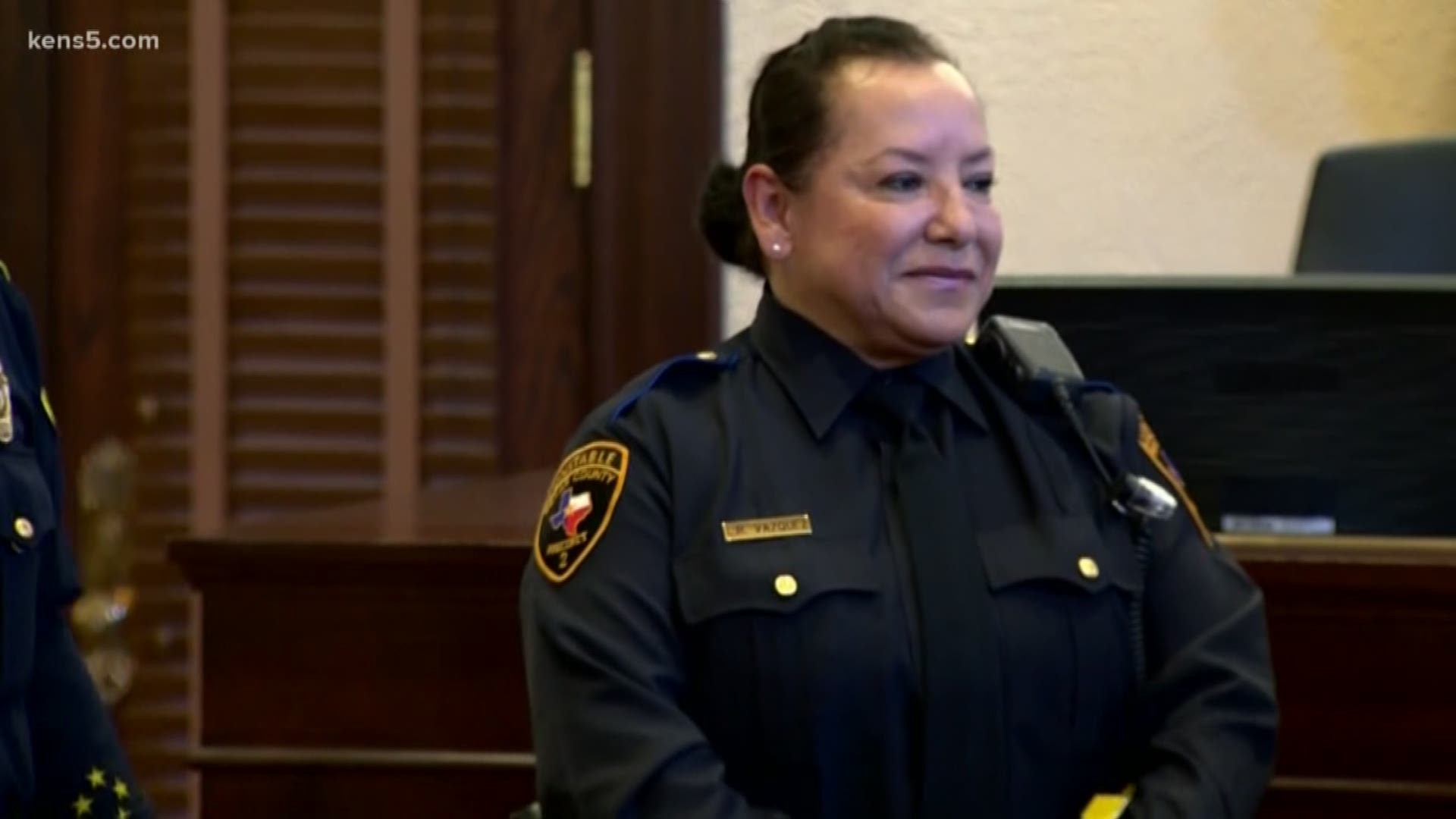 SAN ANTONIO — A judge ruled in favor of the County in a lawsuit filed by Precinct 2 Constable Michelle Barrientes Vela.

Wednesday, a District Court judge heard a plea to the lawsuit filed by the Bexar County Criminal District Attorney's Office. According to a spokesperson for the D.A.'s office, the judge determined "the court had no jurisdiction over the claims asserted by former Pct. 2 Constable Barrientes Vela and dismissed her entire lawsuit."

The ruling determines that a temporary restraining order keeping the County from replacing Vela right away is now "vacated and dissolved," and the County can move forward with installing an interim constable.

Vela invoked the so-called "resign-to-run" provision of the Texas Constitution when she announced to KENS 5 that she would run for Bexar County Sheriff in 2020.

Vela spoke to KENS 5 after her office was raided by the FBI and Texas Rangers on September 23. The FBI said they were executing the search warrants as part of a joint investigation with DPS Texas Rangers.