Couple with special needs overcomes barriers to tie the knot

The story of Amanda Camacho and Greg Holmes didn’t follow the usual path. 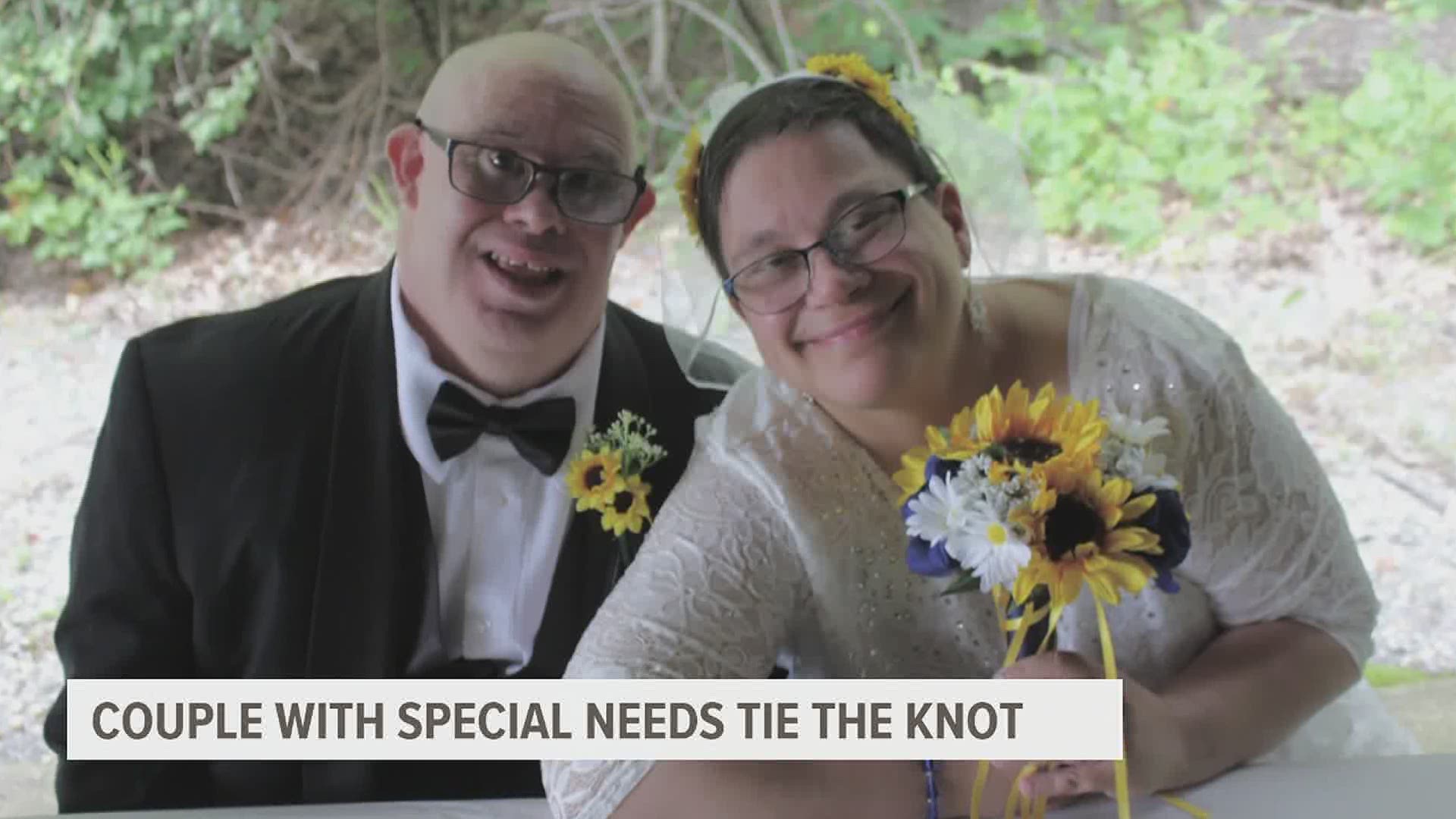 But the story of Amanda Camacho and Greg Holmes didn’t follow the usual path.

“I think they’re an encouragement to a whole group of individuals that have been thought over the years that they couldn’t obtain something that we all take for granted, which is a lasting relationship,” said Janice Camacho, Amanda’s mother.

Amanda has autism and Greg has Down Syndrome. Despite what many would consider obstacles, they wanted to find love and live independently.

Amanda is the youngest of six children.

“She’s watched all of her sisters get married and participated in some of their weddings,” Janice said. “This has been a life-long dream of hers.”

It was Amanda who originally asked Greg out in 2016. Earlier this year Greg proposed to Amanda at Grace Fellowship Church in Shrewsbury.

“We were both on stage,” Amanda said. “He got down on one knee and proposed to me and I said yes.”

The ceremony was held Aug. 15 at Rocky Ridge Park, with 40 guests in attendance.

Amanda wore a bejeweled gown and a veil adorned with fabric sunflowers. But Greg said that’s not what stands out to him about Amanda.

“It was her personality,” Greg said. “Her jokes.”

“What jokes? I don’t tell no jokes,” Amanda replied while the couple sat together for a videochat. “He does most of the joking.”

Amanda and Greg both live at a residential home in York County run by Penn-Mar Human Services. Greg moved in Oct. 5.

“As a society, it may be a little bit more difficult, it may take a little more work for people with IDD to reach those goals, but they are reachable,” said Marion Dyke, Penn-Mar’s group home residential supervisor. “I think for support staff and parents it’s really important to take those feelings seriously.”

Penn-Mar supports more than 400 adults with intellectual disabilities in Pennsylvania and Maryland.

Support staff who work with Amanda and Greg say they hoped their “happily ever after” can inspire other couples to reach their relationship goals.