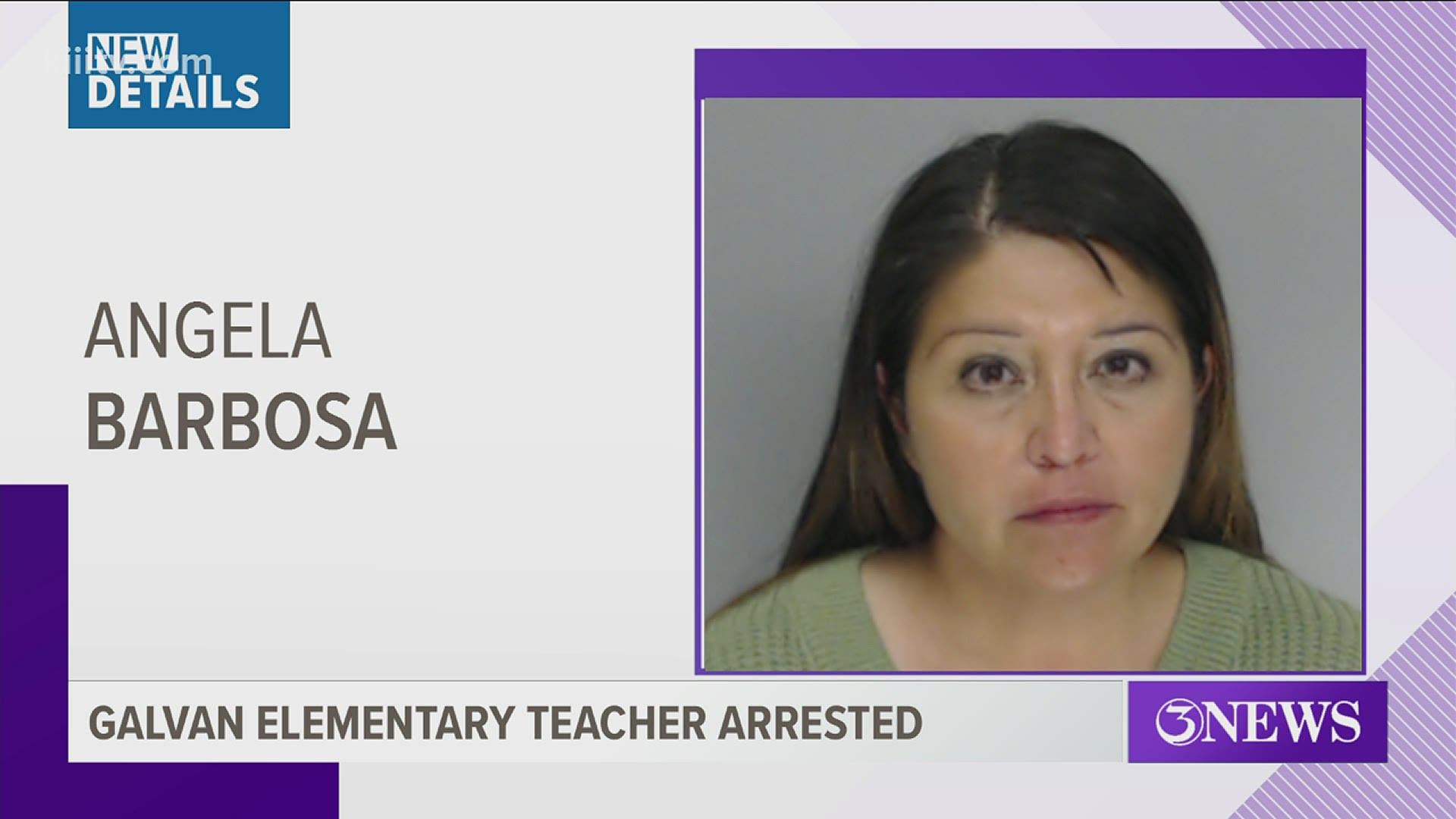 CORPUS CHRISTI, Texas — A teacher in the Corpus Christi Independent School District who was arrested on Monday in connection to a child pornography case admitted to sending nude photos of herself to a minor student, charging documents said.

Officials have identified the suspect as 45-year-old Angela Barbosa, a teacher a Galvan Elementary School.

According to the Nueces County Sheriff's Office, Barbosa was charged with possession with intent to promote child pornography and distribute harmful material to a minor. Charging documents state she sent sexually explicit photos to a minor student in exchange for a photo from him.

School officials tell 3News she is currently on paid administrative leave. CCISD released this statement about the matter:

CCISD prioritizes safety and takes allegations of wrongdoing seriously. In accordance with district procedure, Mrs. Barbosa has been placed on administrative leave with pay. The district is cooperating with authorities during the ongoing investigation. Anyone who has information to share with police is encouraged to call 888-TIPS.

Barbosa was booked in the Nueces County jail on Monday and is currently out on bond.

This is a developing story we will provide more information as it becomes available.