Experts say the so-called "Title 42" rule is partially responsible for the influx of unaccompanied minors seeking asylum in the United States. 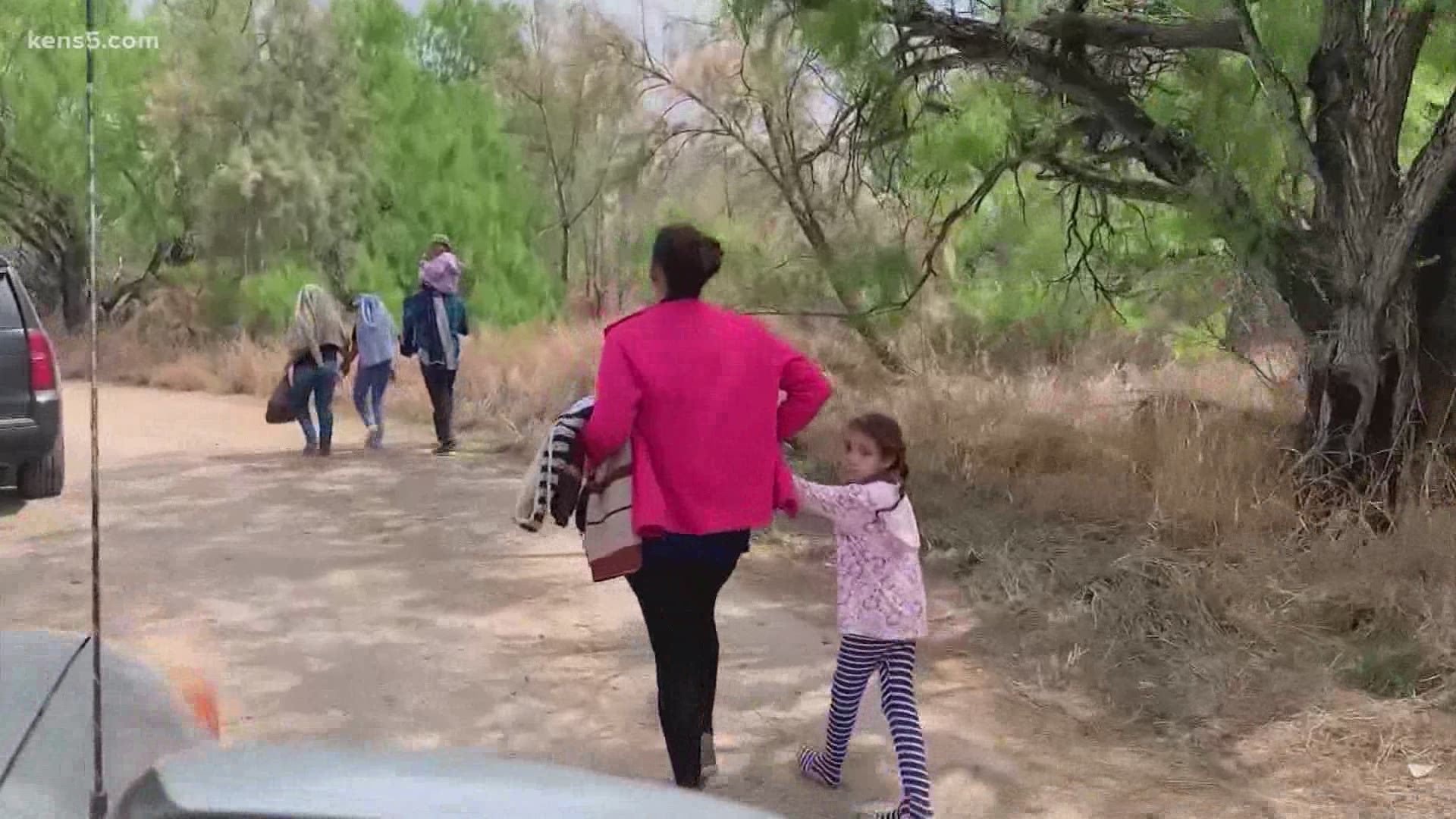 SAN ANTONIO — A policy meant to stifle infectious diseases' spread in the United States has caused some migrant children to leave their parents at the border and enter the U.S. alone.

The so-called "Title 42" rule is designed to prevent migrants from spreading an infectious disease inside border patrol holding facilities and, eventually, to the rest of the United States. The law allows the government to turn away people seeking refuge or asylum if an infectious disease is prevalent in the migrant's home country.

"The idea, in theory, was that there's a danger to public health resulting from the spread of the virus at these centralized, congregate facilities where a lot of people are forced into very small spaces," Refugee and Immigrant Center for Education and Legal Services (RAICES) attorney Will Chambers said.

President Donald Trump's administration used the law to end virtually all asylum-seeking at the onset of the Coronavirus pandemic in March 2020.

At the time, some experts argued the administration's interpretation of the law was flawed and its execution was illegal. It was not possible to "introduce" the virus to the U.S. since since COVID-19 was already present in the states, they said.

Still, Customs and Border Protection (CBP) sent hundreds of thousands of people back to their homes during the pandemic.

"Even if they've tested negative, or if they've previously had COVID and are in theory immune or not a carrier," Migrant Center for Human Rights attorney Sara Ramey said. "Even if they've gotten vaccinated, they're still being denied entry under this sort of illogical, and frankly illegal, rule."

"The policy simply hasn't changed that much," Chambers said.

In March 2021, CBP expelled more than 100,000 people under Title 42. During the same month, border protection picked up a record 18,663 children entering the United States without an adult.

"Parents are choosing to send their children across the border without them," Ramey said.  "They've gone the whole journey together, they're refused entry at the border, and they know the only way they can get their child out of a dangerous cartel situation in Matamoros or wherever is to send their kids across."

CBP takes custody of unaccompanied minors and sends them to emergency intake shelters, like Freeman Coliseum in San Antonio. The children wait there until they are reunified with a sponsor, essentially someone the government trusts to care for the child while the youngster seeks asylum.

As of April 12, there are nearly 1,898 children inside the Freeman. Only two children have been reunified with sponsors or parents since the first busloads of kids arrived on March 29.

"If the government would allow the parents to come in with their children, I think we'd certainly see a decrease in the number of unaccompanied minors," Ramey said.

Chambers notes that international travel continues, largely unrestricted, while asylum-seeking adults are turned away at the border.

"If you're allowing that many people into the United States from abroad, each carrying the risk of introducing COVID-19 or its variants, but you're saying we're not going to let this relatively small number of people crossing between ports of entry... are you really doing anything?" he asked.

Immigration attorneys and activists argue the policy is a violation of international law, which effectively requires the United States to care for refugees and some asylum-seekers.

But they also contend that the United States has no need for the rule, since COVID-19 is present in every single county or parish in the U.S.

"It's such an ineffectual order that the harm it's doing far outweighs any kind of public health good," Chambers said.