U.S. Congressman Lloyd Doggett is demanding answers on why CRE8AD8 was selected to distribute food from agriculture producers to families in need. 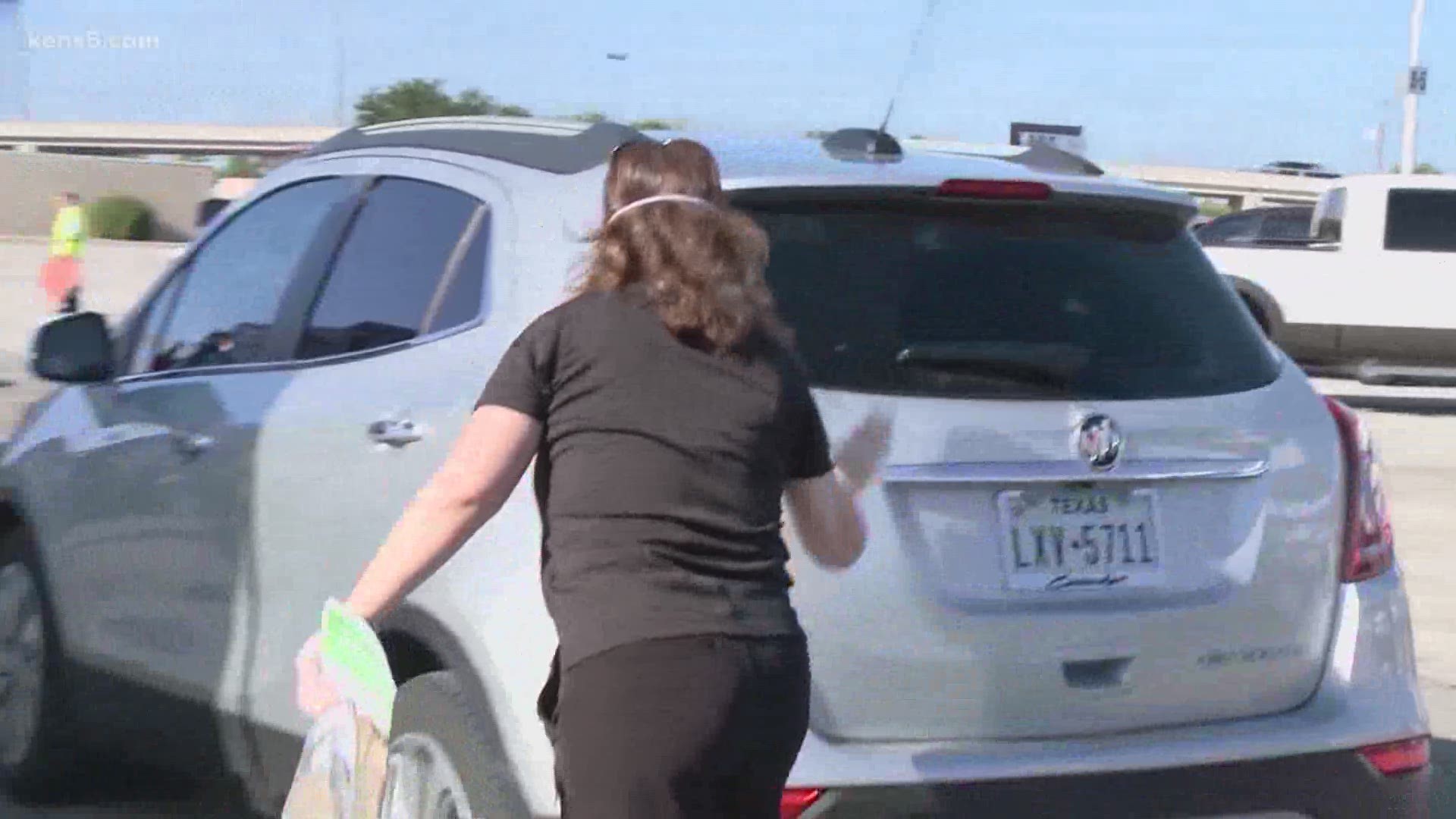 SAN ANTONIO — A San Antonio event planning company was awarded $39 million from the federal government to distribute food to families in need during this pandemic, a move that has been met with controversy and outcry from some politicians.

However, Democratic Rep. Lloyd Doggett, representing Texas, said the company has no experience, and hasn't given out a single box of food so far.

"It is amazing you can award a contract like this and see no delivery," he said.

Doggett said San Antonio families cannot eat on IOUs. He is furious about the money that was given to San Antonio company CRE8AD8 by the U.S. Department of Agriculture.

"If it weren't so serious and such a waste of taxpayer money at a time of such great hunger and need out there, I would want to turn it over to the comedy shows," he said.

The legislator is now demanding answers on why CRE8AD8 was selected to distribute that food, something he said the event-planning company has no relevant experience in.

"There were food distributors, other locally minority-owned businesses in San Antonio, that have experience doing this job," he said. "For some unfathomable reason, the bureaucracy chose someone who was a wedding planner and never done this. Now in operation, 750,000 boxes to be delivered by the end of June, they have not delivered a single box."

Recent investigative stories by the San Antonio Express-News caught Doggett's attention. One Express-News report uncovered what it called "dubious claims" made by the owner about credentials. In return, Doggett sent a letter to the USDA demanding it terminate the contract.

His preference: That the money instead go to San Antonio Food Bank.

"It is pretty late to bring in someone else to get the job done, but we would like to see that money available here," he said.

Since Friday, KENS 5 has been reaching out to the company for a response. While we haven't received a direct reply, CRE8AD8 has been active on social media; on Wednesday, its food distribution program, dubbed "Cre8ameal," wrote a post saying its target is to distribute more than 18 million pounds of food within the next 30 days to food banks and nonprofits.

CRE8AD8 also posted on its Facebook page last week that it received its license from the USDA to distribute the food.

Doggett is not the only one looking into this contract. Fellow Democrat Congressman Joaquin Castro wants the USDA to undertake an investigation. In a letter, he wrote in part: "At this moment of immense need, my constituents require an explanation. Why did USDA decide to contract with entities without a proven history or track record of fulfilling the basic tasks of the program over applicants with years of experience in the industry?"

KENS 5 received the following response from the USDA:

“This is a new, innovative approach to provide critical support to American farmers and families, and USDA moved as expeditiously as federal procurement rules allow to stand up the program and solicit offers,” said U.S. Secretary of Agriculture Sonny Perdue. “The Farmers to Families Food Box Program is distributing surplus food to people in need, while ensuring compliance with the highest food safety requirements, to communities across the country where it’s needed most."

From a USDA spokesperson: “USDA is working as quickly and efficiently as possible to purchase up to $3 billion in surplus fresh produce, dairy and meat products to feed Americans in need. USDA’s Agricultural Marketing Service constantly reviews the performance of the contracts awarded and under the terms and conditions of the contracts, USDA could continue or terminate the contracts for convenience. As of May 26, 2020, the only contract under the Farmers to Families Food Box Program that has been terminated is that of Ben Holtz Consulting, Inc. DBA California Avocadoes Direct. Disclosure of information related to contract awards is generally not authorized under the rules of the Federal Acquisition Regulations and federal law. In accordance with federal law, applicants’ proposals, information about the agency’s evaluation of proposals, and certain confidential contract details are not releasable.”