If you buy a six-pack, some of the proceeds are going to conservation projects at the San Antonio Zoo. 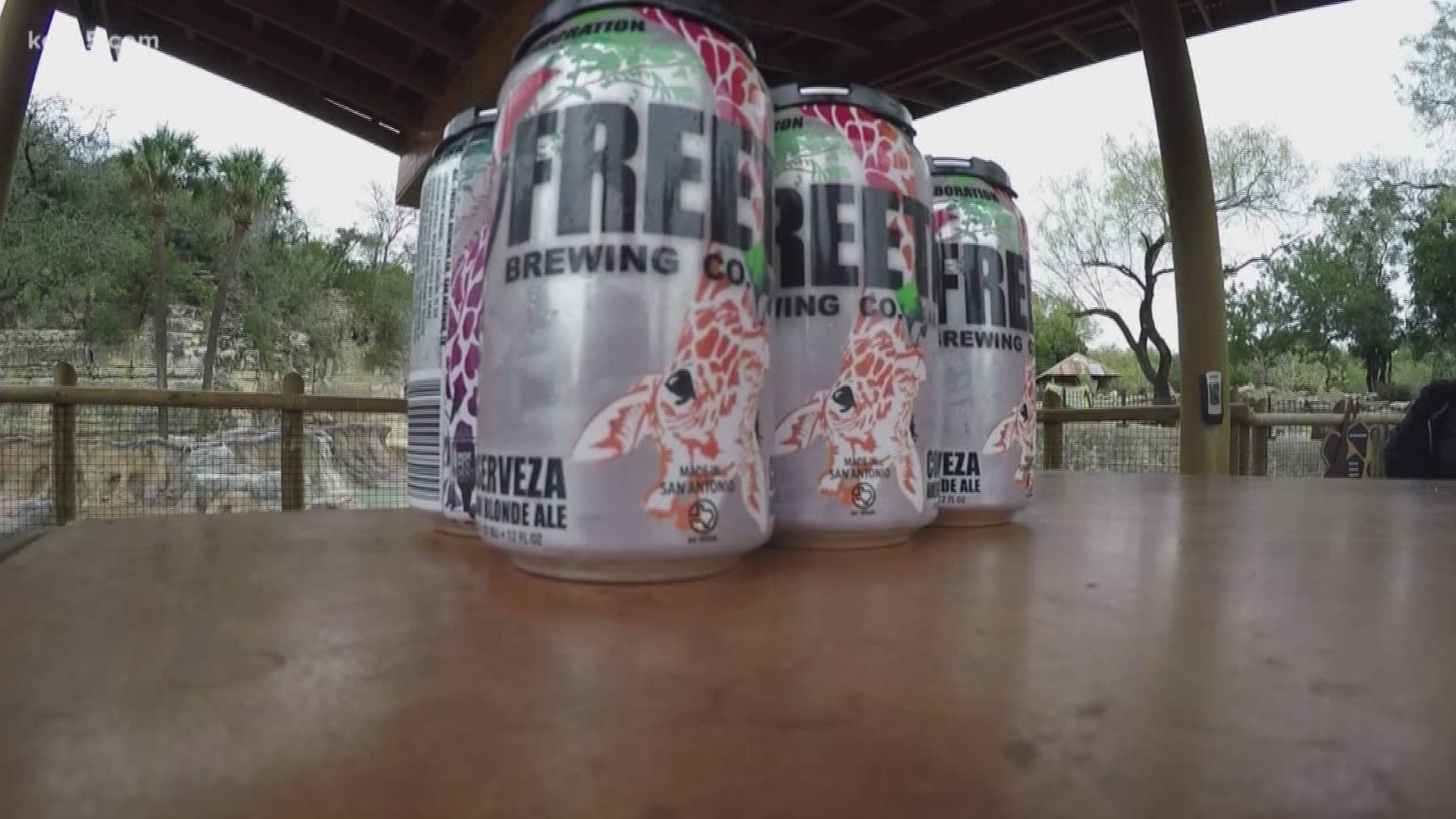 Sunday was declared 'National Zoo Lover's Day', and here's something to cheer about. Freetail Brewing Company and the San Antonio Zoo partnered up on a new beer that has a global impact.

Freetail Founder Scott Metzger said the beer in an American Blonde Ale that is easy to drink. A few months ago, Freetail Brewing came out with 'Conserveza.'

However, this isn't just any beer, according to San Antonio Zoo CEO Tim Morrow. "You are really drinking a great beer and helping save species, which is a really fun concept," he said.

The name of the beer is a combination of the words "conservation" and cerveza, which means "beer" in Spanish.

"It is a great local beer supporting conservation efforts here with our Edward Aquifer work, or our bat work, things like that or to China," Morrow said.

If you buy a six-pack, some of the proceeds are going to conservation projects at the San Antonio Zoo.

"We are really leading funding or participating in conservation efforts in nearly every continent of the planet," Morrow said.

It took about a year to make the San Antonio-made brew.

"You don't get a lot of opportunity outside of just coming to the zoo," Metzger said. "So, you can continue to support this, and support conservation efforts throughout the world just picking-up the six-pack."

Conserveza is in 50 HEB stores and some bars and restaurants, and the beer can changes about every three months to a different animal.