"Speed is the number one thing," a city official told KENS. 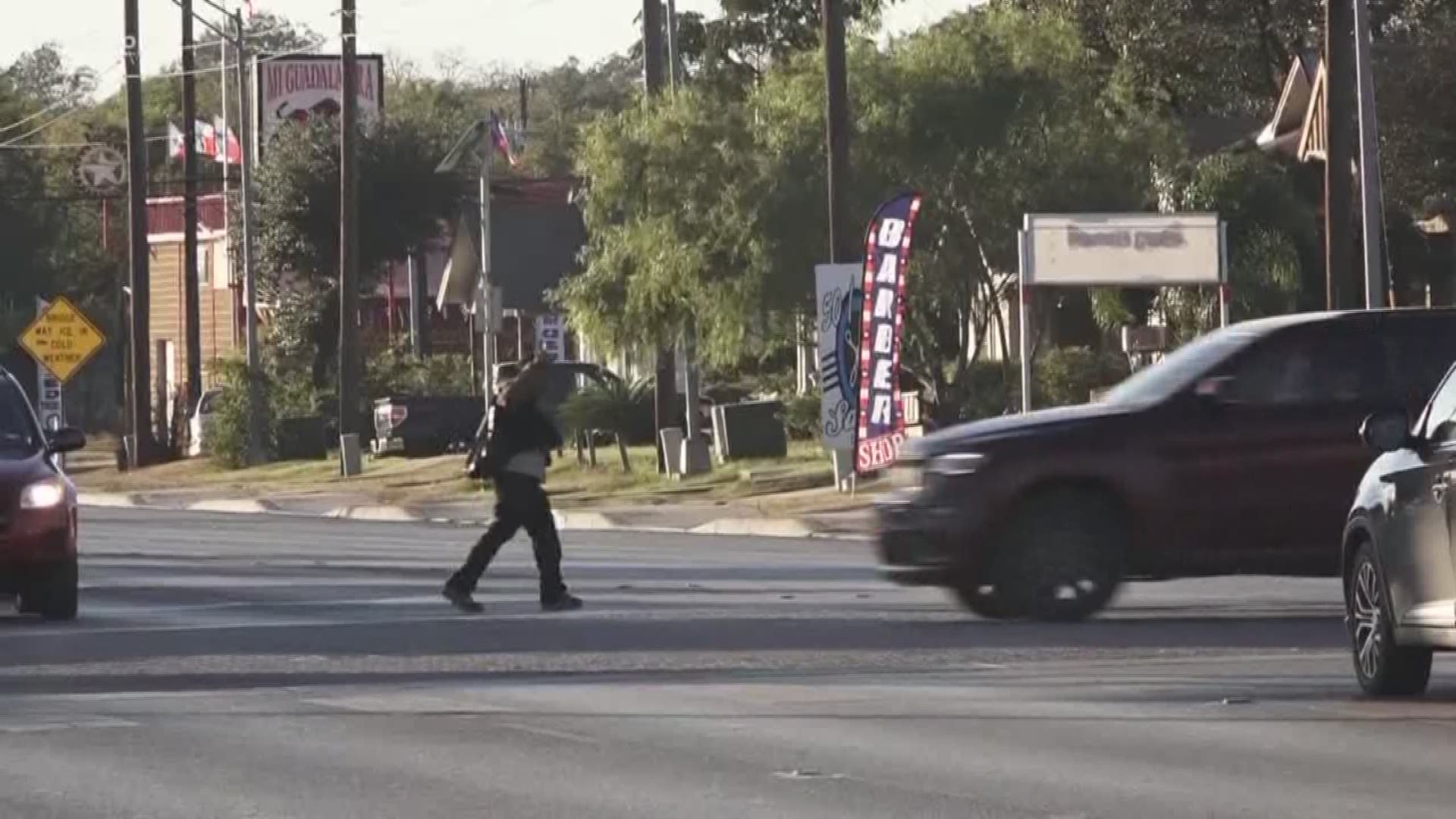 SAN ANTONIO — In the Alamo City so far in 2018, more pedestrians have been killed on city roads this year than in homicides.

Vision Zero San Antonio is an initiative created to help decrease the number of pedestrian traffic crashes in our area. According to them, through Oct. 31, 122 people have been killed on the roads. In the same time frame in 2017, 114 were killed.

That's more than the 96 homicides the city has seen this year.

The stretch of Cuelbra Road between Zarzamora and 28th streets is one of the deadliest areas for pedestrians. Mary Perez lives in the area and said she's one of the lucky ones that has survived a crash.

"I was riding a bike and they ran over me," Perez said "They took off right there on Culebra by the Valero."

She said she's seen her fair share of fatal incidents along Culebra and in the surrounding area.

"I don't even like to cross the street," she added.

Mary Arias said she has also called the city to complain about chronic speeding and asked for officers to patrol the areas around the school zones.

Per the city's website, Vision Zero San Antonio is installing a series of temporary signs that recognize WDR victims and also educate drivers that their decisions make a difference. That signage will be installed Nov.18, along that stretch of Culebra from Zarzamora to 28th.