A museum's worst nightmare: Dallas to restore Hall of State at Fair Park after pipes burst in historic winter storm

The Hall of State, which was built for Texas' Centennial Exposition in 1936, features some of the most recognizable art and artifacts from Texas history. 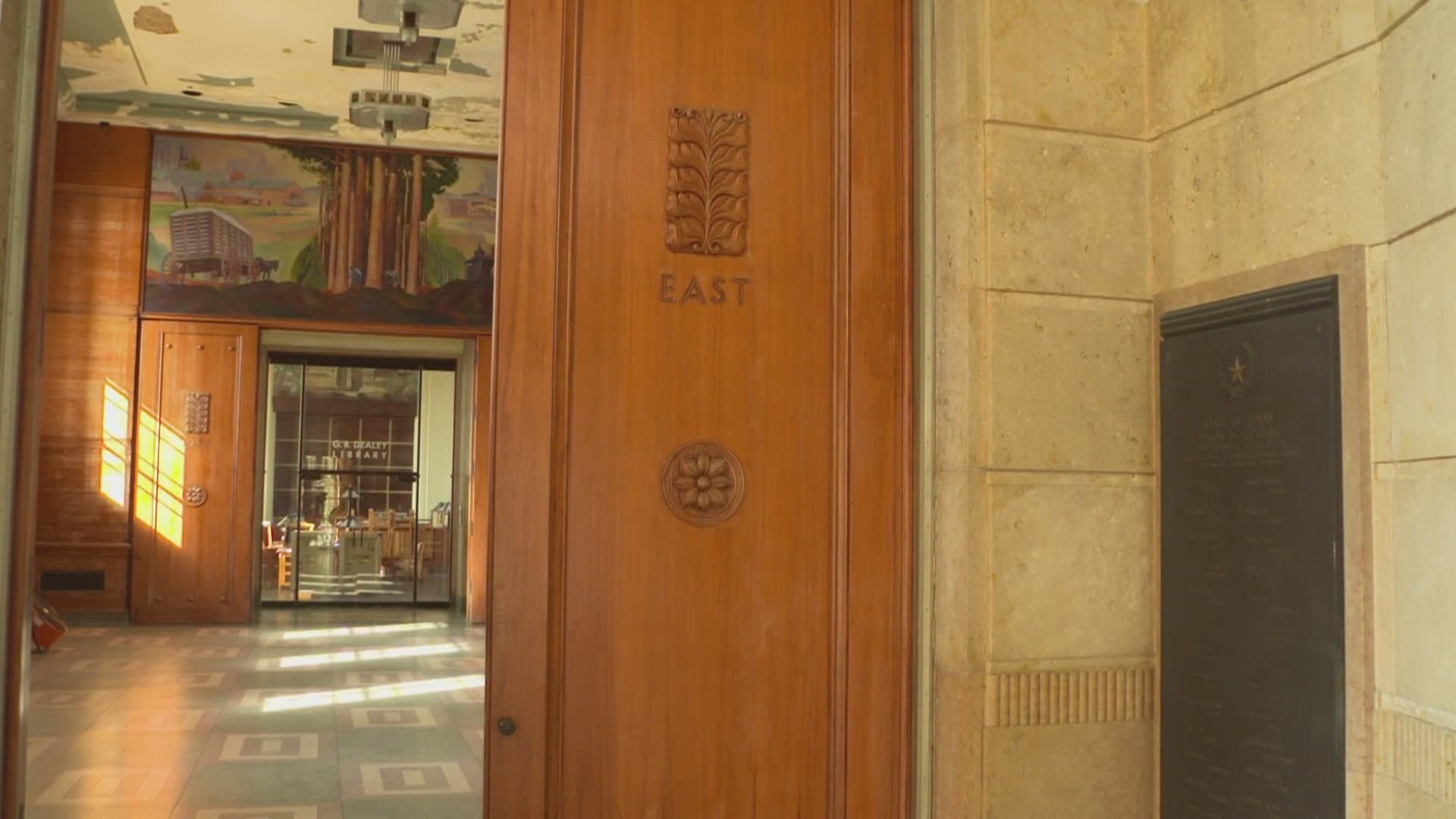 DALLAS, Texas — At Fair Park, the Hall of State remains closed due to damage it sustained during Texas's historic winter storm in February. Yet, on Wednesday, Dallas city council members took the first step to getting the symbolic museum back open.

On Feb. 17, when the storm was grappling much of Texas, the Hall of State lost power. Unable to heat pipes inside, administrators were called early in the morning about sprinkler system pipes bursting.

The Hall of State houses and features several collections of recognizable Texas art and artifacts. It also honors some of the state's heroes like Sam Houston and Davy Crockett.

In one area of the museum, you'll find Tom Landry's Super Bowl rings that he won with the Dallas Cowboys. Another? Davy Crockett's pistol and Santa Anna's spurs.

In the East Texas Room, water damaged the gum-paneled walls, orotone photographs taken by Polly Smith showing scenes throughout Texas in the early 1920s and 1930s, and murals depicting the region before and after oil was discovered.

Dallas City Council members passed a resolution Wednesday that would allocate $376,092 to restore and refurbish any damaged pieces.

However, roughly $3 million is still going to be needed to repair infrastructure to the building.

Karl Chiao, the executive director for the Dallas Historical Society, said the whole ordeal was a nightmare. The two things a museum tries to avoid most are fire and water damage.

The Dallas Historical Society has managed the building since 1938.

"You know, this happened around 4 a.m., and by 10 a.m., we had 25 to 30 people here helping," Chiao said. "We've got over three million items in our collection, and this is one of the three most historic buildings in Texas behind the Alamo and the State Capitol."

Roughly 1 to 4 inches of water had to be swept out of the building erected for Texas's Centennial Exposition in 1936. Fans are still drying it to this day.

Birnbaum captured volunteers in February, moving artifacts into the Great Hall, some of them needing to be dried out.

One of the soaked items was Quanah Parker's doeskin pipe bag. Parker was a war leader of the Kwahadi band of the Comanche Nation.

That is where the $3 million derives from.

Council members will likely approve the needed cash, because the City already spent $14.4 million on restoration to the building that was finished in December.

The funds were secured by voters in 2017, when a majority approved a bond sale for financing the renovation.

Chiao is looking forward to when repairs actually begin. He hopes the building can reopen in the coming months.

"It feels a little bit like Groundhog Day," Chiao said. "We just got done doing this renovation, and now here we are again. It's a little frustrating, but the good thing is we've done it before."

Below is Birnbaum's documentary on how the Hall of State was finally restored last year.