Alamo Plaza will close at 7 p.m. Monday night in an effort to prevent further vandalism and violence. 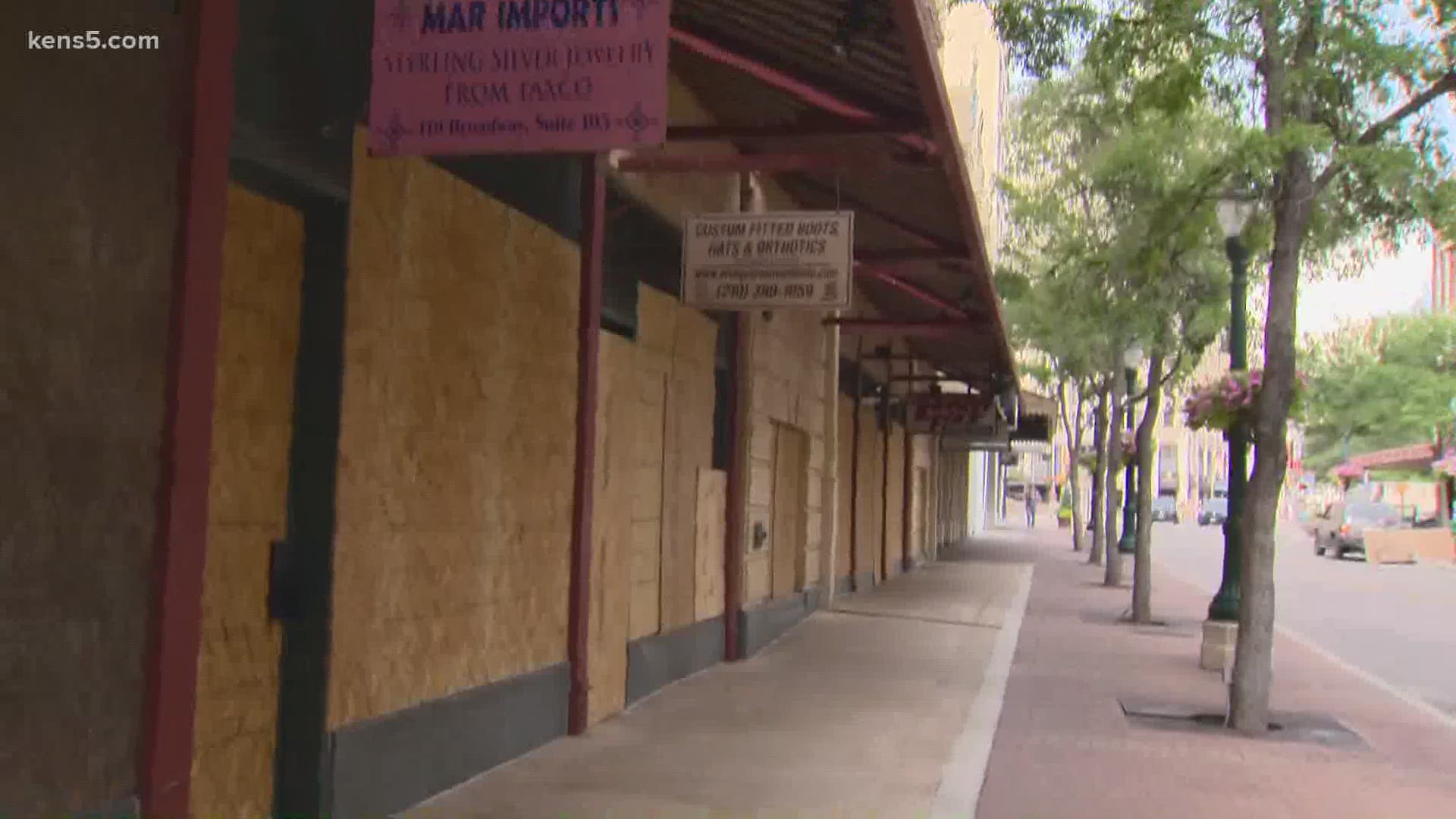 San Antonio Police Chief William McManus announced that police will close Alamo Plaza Sunday night, clearing the public out of the area in anticipation of protests.

McManus said that a large amount of police resources were used at the site Saturday night as demonstrators and armed citizens gathered there. The chief said police will begin escorting people out of the Alamo area at 5 p.m., and by 6 p.m. it will be cleared.

San Antonio officials are providing an update on preparations to ensure the downtown area is safe. The city also will talk about the temporary curfew, the local disaster declaration and cleanup efforts.

This comes after Mayor Ron Nirenberg signed a local disaster declaration last night and issued a temporary curfew between 11:30 p.m. on Saturday until 6 a.m. Sunday as demonstrations . He issued another curfew for 10 p.m. Sunday until  6 a.m. Monday.

City officials said 39 businesses suffered damage Saturday night, many right near the Alamo. They said that if any business suffered damage, they should call SAPD's non-emergency line at 210.207.7273.

Nirenberg commended both the initial peaceful protest and this morning's community cleanup, calling them hallmarks of San Antonio.

The City of San Antonio crews have been cleaning up the downtown area since early this morning and have removed all trash and debris from city streets, sidewalks and public areas.