Since the crash that claimed the lives of 13 members of First Baptist Church in New Braunfels, Pastor Brad McLean says despite the pain, his congregation has hope. 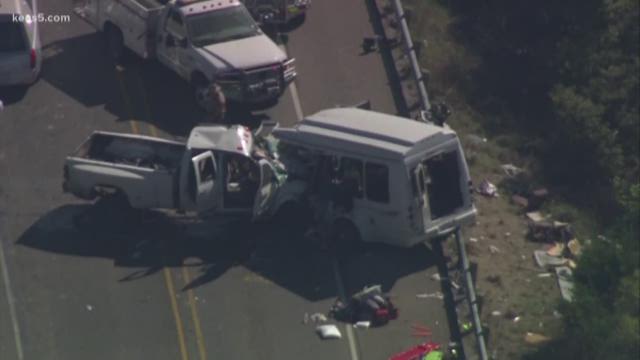 It's been almost 9 months since 13 people were killed in a bus crash in Uvalde County.

Their bus was hit head-on by Jack Young, a 20-year-old driver who investigators say was under the influence of drugs.

Pastor McLean says that in the months following that day, he has seen his church come together like never before.

“What was revealed in those moments and days following the bus crash was a strong faith,” Pastor McLean noted.

Their faith is in a higher power.

“There are those moments when you realize, 'Lord, I could ask why and I could be upset and unhappy with you in this process, but Father, your word tells us the number of our days is in your hands. Your word tells us when we leave this body, we're in your presence,'“ McLean said.

McLean added that he's forgiven Young and is optimistic about his future.

“I don't know the final outcome, but most likely he'll spend a good portion of his life behind bars. But there is still peace available in Christ, and that is my hope, that he will find that peace in Christ alone,” Pastor McLean said.

It’s a peace that McLean can’t help but talk about during a time when the world is seeing so little.

“Our Lord is alive and he's living and he's moving in lives today," Pastor McLean said. "And he's still bringing salvation to those who will call on his name."