The horrific church bus crash in Uvalde County has renewed focus on a state-wide bill that would ban texting while driving. 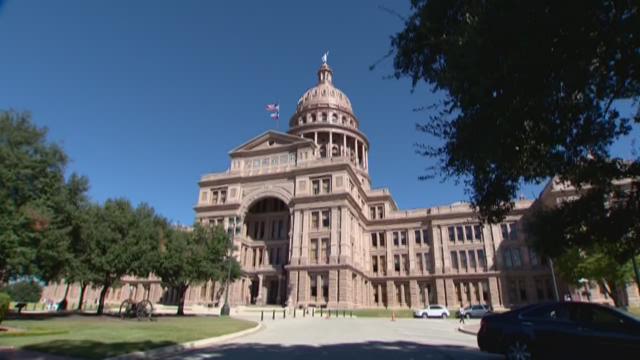 The horrific church bus crash in Uvalde County has renewed focus on a state-wide bill that would ban texting while driving.

On Wednesday, authorities said that 20-year-old Jack Dillon Young was driving his pick-up truck on Highway 83 near Concan when he crossed over into the oncoming lane. He slammed head-on into a church bus with senior citizens on board.

A total of 13 people died and only one woman survived.

Witnesses told KENS 5 that Young admitted he was texting and driving. They also recorded video of him swerving on the road minutes before the crash. The National Transportation Safety Board said that it's investigating the claim and have obtained both of the drivers’ cell phone records.

“The death of the members of the First Baptist Church of New Braunfels is tragic. My condolences go out to the victims, the victims’ families and the church family for their loss,” State Rep Tom Craddick (R-Midland) said. “I am saddened by the loss of life and appalled to learn that this crash could have been prevented if the driver of the truck had been paying attention to the road, not texting on his phone. No message or e-mail is important enough to risk injury or death while driving on our Texas roadways.”

Craddick is the author of House Bill 62, which would implement a state-wide ban on texting while driving.

"What we need is one uniform state law that's across the board on texting so people know what they can do, what they can't," Craddick said.

The Texas Department of Transportation reported in a 2015 study that 105,783 accidents were caused by distracted drivers and, out of those accidents, 422 were fatalities. Craddick has advocated for the ban for four successive sessions but it failed every time. This session, it has passed the Texas House of Representatives and is now in the Texas Senate.

Craddick says that he hopes voters will voice their concerns.

"I think the odds are better this time because of the awareness," Craddick noted. "We need help from people to talk to their senators and tell them to support the bill. It's up to us to solve it."

Texas is one of four states that does not have a ban on texting while driving.