The truck driver involved in the fatal church bus crash last month stated he had been on medication and was texting before the accident, a Texas Department of Transportation report shows. 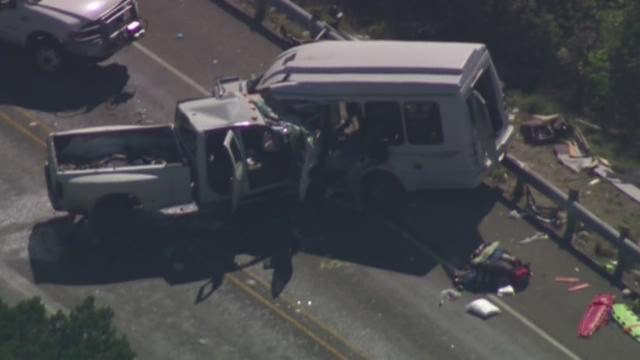 The truck driver involved in the fatal church bus crash last month stated he had been on medication and was texting before the accident, a Texas Department of Transportation report shows.

The new details surrounding the actions of 20-year-old Jack Dillon Young on March 29 are outlined in the Texas Peace Officer’s Crash Report filed with the Texas Department of Transportation, which was signed by DPS Investigator James D. Jones.

Jones stated the report will remain incomplete until all evidence has been analyzed.

According to a Texas Department of Public Safety affidavit for a search warrant, Young stated that he had consumed the prescription medications Clonazepam, Ambien and Lexapro prior to the crash. He also reportedly stated that he was distracted by his cell phone at the time of the crash.

A DPS investigator cited in the affidavit, Scott Hewitt, said Young's driving prior to the crash could indicate "intoxication by reason of alcohol, a controlled substance, a dangerous drug or a combination."

Zolpidem and Escitalopram are the generic forms of Ambien and Lexapro, respectively, according to the affidavit. Clonazepam is also reportedly a depressant with an effect similar to alcohol.

The affidavit also states Young could face manslaughter charges once his phone records are analyzed.

Young was caught on camera by another driver on March 29 swerving in and out of his lane before slamming into a bus that was carrying 14 members of New Braunfels First Baptist Church. Young and only one person on the bus were the only survivors in the collision.

The affidavit also states Young did not perform a standard field sobriety test due to injuries he had sustained during the crash.

There was also reportedly no evidence of an open container in Young's vehicle.

This is a developing story and KENS 5 will you keep you updated on as more information is released.

Download the free KENS 5 app for local updates throughout your day.